USA and NATO in the Far East 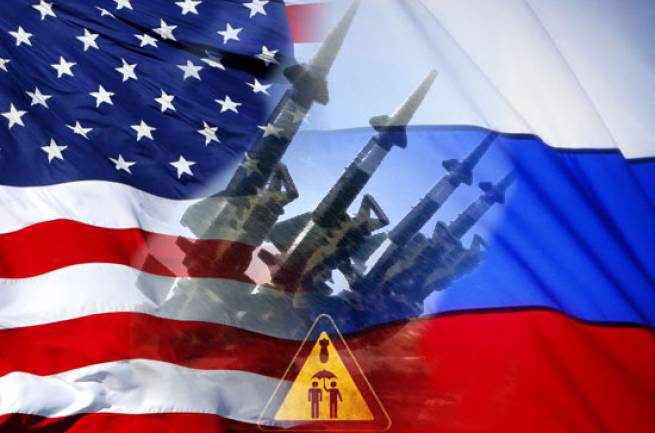 The last Asian tour of US Defense Secretary Chuck Hagle (already the third in a row!) And Secretary of State John Kerry, who visited Japan and South Korea, demonstrated the US intention to strengthen its strategic position in the Far East.

In Japan, a new US military base will be created, which will house Global Hawk drones. The United States will send two squadrons of MV-22 Osprey to Japan, for the first time outside the United States, the P-8 naval patrol aircraft and the F-35B attack aircraft will be involved. The new US-Japan agreement also provides for the deployment of a US Marine Corps in Japan, the creation of a new "working cyber group" and the installation of a TPY-2 radar system to strengthen Japanese air defense systems ...

Global Hawk UAVs (range - 4400 km, height - 18 thousand meters) allow you to monitor both China and the Russian Far East, to receive operational information about movements of vehicles and military units stationed in the region, routes of Russian ships, and also to monitor for the pace of work at the Vostochny cosmodrome. To this should be added offensive cyber capabilities. Since 2008, the term “carpet bombing in cyberspace” has been used in the American military dictionary. UAVs can produce such "bombing" by the directional application of harmful interference, distortion of traffic on the air, etc.

Expands its capabilities in this region and NATO. At the headquarters of the alliance, they have already expressed their full support for American policy in the APR. According to NATO Secretary General Anders Fogh Rasmussen, "The Alliance does not plan a long-term military presence in the Asia-Pacific region, but intends to fully strengthen cooperation there with its partners."

At the same time, in Brussels, they try to cover with such “cooperation” the maximum number of countries in the region, despite the contradictions between them.

The idea of ​​a “global NATO” is aimed at covering in perspective the area of ​​responsibility of the alliance for a huge arc from the Mediterranean through Afghanistan, Pakistan and India to the Far East and Southeast Asia. Already 2012, Singapore and Malaysia, not being members of the alliance, sent their military contingents to participate in NATO operations. NATO is also negotiating engagement with Brunei, Cambodia, Indonesia, Laos, Myanmar, the Philippines, Vietnam, and Thailand.

In 2012, several countries, referred to as NATO’s “global partners,” concluded individual partnership programs with the alliance. These are Mongolia, New Zealand, the Republic of Korea and Iraq. In the same year, a joint political declaration of NATO-Australia was signed, indicating, according to NATO estimates, “a determination to deepen cooperation in order to counter common threats.” And in April, 2013, a similar declaration was signed by NATO Secretary General Anders Fogh Rasmussen and Japanese Prime Minister Shinzo Abe.

All these initiatives have in mind primarily the crisis situations in the East China and South China Seas and have a pronounced anti-Chinese orientation. Marvin Ott, a CIA expert on East Asia and deputy head of the Senate Intelligence Committee, said that “effective measures to combat the US against Chinese ambitions imply the development of a rather sophisticated strategy” (1), which should consist of six points.

1. One of the central objectives of the US strategy is to avoid bilateral confrontation with China and create an “integrated” deterrence system in Southeast Asia, including a number of ASEAN countries, each of which defends its own interests.

2. Control of sea lines of communication are among the vital American interests.

3. The US strategy should be based on the UN Convention on the Law of the Sea (note that so far the United States has not signed this convention).

4. The ASEAN and ASEAN-plus mechanisms provide an additional and important element of “complexity” in the “containment of China” system.

5. An important element of the strategy in an overheated regional environment is the strengthening of the US Pacific Command (PACOM), given that for four decades since the end of the Vietnam War, the Pacific Command has not fought any hostilities.

6. A successful strategy should be built on close understanding with the governments of the region. This will require serious “strategic exchanges” at many levels with NATO partners in ASEAN (in the field of defense, foreign affairs, intelligence and analytical centers), as well as with other countries (Australia, India, etc.). The Pentagon has already initiated several "strategic dialogues" in the region (Vietnam, Malaysia, etc.) that require further development.

These calculations by an expert from the CIA allow a better understanding of US plans in the APR. The notorious "complexity" of US military construction in the Pacific can be achieved only at the cost of worsening relations with China of those countries that "peck" on Washington's strategic proposals. Meanwhile, the traditional strongholds of the United States (first of all, Japan and Australia) will continue to be strengthened, turning into the permanent presence zones of the Pentagon, the CIA and the NSA. Washington will not spare money for this.

Ctrl Enter
Noticed oshЫbku Highlight text and press. Ctrl + Enter
We are
Military reform as an integral part of the security concept of the Russian Federation: Systematic dynamic assessmentSay a word about poor Japanese
51 comment
Information
Dear reader, to leave comments on the publication, you must to register.