October 19 2013
1
Man developed many qualities of shepherd dogs, thereby strengthening their ability to perform other tasks. Today, they are used in the army, at the border, in the police, working as lifeguards and guide dogs, doing other work. All shepherd dogs are similar in their physique. The length and height of the body they are about the same, the neck is directed at an angle of sixty degrees, the tail is saber, the hair is thick, hard, well protected from the weather. 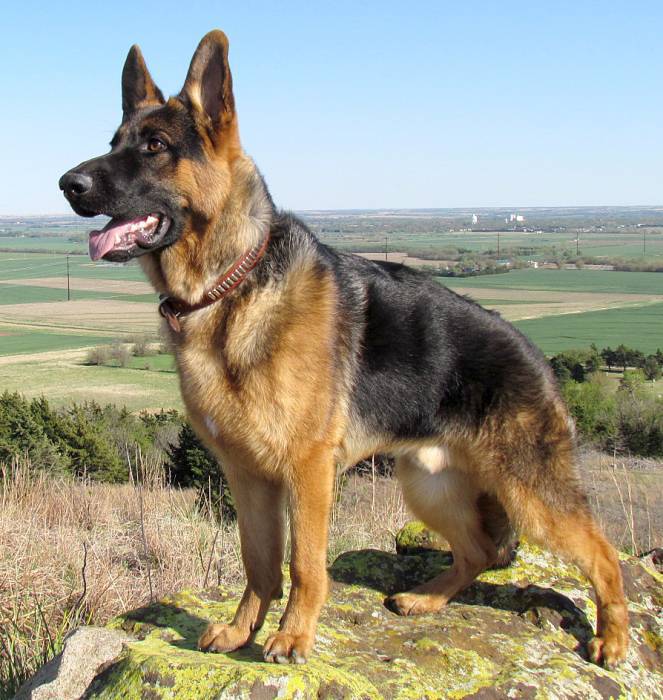 Especially popular is the German Shepherd. This service dog is well developed physically and has good psychological indicators. She is capable of performing any task except hunting. The dog is strong, sensitive, courageous. Submits to one owner and members of his family. She is very well trained. The height of such a dog reaches sixty-five centimeters. Eyes “smart”, chestnut color. Her muzzle is strong, with well developed jaws, large and sharp teeth. The appearance of her enchants people. The voluminous rib cage, tightened abdomen, and even front and back angular legs give her the opportunity to run and jump for a long time and easily. The dog has a hard coat with a dark and red hues, sometimes black or wolf-colored. Collie (Scottish Sheepdog) looks like an aristocrat. It has an exquisite, somewhat decorative look. Its height is about sixty centimeters. The head of a collie is elongated with an elongated nose. They are long-haired and short-haired. The coat color is red with white, sometimes marble, usually three-colored. Tervueren (Belgian Shepherd) is similar to the German Shepherd and is its progenitor, which shows their similarity in many ways. Their height is about sixty two centimeters. The coat is long with a reddish-red color and a darkish bloom. She is very mobile, differs by quick wit and successful training. Bullets (Hungarian breed) - a dog up to forty-five centimeters tall and very similar to the Tibetan Terrier and Komondor (in terms of wool composition). The dog is well mobile and worn on the territory, tirelessly. It is very sensitive, therefore it is used in protection. Bullets have a color white, black, gray or brown. The Croatian Shepherd Dog (Yugoslav breed) has a small size (height up to fifty centimeters), but a powerful and strong physique. She is capable of long hard work. She is a good caretaker, can graze sheep, cows, pigs. She is very friendly to children, good for learning. This shepherd has a tough black wool.

Having decided to acquire a dog from the breed of shepherd, you need to remember that they are advocates and helpers to people, and it is desirable to use them for their intended purpose, otherwise they will lose their natural abilities. It is best to keep them in the territory, in the courtyards or, in extreme cases, in large rooms. A prerequisite for their content is training. Such a dog must be trained, obedient and controlled.
Ctrl Enter
Noticed oshЫbku Highlight text and press. Ctrl + Enter
We are
Sapper dogsAn-12 in Afghanistan
1 comment
Information
Dear reader, to leave comments on the publication, you must to register.