Russia will help the migration commissioners?

October 21 2013
154
Until the thunder clap, the peasant will not cross himself ... The thunder of migration problems in Russia has repeatedly boomed: from shooting prancing "Caucasian" weddings in the center of the capital to criminal violence on domestic, ethnic and religious grounds, from the dominance of illegal immigrants to the markets to the manifestation of special activity of radical preachers. Only here not all men, as the saying goes, were baptized ... Representatives of the authorities (in particular, law enforcement agencies) continued to declare that they are ready to solve the problems of illegal migration, ethnic and not only ethnic criminalization of outlets and religious institutions, and keep the situation under control . Only this control was clearly unintelligible, which resulted in new and new criminal episodes.


It seems that the last thunder, after which the authorities wanted to "cross themselves" and the authorities too, was the sensational murder in the Moscow district of West Biryulyovo. And not so much the murder itself, as the reaction of ordinary Russian citizens to the situation that leads to such criminal manifestations. Mass riots in the south of the capital, a huge resonance in the press, the growth of nationalist sentiment in society has forced the authorities to think about finding ways to solve the urgent issue of migration control. What are these ways, and what could be their effectiveness? Worth discussing.

One of the ways to solve the problem was suggested by the members of the Council on Interethnic Relations under the President of the Russian Federation. The members of the council decided to appeal to the president of the country in order to appoint a specific person who would deal with issues of inter-ethnic politics and migration in the country - a sort of ombudsman for nationalities and migration. 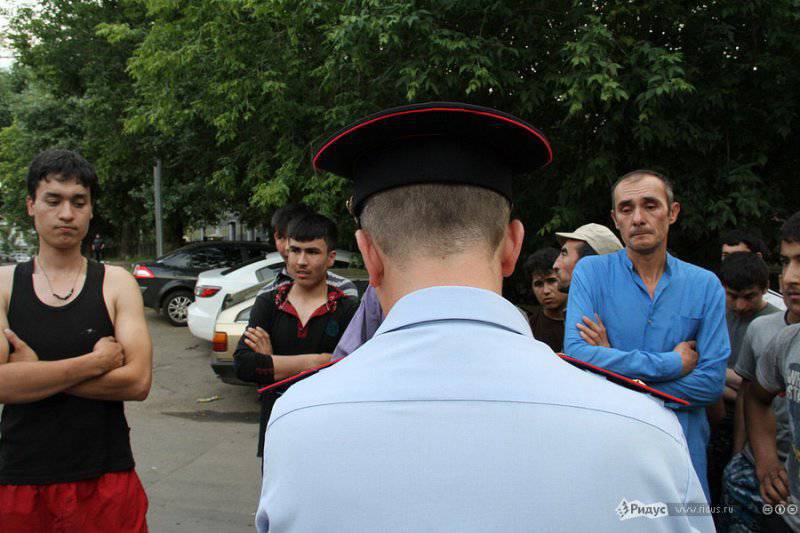 It is worth noting that the president himself is the chairman of the Council for Inter-Ethnic Relations (CIO) under the president ... Therefore, it can be assumed with great probability that Vladimir Putin will be ready, as they say, to comprehensively consider the proposals of the "ordinary" council members. By the way, the next meeting of the SMO will be held in Ufa, and will also be devoted, among other things, to discussing the question of vesting a particular person in Russia with special powers.

Now it is said that the Ombudsman for interethnic issues and migration issues (migration commissioner) will have to first of all intensify the work of individual departments that are currently engaged in dealing with migration and national issues in the Russian Federation. In addition, the post of migration commissioner, according to those who came up with the relevant idea, is also being introduced, so that there is someone to ask ...

Proceeding from such a message from the authors of the idea, it turns out that today in Russia for uncontrolled migration, crimes on ethnic grounds and public explosions, which reveal themselves in this regard, there is nobody to ask. In this regard, the question arises: what did the representatives of the FMS, law enforcement agencies, and the very Council for Interethnic Relations under the President, in the end, do to this day? That is, it turns out that the proverb about the eyeless child of seven nannies worked again, and it was impossible to ask one of these nannies for an oversight for the “child” ... Somewhat strange position. If it is really impossible, then for what purpose then all these state "institutions" exist?

So, let us assume that in the near future a so-called migration commissioner will appear in Russia, who will have to restore order in relations between various departments. The need to establish such an interdepartmental order is expressed, for example, by State Duma deputy Alexei Zhuravlev, representing the United Russia faction in Duma, but somehow for some reason presiding in the Rodina political party, before joining the party, first a member of the CPSU, then the Communist Party The RSFSR, and then the "Fair Russia" ... Alexey Zhuravlev, let's say, part-time, works in the aforementioned Council for Interethnic Relations under the President.

What will the “inter-ethnic” ombudsman be directly involved in, and what will be his powers? The authors of the idea say that the authority should be the widest (up to the expulsion of illegal migrants from the country), and the migration commissioner will obey only the president and no one else. But how effective will such work be? In the conditions of total bureaucratization, an inter-ethnic ombudsman that has emerged can turn into a kind of scapegoat on which it will be possible to recoup all branches of government and in addition to the public for any inter-ethnic friction. There is a high probability that after the appearance of such a position, the same people who initiated it, will declare: we have a migration commissioner, now all the questions to him are asked, and the FMS, the police, the legislative, the executive and the judiciary wash their hands. In such a situation, the post of migration commissioner will be, if not shooting, then something close ...

And to what extent will the departments of Konstantin Romodanovsky and Vladimir Kolokoltsev be prepared to obey the instructions of the migration commissioner? This is also not an idle question. In order to submit, we, as you know, even the legislative framework is sometimes not enough. Something else is needed ... “Something else” in this case is the authority that such a person should possess. And the authority is indisputable, otherwise the whole idea is no more than puff even before the start of its full implementation.

It should be noted that among the experts have already shown themselves those who believe that one commissioner will not be enough to solve the problem, and that at least two are needed. In style: one commissioner is good, but two is better ... A sort of commissar tandem, which again can lead to the next incarnation of the proverb about the seven nannies. The author of the idea of ​​a “commissar tandem” is, in particular, Mikhail Denisenko, who is a staff member of the Higher School of Economics.

There are representatives of the CMO, who claim that even two commissioners for migration and interethnic relations will not be enough. Such members include, in particular, the State Duma deputy, Cossack ataman Viktor Vodolatsky. According to Mr. Vodolatsky, Russia needs to create a new ministry that will deal exclusively with national issues and migration issues. 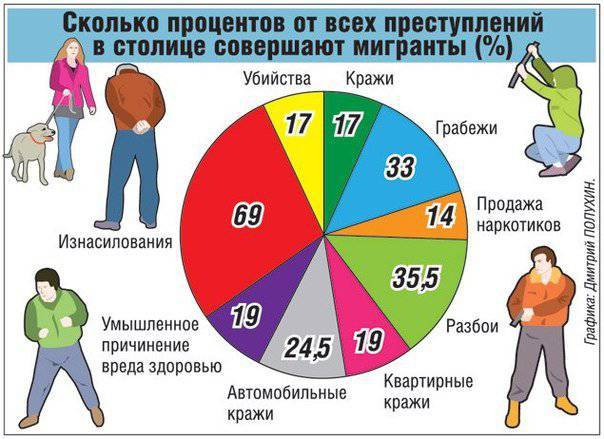 No, you can certainly fully agree with the proposals of deputies and other experts and create a whole placer of "responsible", but will this solve the problem itself? If, for example, in some urban neighborhood roofs are leaking in most residential buildings, then you can appoint as many special commissioners as to roof repairs, even create a committee in the State Duma or an entire roofing ministry in the government of the country, but who can patch the roof the end result is that the head does not drip? ..

If there are more than 13 millions of foreign migrants in the country, including a large percentage of illegal immigrants, and if the legislative base tells us that almost all of them are our economic saviors, then you can attach a “national” ombudsman to at least everyone - a close sense to zero.

Ctrl Enter
Noticed oshЫbku Highlight text and press. Ctrl + Enter
We are
Criminalization of Russia. What is the essence of the influence of criminal counterculture on societyResults of the week. “And you, stupid, scoffed at me ... Here's a saying for you - don't wake famously, as long as it's quiet ...”
154 comments
Information
Dear reader, to leave comments on the publication, you must to register.