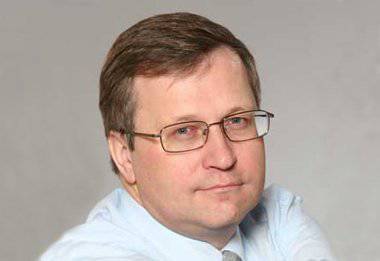 During the day, the radiation level in groundwater samples at the Japanese nuclear power plant Fukushima-1, which the accident suffered two years ago, increased 6, 5 thousands of times. Earlier, radiation was found in seawater. The situation is commented on by the Chairman of the Development Movement Yury KRUPNOV.


- We will call things by their names. The threat to the safe existence of the Far East, the Asia-Pacific basin has become a reality. During 24 hours, the level of radioactive beta radiation in groundwater samples at the Fukushima-1 NPP was 400 thousand becquerels per liter. How could radiation get into the water? Experts believe: along with the showers brought by the typhoon. However, after the accident at this power plant in 2011 in March, the Japanese authorities seemed to have done everything possible to eliminate its consequences and restore the normal life of their citizens. Around 70, the Japanese nuclear power plants were stopped or completely mothballed. But this, apparently, was not enough.

In August of this year, at the Fukushima-1 NPP, the largest after the 2011 accident was 300 leaked tons of radioactive water (with a strontium concentration of about 80 million becquerels per liter) from a tank where water is stored after cooling of the reactors. The Nuclear Energy Control Committee has assigned a third hazard level to the leak. There is a risk of it falling together with groundwater in the ocean. These fears, apparently, were justified. Already in October, radioactive cesium-1 from this nuclear power plant was detected for the first time in seawater outside the technical port of Fukushima-137.
It is significant that at the time when the deadly liquid penetrated into the depths of the ocean, activists of the “international public organization” Greenpeace did not want to know about it. These, if I may say so, the “greens” were busy with much more “important” matters. They directed their efforts to penetrate the Russian oil-resistant Prirazlomnaya ice-resistant platform located on the continental shelf - the drilling platform, which has not yet begun to work. A year before, Greenpeace, including even Greenpeace International CEO Kumi Naidu, turned out to put tents right on the sheer wall of the platform. Violently resent possible oil spill. And now they are completely silent, when the radiation begins to penetrate into the ocean spaces.

The inaction of Greenpeace in such an unprecedented situation reflects, in my opinion, the opportunistic and bespoke nature of the activities of this organization. In addition, it is impossible not to note the obvious: the long-term geopolitical American-Japanese cooperation covers the unacceptable, extremely dangerous situation that has developed with Fukushima-1. The two countries are afraid of losing face and, trying to distract the attention of the world community, they are using Greenpeace for their own purposes.

After the accident at Fukushima-1 and its consequences, there was a big humanitarian problem that should be monitored by the world community and become open to specialists. However, the opposite happened. For the sake of US geopolitical interests, Japan did not dare to use Russia's vast experience in dealing with the consequences of such an accident, the inadmissibility of leaks of nuclear materials, disposal of nuclear waste, etc. We were contacted directly from the nuclear power plant only six months ago, and then only on a particular issue. Until now, no serious analysis, an audit of what happened at Fukushima-1, what measures were taken, has been done. Scientists of the Far Eastern Branch of the Russian Academy of Sciences have enormous knowledge of this problem, and they could use them in Japan. However, practically they were not claimed.

Of course, the threat hanging over many countries and waters of the Pacific can be prevented. I would suggest creating an internationally competent team of highly qualified specialists to deal with the consequences of the accident. In my opinion, Russian specialists with the necessary knowledge and experience could play a priority role in this group. Overseas customers of Greenpeace, instead of making cheap provocations at a Russian drilling site, it would be better to contribute to the creation of such an international group.

Ctrl Enter
Noticed oshЫbku Highlight text and press. Ctrl + Enter
We are
Disasters are not private. Why Fukushima still poisons the worldSay a word about poor Japanese
69 comments
Information
Dear reader, to leave comments on the publication, you must to register.