"The money will go to assistants to the Minister of Defense" 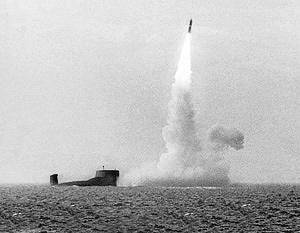 “Three rearmament programs are no longer implemented. The fourth will not be implemented either, ”Anatoly Tsyganok, head of the Center for Military Forecasting at the Institute for Political and Military Analysis, said in an interview with the VIEW newspaper about the statements of the country's military leadership about the supply of new equipment to the Armed Forces.

First Deputy Defense Minister Viktor Popovkin on Thursday announced that the cost of the state armament program is over 19 trillion rubles. This money, he said, will be primarily directed to the modernization of weapons. As the deputy minister promised, under the state program, the army and navy will receive 600 airplanes, 1000 helicopters and 100 warships.

At the same time, Popovkin stressed that the Ministry of Defense does not plan to purchase large quantities of foreign military equipment and weapons. According to him, such purchases are made only in order to eliminate the backlog of the domestic defense industry in a number of areas. According to the deputy minister, products will be purchased in those areas “where we have omissions”. “This applies to drones, large-capacity combat ships, in particular helicopter carriers, sniper weapons for special forces,” said Popovkin.

The newspaper VIEW addressed the head of the Center for Military Forecasting of the Institute of Political and Military Analysis, Anatoly Gypsy, with a request to comment on these statements.

Anatoly Dmitrievich, Popovkin called the number of military equipment, which must go to the troops before 2020, as part of the state armaments program. How do you rate these plans?

Anatoly Tsyganok: They fully correspond to our military doctrine. In theory, this is exactly how much the Armed Forces should receive: 600 airplanes, 1000 helicopters, etc. If all this were there, then it would be perfect. But the problem is that the three rearmament programs are no longer implemented. The fourth will not be fulfilled either.

Why do you think so?

According to Anatoly Gypsy, a new technique can start to enter the troops only under certain conditions.
Firstly, the money that is now being allocated for armament is not comparable to what it was ten years ago. The plane, which cost, relatively speaking, one million, now costs six. Secondly, Rosoboronexport now has an advantage over the Ministry of Defense. The head of the Ministry of Regional Development, Viktor Basargin, recently published materials stating that from January to August last year, our Armed Forces did not receive anything: not a single tank, not a single plane. Because all the equipment was exported only.

In addition, when the President, the Prime Minister and the Minister of Defense talk about rearmament, no one listens to the Minister of Finance. And the Minister of Finance spoke out on this issue definitely at the end of last year: the fact is that the state budget for 2011 – 2012 has been approved. Increase can occur only in 2013. This, by the way, concerns not only armaments, it also speaks about whether gentlemen’s officers will be able to receive more money support than they are now.

I recently appeared on a television show. There were State Duma deputies from the defense committee, and they also wonder where the money will come from. The deputies themselves admit that there is no money.

Every time a rearmament program is announced, the ministers of defense: Grachev, Ivanov, Serdyukov - say the same thing: "Now we receive weapons in single copies, but in five years we will receive enough."

You noted that the budget for the next two years has already been adopted. At the same time, Popovkin said that already this year troops will receive 100 combat helicopters ...

A. C .: Our military-industrial complex is not able to produce such a number of aircraft. Businesses can produce no more than 200 – 230 aircraft per year. But our industry mainly fulfills export contracts.

Regarding plans to build 100 ships for the Navy, do you have the same opinion?

Our production - sensible production, we can produce. But there are many difficulties. If before the whole problem was reduced to a shortage of money, then now money, perhaps, will appear, but where can we get designers and workers? The question is not so much in money as in frames.

What, in your opinion, should be done so that your predictions do not come true and the state armament program has been executed?

A. C.: This is partly possible under a number of conditions. First, as already mentioned, if the Ministry of Defense settles with the MIC. Secondly, if strategically important enterprises will not be liquidated. Finally, if the staff of these enterprises will be younger. Today, the average age of designers and workers 60 – 70 years.

Apparently, our population believes that we have a powerful army, but in fact all this is not so. It’s too bad that no one is listening to Russian experts. Two weeks ago, Pentagon experts spoke about our army. In their opinion, the Russian army is able to deploy no more than two divisions and can hardly participate in a local conflict. If you do not want to listen to our experts, let's listen to the Pentagon experts.

The deputy minister called the cost of the program - 19 trillion rubles. Will there be such a sum in the state budget?

A. C .: I readily believe in it, but I will have to wait until the 2020 year. I repeat, according to the documents that are now published, three rearmament programs have been ordered to live long.

Money will be allocated. But there is an interesting point. The fact is that "business and the army are one." Last year, all repair companies - automotive vehicles, weapons, airplanes and helicopters - were reorganized. The Commander-in-Chief of the Air Force acknowledged not so long ago that if earlier repair of the aircraft cost 10 million rubles, now the cost of repair in a joint-stock company is 100 million rubles. I do not think that shareholders will give up the money. So the funds will be allocated, but where will they go? I do not think that they will go to the army. I think that the money will go into the pockets of the assistants to the Minister of Defense, who have been joint-stock companies.