The completion of the cruiser "Ukraine" will cost 1.4 billion hryvnia. 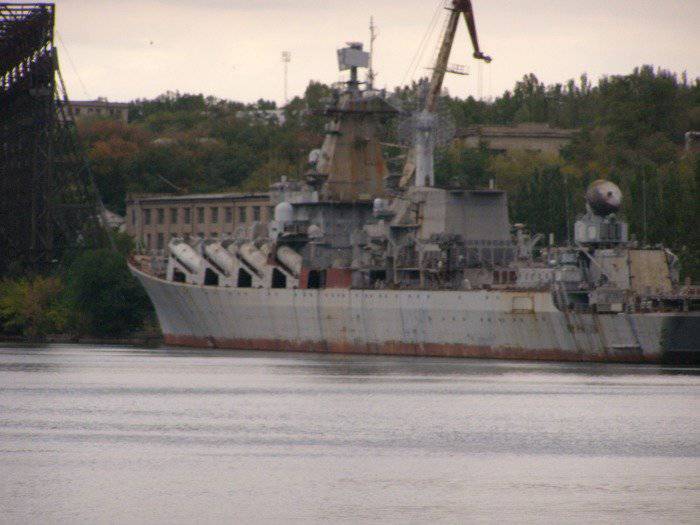 To complete the 1164 “Admiral Lobov” project (former “Ukraine”) missile cruiser costs almost half a billion hryvnias. This is stated in the response of the Minister of Defense to the deputy's request for the freedom worker M. Golovko. The ship is not part of the Naval Forces Command. Its completion is considered inappropriate. Prospects to sell the cruiser of the Russian army is not yet supported by interest from the Russian Federation.

We will remind, RKR "Admiral Lobov" is now in a high degree of readiness located in the territory of the plant named after the XXUMX communard (Nikolaev). On the ship there is no strike armament and the ship version of the C-61 air defense system, which is produced in the Russian Federation. 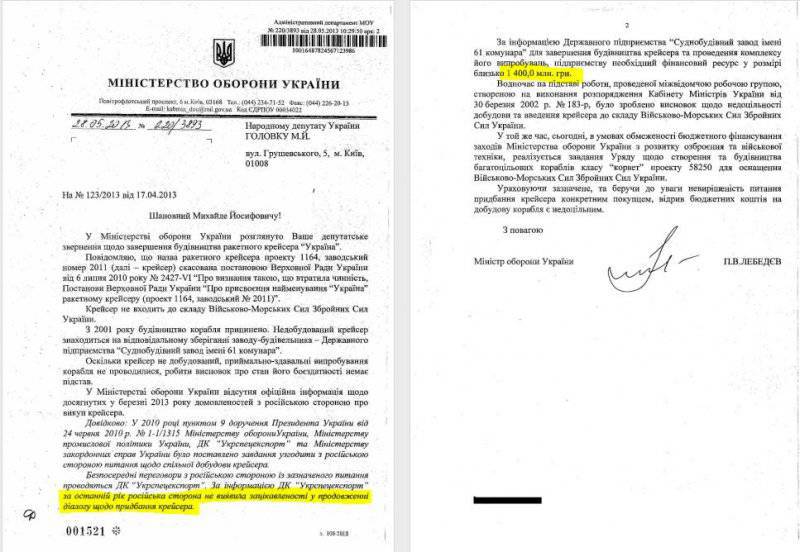 Ctrl Enter
Noticed oshЫbku Highlight text and press. Ctrl + Enter
We are
ZRK C-200 rust in the woods near MoscowDoes Russia need a "Ukraine"?
105 comments
Information
Dear reader, to leave comments on the publication, you must to register.