Evacuation of the helicopter from a height of 4820 meters, Elbrus 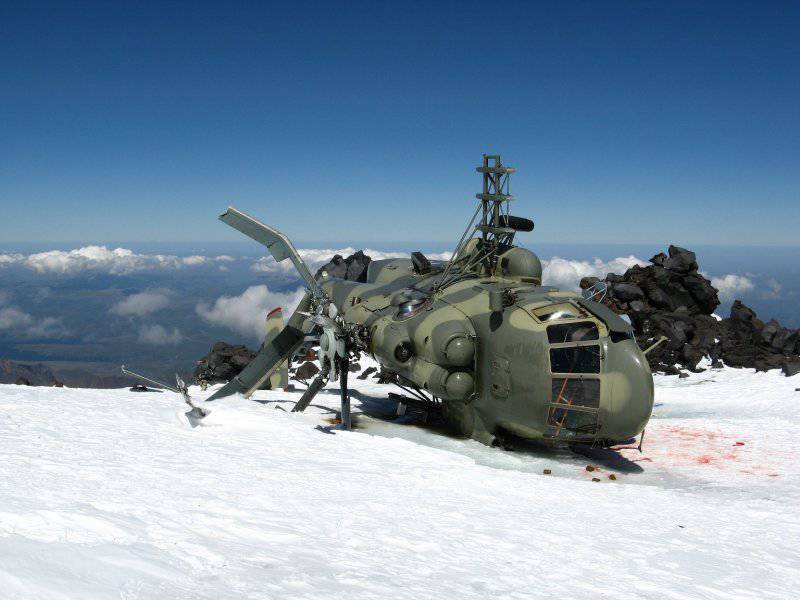 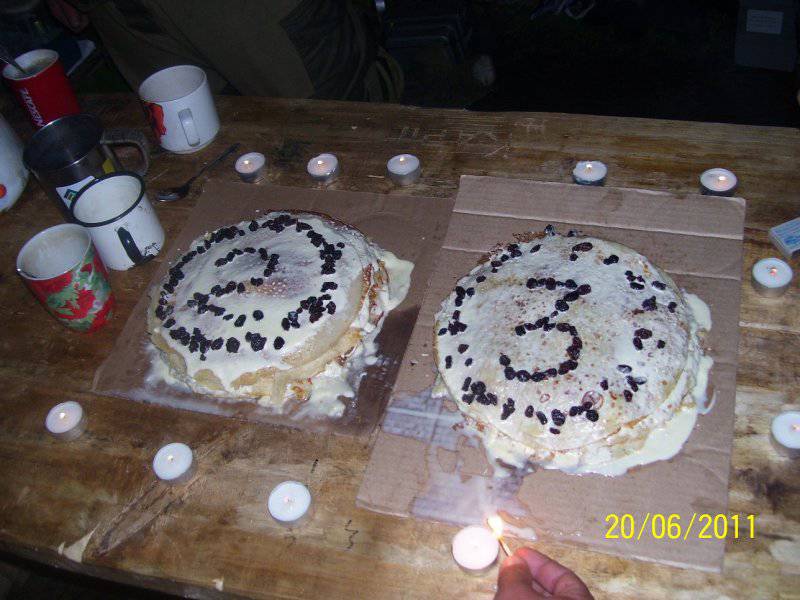 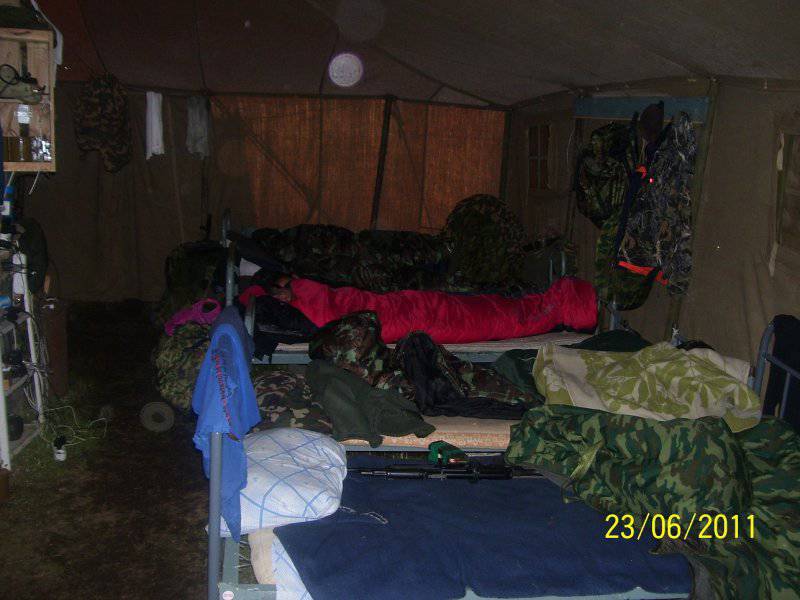 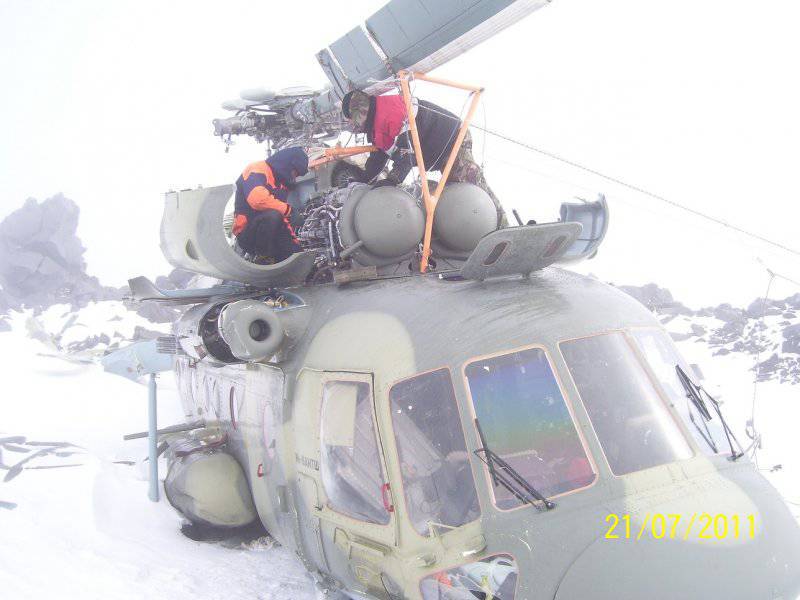 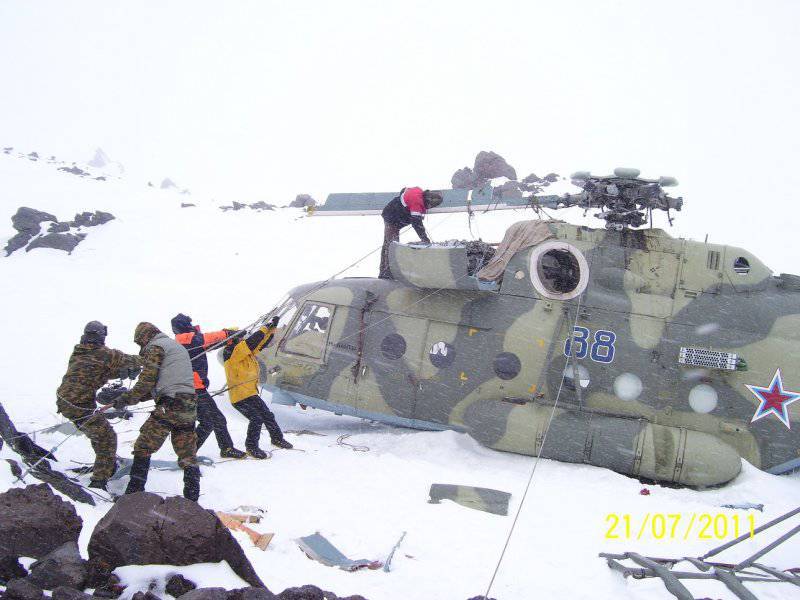 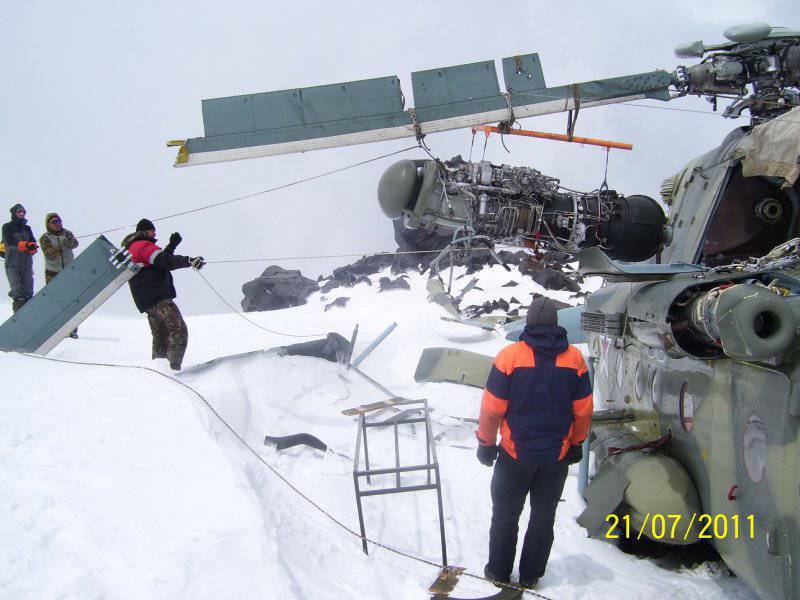 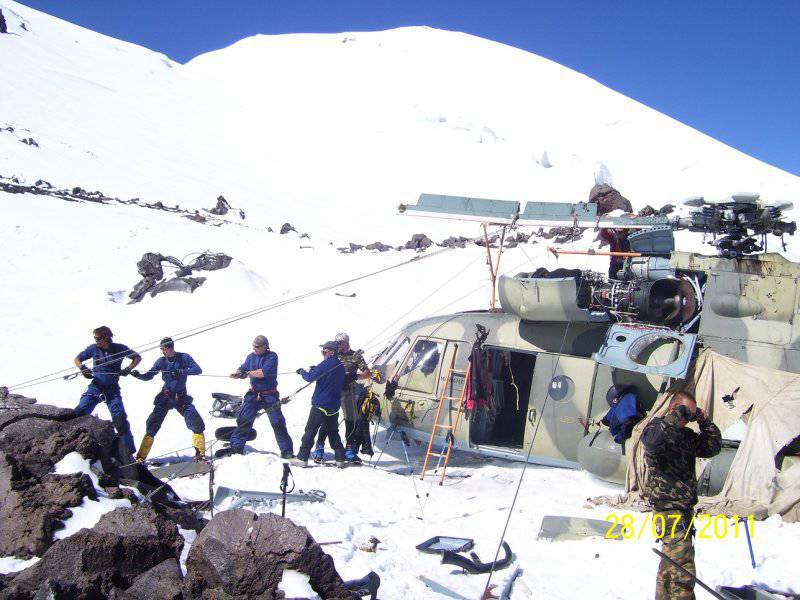 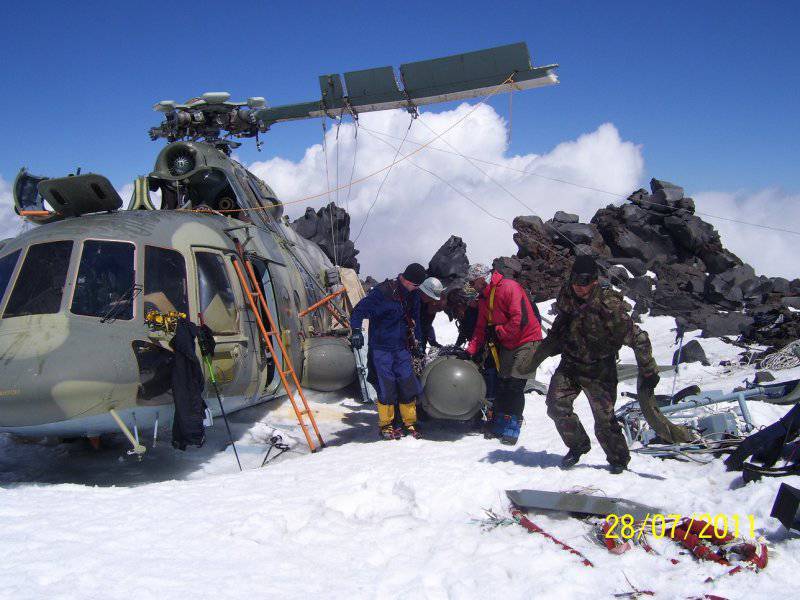 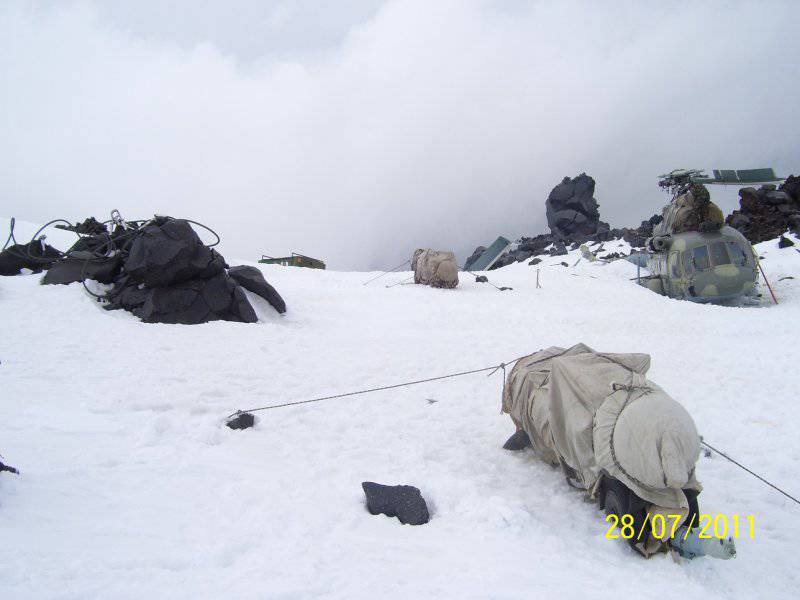 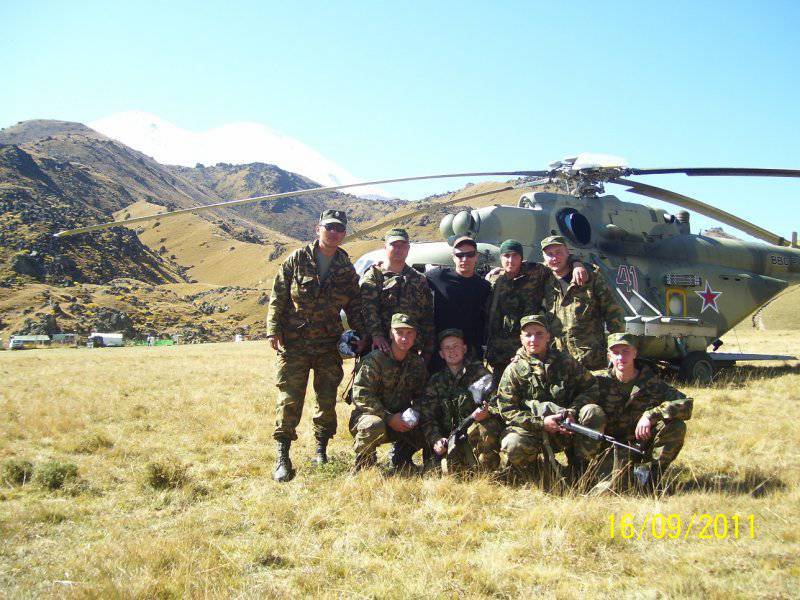 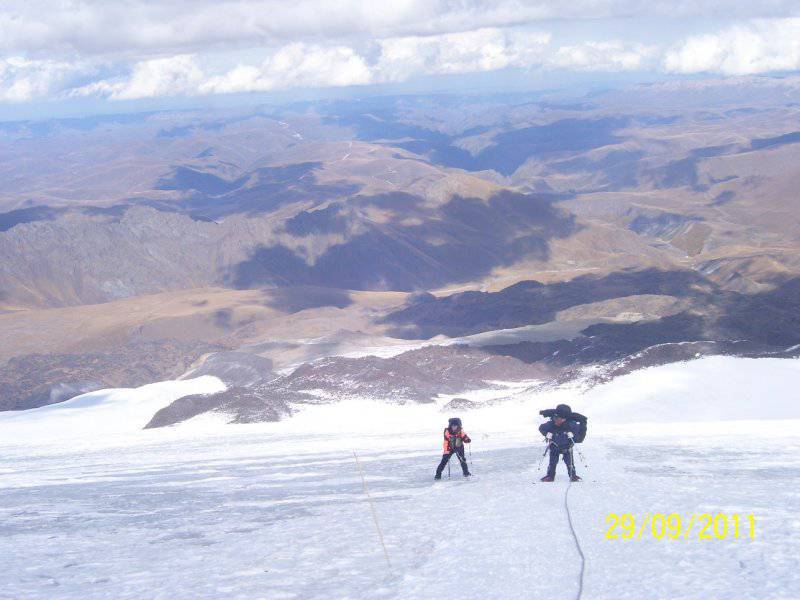 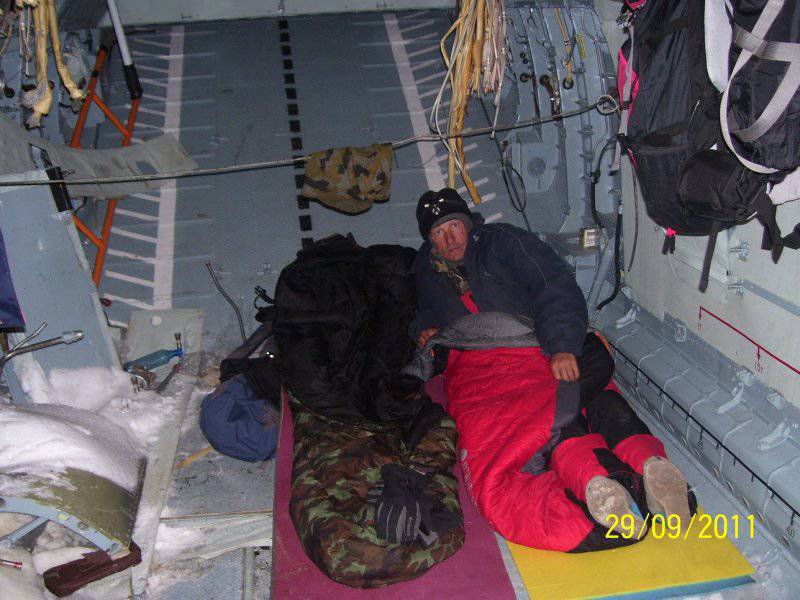 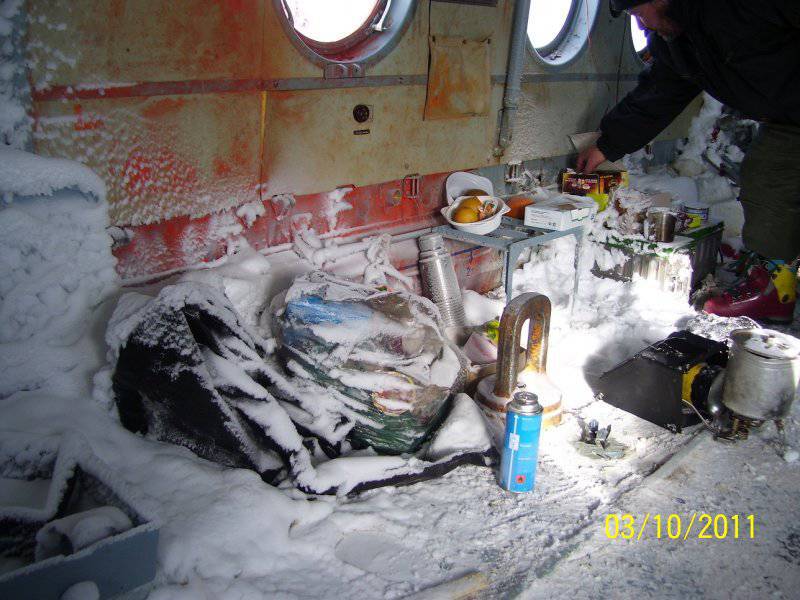 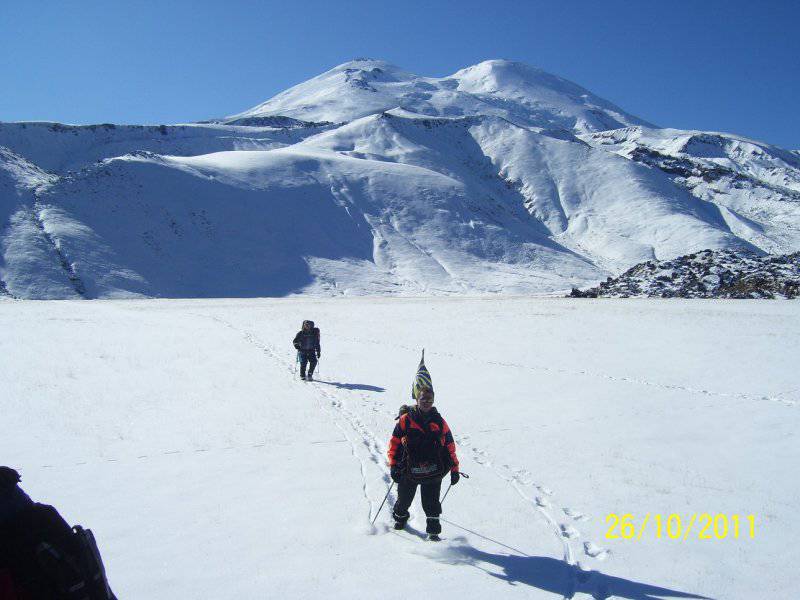 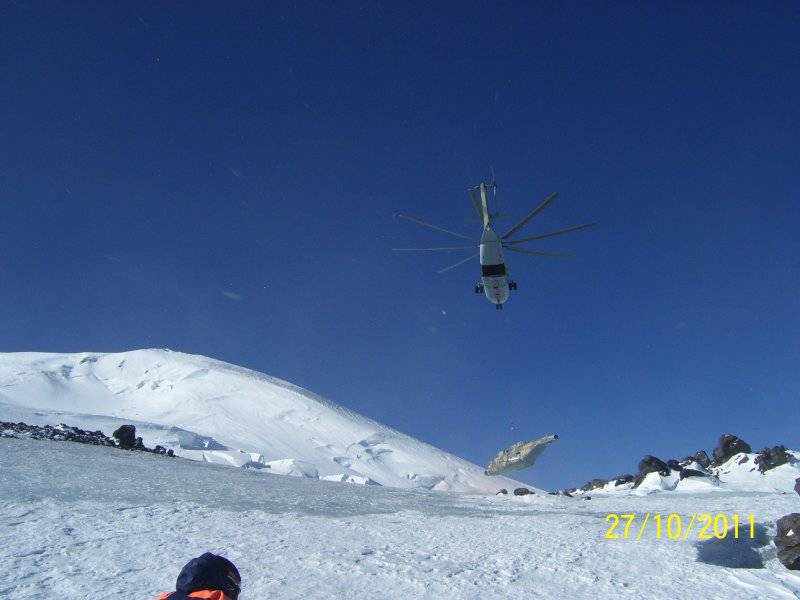 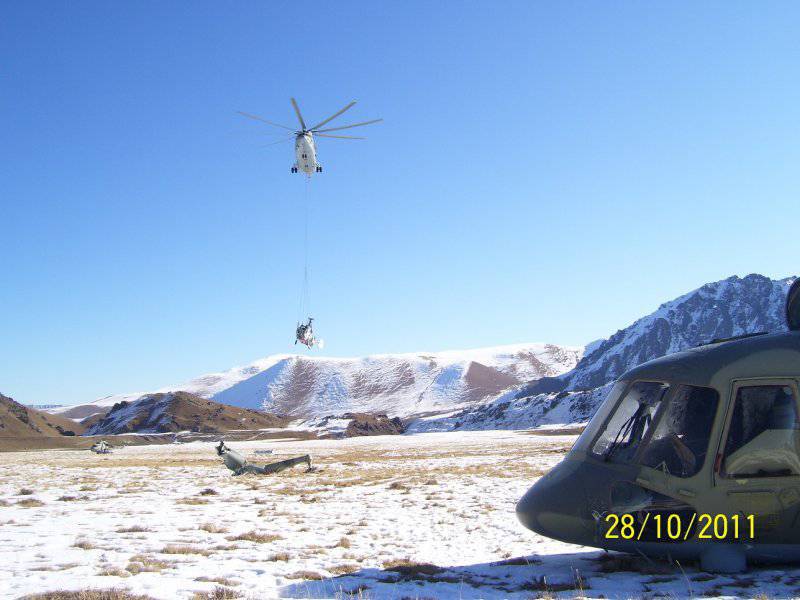 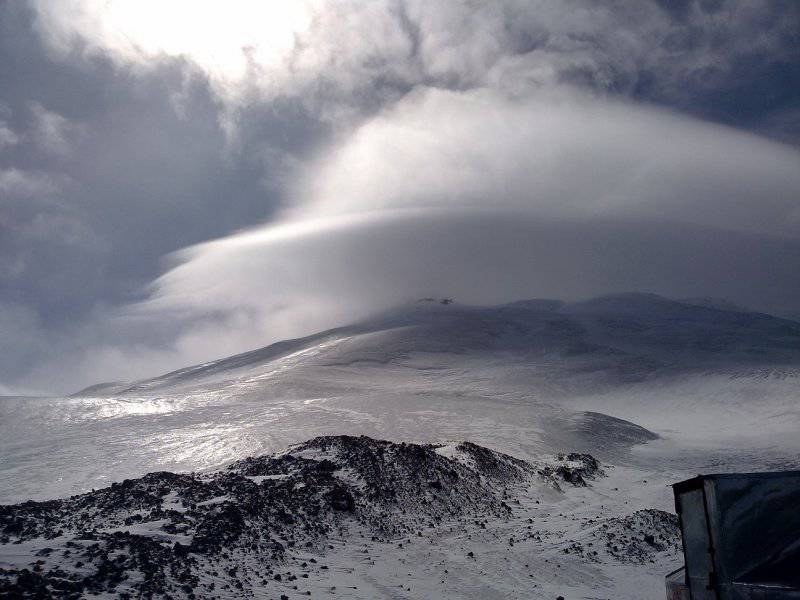 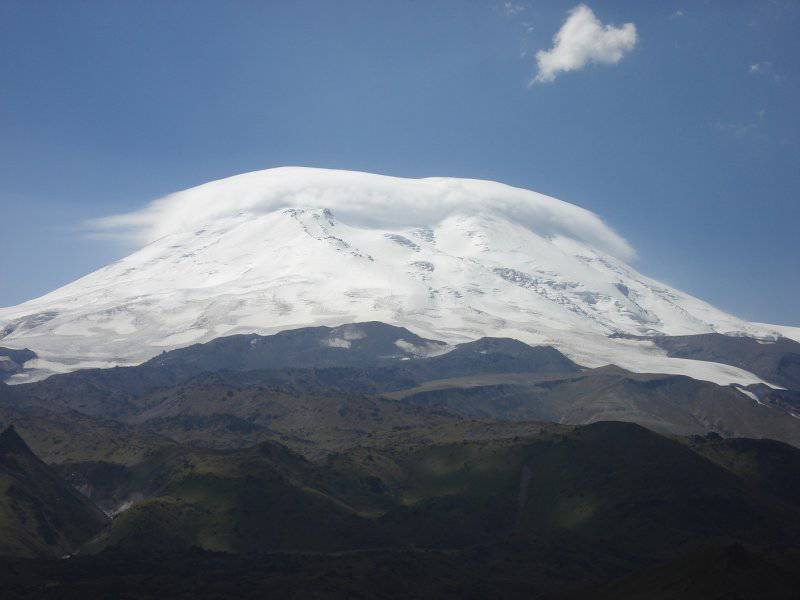 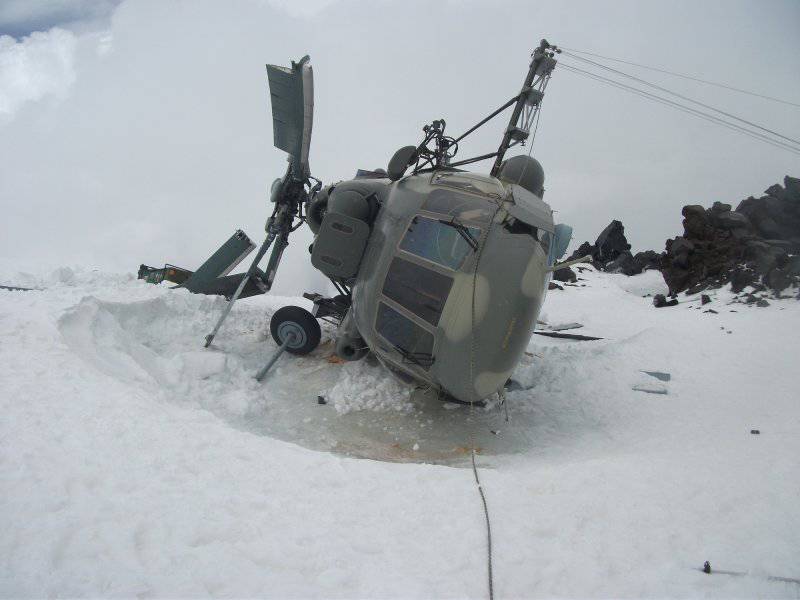 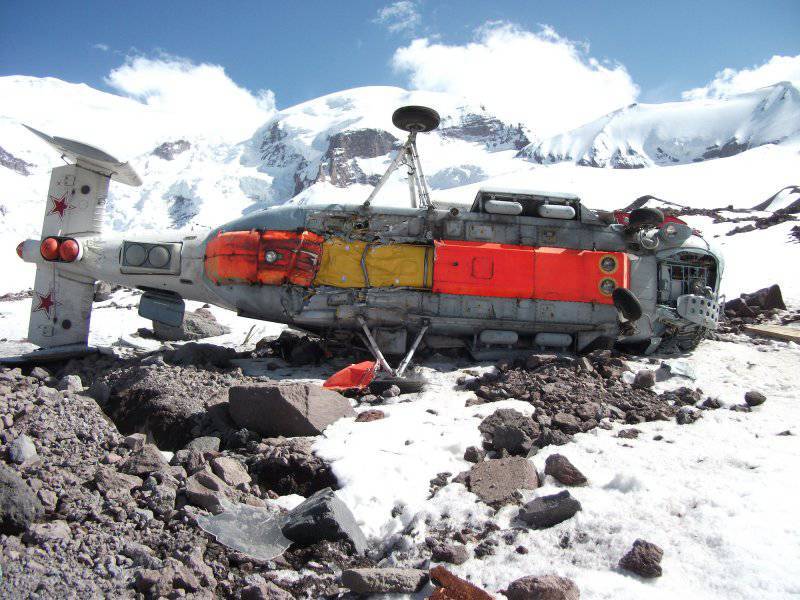 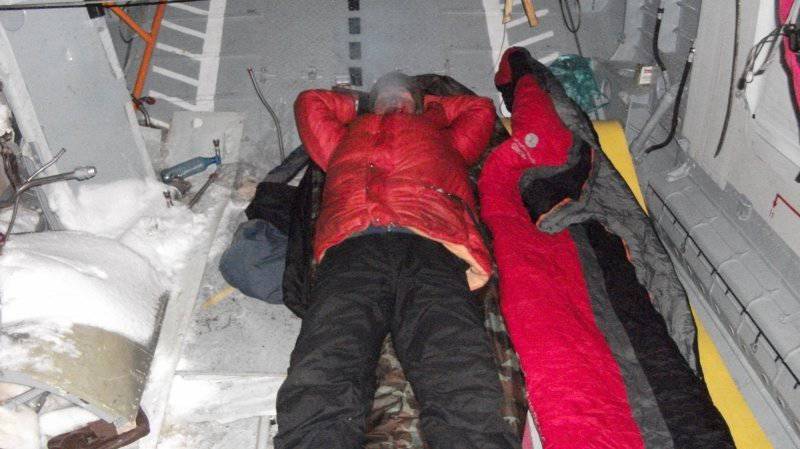 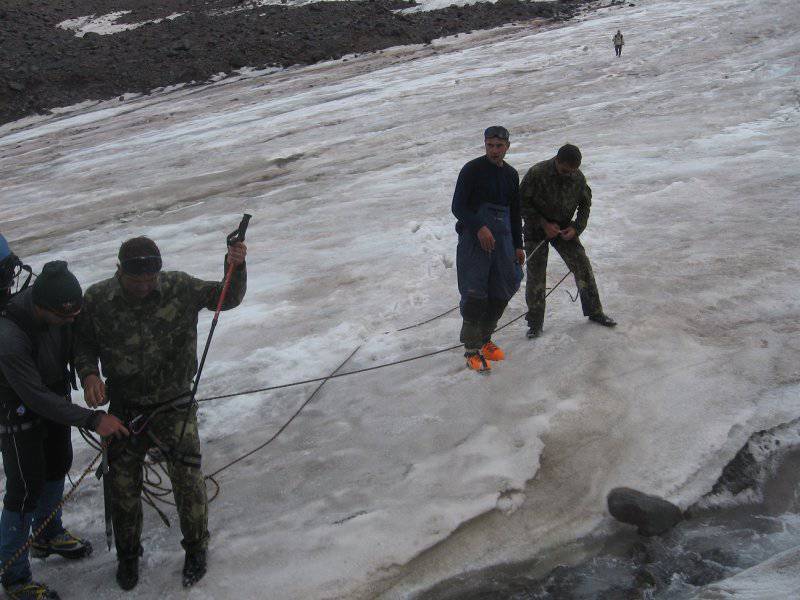 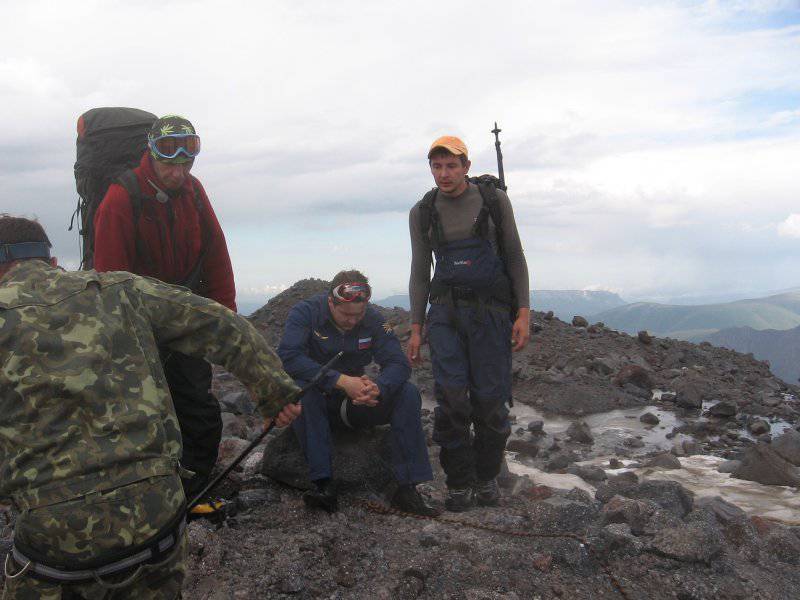 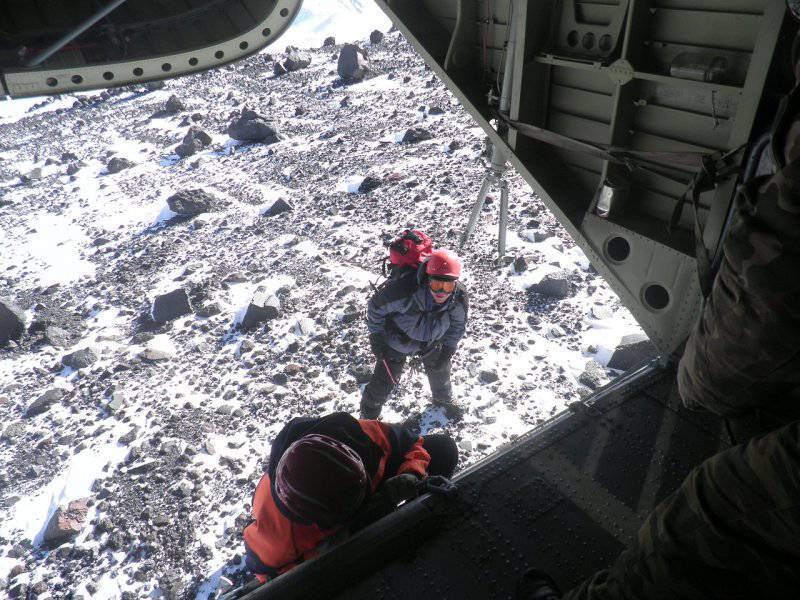 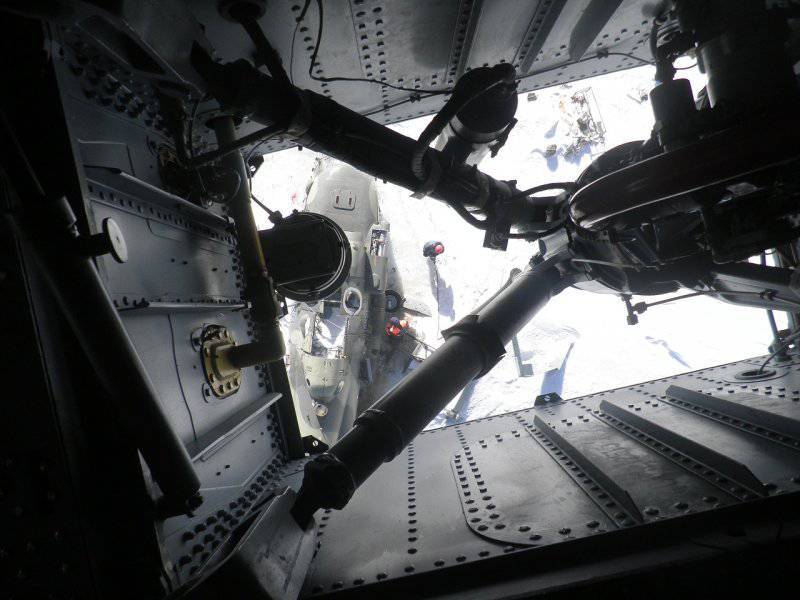 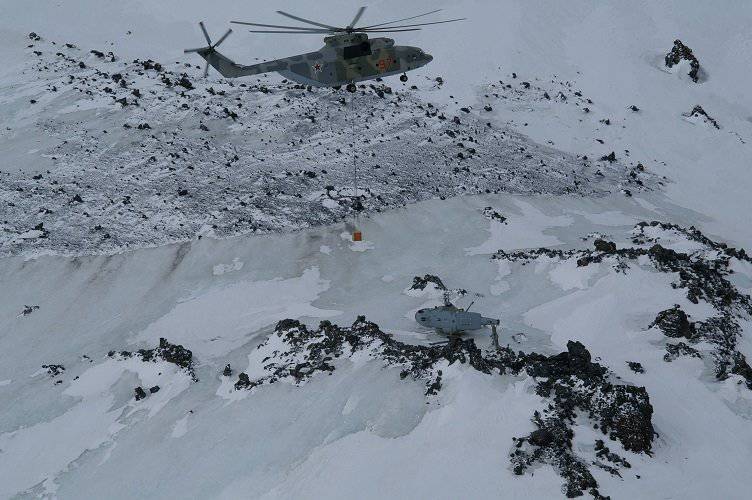 The crew was not injured. The pilots were safely lowered by a group of climbers returning from the ascent.

This story is not about the reasons for how it happened, but about how a unique operation was performed to remove a helicopter from such an extreme height.
In January, MI-26 flew over the MI-8 forced landing point. During the flyby, it became clear that the Mi-26 can take a load of 4 820 meters from a height, weighing no more than 2,5 tons, under the conditions: a headwind not lower than 17 m / s, the surface temperature is not higher than -15С.

It was necessary to facilitate the helicopter to the desired weight.

For the organization of operations for the dismantling of units and equipment of the helicopter, no one was taken. All were skeptics.

But our country is rich in sorvi-heads and Lefties.

A team of a dozen servicemen from the mountain brigade and the 1-2 alternate engineering technicians set off for the mountains.

From May to October 2011 of the year, these guys turned over the helicopter, manually removed the engines, each weighing 340 kg and dragged for a hitch on 30 meters (the guys from the Ministry of Emergency Situations helped). They let down on their shoulders more than a ton of equipment.

About ascents and descents on the glacier, living at the height of 4 820 meters, weather tests, as well as the opening beauties - can not be described. The one who has experienced and seen beauty will understand this.

I am glad that we have people capable of performing courageous acts. And the successful completion of the operation is an indicator.

Ctrl Enter
Noticed oshЫbku Highlight text and press. Ctrl + Enter
We are
Flights on China Air Show-2014Photo report from MAX 2013 (Demonstration Flights)
20 comments
Information
Dear reader, to leave comments on the publication, you must to register.