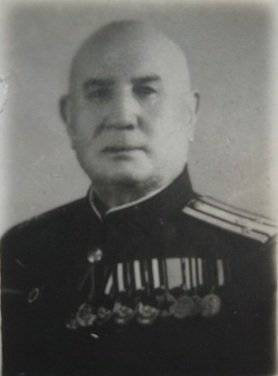 In the first days of the Great Patriotic War, the 237 School on October became the collection point of the 6 division of the national militia of the Dzerzhinsky district. It was here that volunteer veteran of three wars Fedor Mikhailovich Orlov came - later the division commander named after a street in the Marfino area. And many years later, this school was given the name of his son - Hero of the Soviet Union Vasily Orlov. Today it houses the museum of the 6 Guards Corps, commanded by Orlov Jr., writes Star Boulevard.


Profession - the wife of the red commander

This glorious family was born in 1903, when the son of a peasant and the dashing Ulan Fedor Orlov won the heart of young Mary. A year later, he went to the Russo-Japanese War, and then distinguished himself in the First World War. Mary Iosifovna bore him three sons and a daughter. After the revolution, the former non-commissioned officer became a red commander, and in December 1917 was sent to Don and Kuban to establish Soviet power. The whole family went with him. In the column “profession”, the faithful companion had the name “wife of the red commander”. Helping her husband in everything, she looked after the wounded soldiers.

At the Civil Fyodor Mikhailovich received 18 injuries and 3 contusions, one of the first in the country was awarded the Order of the Red Banner. But the most expensive award was the golden checker, received from the hands of Frunze himself.

When the family moved to Leningrad, Orlov was going to enroll in the Military Academy, but trouble happened: paralysis chained him to bed, and, according to doctors, without hope of recovery. But a miracle happened: Mary helped her husband to believe in himself and overcome the disease. Wheelchair in the past. Soon the Orlovs moved to Moscow, where Fyodor Mikhailovich settled at the plant.

From the commanders - in the company

22 June 1941, Fyodor Orlov wrote a letter to Molotov with one request - to allow him to defend his homeland at the front. A few days later he volunteered to join the people's militia.

“At first, the veteran of the three wars and the former commander were appointed commander of the reconnaissance company,” says Diana Sedova, head of the museum at the 237 school. - After successful battles near Yelnya, he was already assigned to the reconnaissance battalion, and in November 1941, at the height of the Battle of Moscow, was appointed division commander. Thanks largely to his experience, the division was one of the few who managed to get out of the encirclement. In January 1942, she released Vereya. In that, already the fourth war for him, Fyodor Mikhailovich was still wounded three times and wounded twice.

All children of the divisional commander are on the front line.

“The oldest son of Fyodor Mikhailovich, Vladimir, died at the very beginning of the war in the militia near Leningrad,” says Diana Anatolyevna. - The city on the Neva was protected by the youngest of his sons, Vasily. Middle, Eugene, the war found in the Far East. But, having learned that his wife and son had died of starvation in the besieged Leningrad, he took leave for the front, in tank brigade, commanded by his brother Vasily. By the way, no one really knew that they were brothers. And the only daughter of Fyodor Mikhailovich, Maria, fought in the famous women's regiment of night bombers under the command of Marina Raskova. 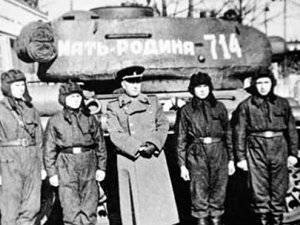 The most famous was Vasily Orlov, who already in 27 years commanded a mechanized corps.

In January, Orlov’s 1945 corps was one of the first to force the Oder and occupied a springboard for an attack on Berlin. Vasily died in March and, on the orders of Marshal Konev, was buried in Moscow at the Novodevichy Cemetery.

Once Vasily wrote to his mother: “Do not worry about me, I am healthy. Here are just my tank mutilated, and pity, it was a good car. Then Maria Iosifovna collected all the savings and valuables, including her husband's awards, left over from the Civil (gold checker and gold cigarette case) and transferred to the state. She asked to build a tank and transfer it to the corps commanded by her son. The request has been fulfilled. The tank was called “Motherland”, it reached Berlin and Prague, and after the Victory it was installed on a pedestal in the unit that became the successor to the mechanized corps of Vasily Orlov.

Now the adoptive daughter of Vasily Fedorovich, Renita Andreyevna Grigorieva lives in Moscow. In 1980-s, according to her scripts, the documentary film “Soldiers of Orlovs” and the feature film “Moscow Says!” About the fate of Vasily Orlov were shot.

Ctrl Enter
Noticed oshЫbku Highlight text and press. Ctrl + Enter
We are
Fedor Ushakov - the holy admiralShips of Armageddon (part 1)
30 comments
Information
Dear reader, to leave comments on the publication, you must to register.