Big blood or what can you do? (theses on the crisis) 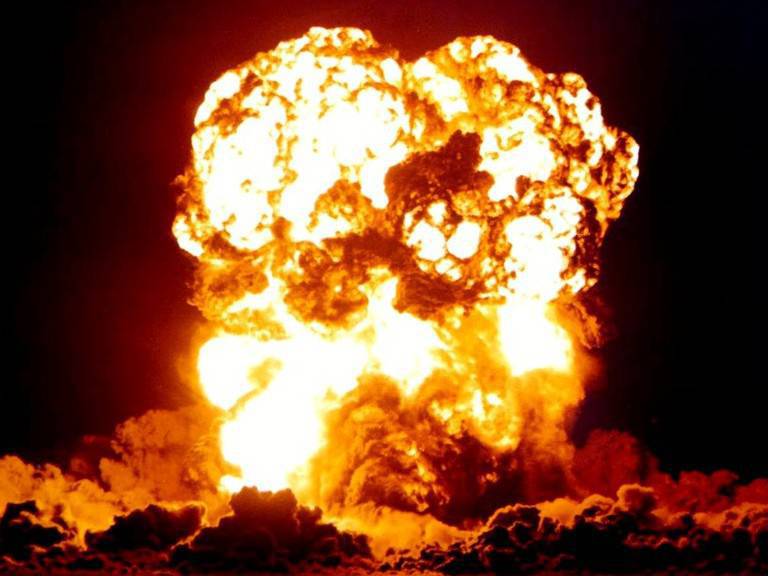 Need I say that the US crisis is systemic? Although, sorry, some categories of citizens still have to explain. Well, I'll start from afar, otherwise it will not be clear.

So imagine a physical explosion model. The explosion must be fueled by a reaction. And it needs fuel. For example, for the explosion of gunpowder, powder and oxygen are required.

The current economic model is very close to this description. Here there are the same two components that support each other: Money and consumers. The problem is that this explosion is almost uncontrollable. Needless to say, an uncontrolled explosion causes destruction not only at the point of contact with the area of ​​application, but also destroying everything around. Today, these two components are on the verge of exhaustion. Money lost its potential due to the devaluation of their fraud and speculation. At the same time, they, like soap bubbles, inflate, trying to instill in themselves more respect than they deserve.

Consumers can not buy to the extent that the production of this money is expressed. Hence, a disappointing conclusion for capital arises - there is nowhere to sell, but I want to live. Overproduction crises have happened before and even in the USSR. Yes, yes, do not be surprised, for example, in 91-th year in the USSR an unprecedented harvest was obtained for all the time of its existence, but the counters turned out to be empty. Why am I talking about the crisis of overproduction now? Yes, because money = goods is no secret to anyone that there is now much more money than real goods. What happened in the United States is a consequence of thoughtless consumption and the dominance of money supply over the real economic sector. Now everyone is waiting for the Republicans to agree with the Democrats and everything will again be "good." However, it is almost impossible. But even if the size of the US government debt increases again, it will only be another attempt to increase the already accumulated pressure of money supply on the market. However, no matter how you try to pull down the bomb with patches of fistula, sooner or later it will explode and the further you go, the more damage there will be. To our misfortune, we are so bogged down in US dollars that even a minor default in this country will lead to huge losses in our country. I will not refer to Marx, I hope the reader will not master this heavy article without an elementary knowledge of economics and, of course, Capital. The crisis that comes, and the one that was - this is not a crisis, this is so ... Simply, as they say, "the lawyers have moved away" - will sweep away half of the world's population.

What can you do?

So I want to say - they - VONA! And we - who? But let's see. Yes, we are deeply stuck in relations with the United States, and our economy is in a state of recession. However, if we do not do anything, then he will beat us, as well as everyone. What should be done?

So, the very first - it is necessary to industrialize №2. Since we have already conducted deindustrialization - not unsuccessfully in the 90-s, thus increasing the pressure of money on the market. The second step, to ban loans at least temporarily - due to an excess of delays, the money supply is about 30 times more than the money itself. To return the ruble to the rails of non-convertible currency, that is, to get rid of the excess dollar mass - just understand for yourself, the dollar will collapse no later than 2015, even if the US crisis can now be “settled” by raising the national debt ceiling. It is not a secret for anyone to return the territories of Russia owned by foreign companies that a very impressive share of our natural wealth belongs to foreigners, respectively, the money they get by exploiting our natural wealth is flowing abroad. Actually, this is characteristic of any living organism, according to the laws of nature, almost all organisms "stick together" when interacting with an aggressive environment. Alas, this is possible only in one case - a revolution! No one voluntarily throws away his dollars, no one agrees to give away the “bought” for free, no one will give up his BMW to become a machine. And all these citizens are now sitting on the atomic bomb and trying to patch the fistula with the help of patches. Guys, the atomic bomb will still explode, only the more patches, the greater the damage will be.

Ctrl Enter
Noticed oshЫbku Highlight text and press. Ctrl + Enter
We are
A great interview with Sergey Lavrov: about Ukraine, Obama and IranWhat you didn't want to know about England
37 comments
Information
Dear reader, to leave comments on the publication, you must to register.