October 18 2013
246
One of the most controversial, let's say, socio-political phenomena of modern Russia, is the Cossacks. It is, it tries by all means to declare itself, but at the same time, the Cossacks' activity, in fact, has not been let down a full-fledged legal basis, the essence of the movement has not been determined.


If you believe recently published statistics, in our country there are at least 7 million people who consider themselves representatives of the Cossacks. 7 million is about 5% of the total population of the country. At the same time, a significant percentage of all other Russian citizens belong to the activities of the Cossacks, to put it mildly, with confusion. Use of uniform, epaulet, rewards, weapons people who in Soviet times could hold high posts in district committees and regional committees, and today cheerfully shouting “Lubo!” in Cossack circles, suggest a lack of cossacks at the thought of the “political credo” of the representatives of the modern Cossacks, and make many of the mentioned seven million have real Cossack roots, and are not, as they say "mummers".

Ambiguous interpretations are also caused by the political work that is being conducted today by Cossack associations, many of which, it should be noted, are also in sharp conflict with each other.

Against the background of this ambiguity, state work is carried out (within the Council on Cossack Affairs under the President), aimed at determining who exactly has the right to declare himself a Cossack, and what responsibilities Cossack associations can perform if they suddenly want to directly serve to the state.

Recently, the aforementioned Council on Cossack Affairs (KFOR) under the President of Russia approved a set of measures within the framework of the development strategy of the Russian Cossacks up to 2020. More specifically, the first stage of this strategy has been approved, which should be implemented in 2014-2015. This was stated by the head of KFOR, Alexander Beglov, who, let's say, at the same time holds the post of plenipotentiary representative of the president of the country in the Central Federal District. The strategy itself was approved last year by Vladimir Putin. The main goal of the strategy is to consolidate the Russian Cossacks, as well as to strengthen the role of the Cossacks in solving municipal and state tasks. The state bodies decided that it would be possible to finance the Cossack service if it would be of benefit to the state. At the same time, financing will affect only those Cossacks, which are called register-listed - listed in a special register performing certain tasks in the civil service. Those, as it turned out, are also quite a few - about 750 thousand people.

Representatives of the Council for the Cossacks claim that the first stage of the implementation of the strategy will take place without the use of budgetary funds. During this stage, it is planned to assign such services as patrolling the streets of cities (which, by the way, was used not long ago as an experiment) for protecting Cossacks, protecting forests from illegal logging, accidental or targeted arsons. Registered Cossacks will be able to perform duties in the framework of the activities of the Armed Forces of the country, to serve on the state border in special Cossack units. It is planned to increase the number of Cadet Cossack corps and in the near future to open the first Cossack university in Moscow. As a possible base is called capital University. Razumovsky. In addition, the Cossacks will be engaged (frankly, in an incomprehensible while) the protection of the animal world, and will also participate in elections at various levels. The range of tasks that will be able to solve the Cossacks, apparently, is very wide, and the plans - a lot. 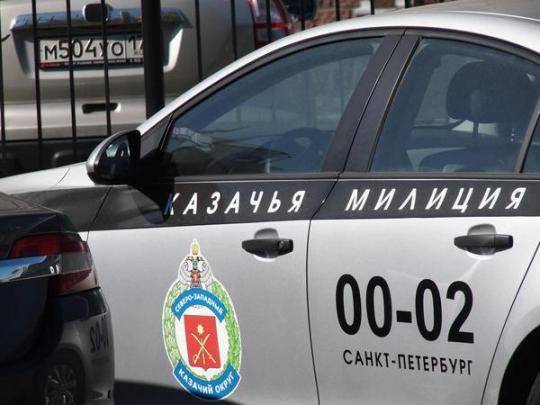 If we talk about the military service of the Cossacks, then today there are several Cossack units in the Russian army, including the 247-th Cossack-assault regiment stationed in the Stavropol Territory, which the President assigned to the Guards last summer. The 247 th DShKP was formed on the basis of the 21-th separate DSB. For the first time the word "Cossack" in the name of the brigade appeared in 1994 year, a couple of years after it was relocated to Stavropol. 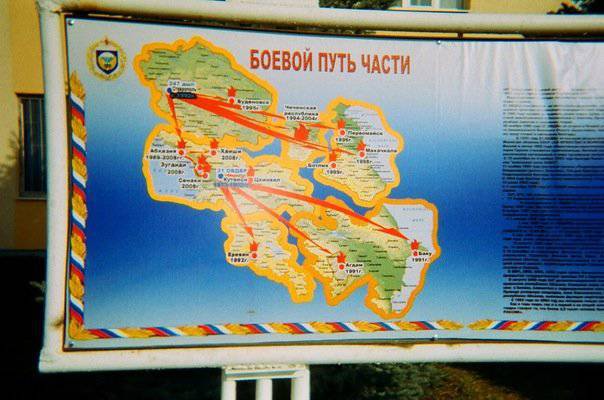 Explaining how public service can be performed without budget financing, Alexander Beglov revealed the secret. In fact, there will be funding, but it will go within the framework of the existing federal targeted programs. According to him, just each of the activities of the Cossacks will try to include in a particular program, but additional funds for the implementation of the "Cossack project" before 2015 year will not be needed. But then ... But this is, as they say, another история... Obviously, the Cossacks will ask for money from the state in order to develop, let's say, their presence in state work. For this, in particular, the whole “Cossack party” is already working, having managed to register with the Ministry of Justice.

Plans aimed at rectifying the situation with “Cossack non-demand” on the one hand look quite reasonable. If we say, for example, that the Cossacks are entrusted with patrolling the streets, then with a reasonable approach there is nothing reprehensible here. Well, what's wrong if the same Cossacks will effectively monitor the rule of law? Another question is how effectively they will be monitored and how effectively they will interact with police structures. Does it not turn out that everyone will pull the blanket over himself, in fact, being engaged not in guarding the rule of law, but in clarifying the relationship and determining who in this case has more authority.

Speaking of powers ... Talking and decision-making within the Council under the President is one thing, but the real, legally verified implementation of these decisions in the form of relevant laws is quite another. How legitimate will the Cossacks be when they let them patrol the streets or, for example, protect forests from “black” lumberjacks? Is it possible that the offenders will send the Cossacks, trying to convince them or detain them, “to three merry ones” through one? ..

In general, besides decisions within the Council, corresponding changes in Russian legislation are also needed. But here again, there may be a hitch. The fact is that with the possible appearance of a corresponding legal base, with the registration of special privileges, and also with the beginning of the process of state financing of the Cossacks, “additional Cossacks” can also show up - people far from the class traditions, but with the mind close to the idea of ​​reaching the benefits "Cossack fiefdom". If such benefits are found, then random people among modern Cossacks will increase. Even now there are a lot of them, and how many more will there be? .. Therefore, before embodying the ideas of KFOR, Cossacks would need to pay serious attention to their ranks for the purpose of separating, say, flies from cutlets. And while the situation looks more like this: I bought trousers with stripes on the market, a whip and a medal “From Sonya’s Cossacks with Love” - everything - at least, hears ...

Ctrl Enter
Noticed a mistake Highlight text and press. Ctrl + Enter
We are
At the intersection of history and modernityResults of the week. "God forbid to see Russian revolt, senseless and merciless!"
246 comments
Information
Dear reader, to leave comments on the publication, you must to register.