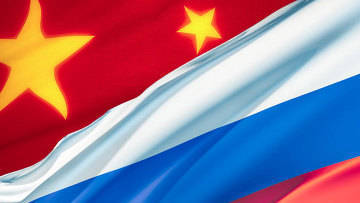 Russia and China are preparing for UN consideration a draft resolution banning the placement of weapons in space. Diplomats formulate the title of the document as "measures of transparency (lack of secrecy) and trust in space activities." This is its essence. In accordance with the Russian proverb “trust, but verify” - space confidence should be based on tests of space programs of countries such as, for example, the United States. It is this world power that must be brought under international control in order to prevent weapons from being launched into space.


This is not a new initiative, but systematic collaboration. For the first time, Russia and China raised the issue of the demilitarization of space in the 2002 year at the Conference on Disarmament in Geneva. In August, the Russian and Chinese delegations presented more detailed documents to 2004. And now we continue to pursue the prohibition of weapons in space.

What kind of weapons are we talking about? And why are we so purposefully trying to ban it?

The end of nuclear deterrence

First you have to talk about the evolution of US strategic offensive weapons (START). The United States is gradually making changes in its nuclear strategy. There is a systematic reduction of such carriers of nuclear weapons as intercontinental ballistic missiles (ICBMs) and submarine ballistic missiles (SLBMs). There is an increase in the air part of the nuclear triad (strategic air-launched cruise missiles and atomic charges for free-fall bombs). However, this type of carrier develops only by reducing other means of delivery. The total number of US nuclear warheads are ready to reduce further. In June, Barack Obama publicly called on Russia to mutually reduce the nuclear potential of the United States by another third compared with the level defined by the Strategic Offensive Arms Treaty, which was signed in 2010 year.

The question arises, why are the Americans ready to reduce nuclear weapons? The answer is quite simple. Washington is actively seeking new means to gain global military superiority.

The entire second half of the twentieth century nuclear weapons ensured the world to its owners. And only thanks to nuclear deterrence, the opposition of the superpowers did not turn into a military conflict. In the new century, the situation of nuclear confrontation between the two superpowers was replaced by the situation of the so-called multipolar world. Nuclear weapons make the use of force against its owner dangerous. India, China, Pakistan and those countries that are only striving to acquire nuclear weapons (and Iran, and Japan, and North Korea, and Israel, and even Brazil and Saudi Arabia) can use it to protect themselves from military intervention.

So what if it goes on like this, then you will not be able to fight with anyone at all? But the United States and NATO have become accustomed to insist on their leadership by force, having the most powerful military capability in the world. And if in the foreseeable future the nonproliferation of nuclear weapons will not succeed, the bloc of Western countries will lose its military superiority. And with it, and world leadership. What to do?

In 2010, the Pentagon published the NRP-2010 document (US Nuclear Policy Review). The document proposes the development of strategic offensive weapons, alternative to nuclear ones. It notes the impossibility of using nuclear weapons or threatening to use them against countries that do not have nuclear weapons. Indeed, if one “squeezes” for some next “bloody regime” with nuclear weapons, it will look ugly. It’s another thing if it becomes possible to use something comparable in power, but more “environmentally friendly”, without radioactive contamination.

In addition, the document states that the United States must maintain global military superiority, and none of the possessors of nuclear weapons should be insured against "US anti-force actions." And the United States should be able to inflict a crushing blow on any state, including the nuclear one, with nuclear and non-nuclear means of destruction.

Thus, it is proposed to achieve global military superiority not only with the help of new, non-nuclear strategic offensive arms. And the role of nuclear weapons and traditional means of their delivery should gradually decrease in the national security strategy.

Caring for the environment in American

What can complement and strengthen nuclear weapons? What non-nuclear performance will look more humane and environmentally friendly weapons, having a high destructive ability? What, in the end, will avoid a nuclear response, bypassing the early warning system, but allowing the first to deliver a disarming strike?

The US Air Force is working with NASA to create fundamentally new long-range strike systems. In the future, the US Air Force will become aerospace, as they are developing strategic attack aerospace systems.

A rather detailed overview of the work in this direction was made by Andrew Lieberman in a not-so-new (2003 year), but a very relevant newsletter today. It is called the “Missiles of Empire: America’s 21st Century Global Legions, pdf). It is noteworthy that this work was done for the organization “Legal Foundations of Western States” (WSLF). This non-profit organization seems to have a completely humanistic and even “environmentally correct” goal - the elimination of nuclear weapons. But as an American and ideologically patriotic organization, it is naturally not pacifist. On the contrary, the WSLF cares about national security and maintaining the role of the United States as a country that provides "world stability". Simply, nuclear weapons are considered an inappropriate tool for this - environmentally harmful. And as we noted above, it is also purely defensive - that is, it does not ensure military superiority due to the practical impossibility of using it without consequences for itself. And the WSLF is lobbying to replace it with more advanced and less radioactive weapons. It is easy to see that the Nobel laureate Barak Huseynovich Obama, speaking of the “nuclear-free world”, implies ideas promoted by the WSLF.

So, let's try in general terms to deal with the new American weapons.

It will be a multistage aerospace system that is flexible in its tasks and composition of components. Its main task will be the delivery of promising weapons of destruction from the continental United States to any point on the earth's surface. At the same time, means of destruction can be both nuclear and non-nuclear (Technology & Alternatives Working Group "Concepts to Alternatives" document, p. 4). For them, charges designed for free-fall nuclear bombs (B61-7, B61-4 and B61-3) are quite suitable. Seemingly free-falling atomic aviation the bomb is a clear anachronism. However, the United States, while reducing other carriers of nuclear weapons, stubbornly retains this type of weapon.

To differ from traditional strategic offensive weapons (ICBMs or cruise missiles) a new weapon will be that, in fact, it will be space. Means of destruction will either be located in earth orbit for a long time, or be promptly displayed on it for a strike within two hours after receiving the order.

In general, the new system will be a three-step. The first stage - “Space Operations Vehicle - SOV” will be a reusable hypersonic aircraft (GLA) capable of taking off from ordinary runways with a length of at least 3000 m. Its task will be to bring to near-earth orbit in the upper atmosphere of the second, also reusable, stage - “Space Maneuver Vehicle” (SMV). And SMV, in turn, is the carrier of a maneuvering atmospheric vehicle, carrying a means of destruction on the earth's surface - the “Universal Aero Vehicle” (CAV).

The system will be really flexible in terms of tasks and means. For example, a means of launching into orbit (SOV) may appear still in a very distant future. But the second stage - the maneuvering spacecraft (SMV) - is already flying completely. And it is launched into orbit by the usual Atlas-5 launch vehicle. This is an automatic shuttle Boeing X-37, which can be considered a prototype of serial devices. He has already made three long flights (the second lasted 468 days), whose goals were not disclosed. Nothing is known about its payload, which, in principle, can be anything, right up to a nuclear weapon. Similarly, the third stage - the maneuvering atmospheric unit CAV - can be output to the upper layers of the atmosphere by various means. Its Falcon HTV-2 prototype made two not very successful test flights (in 2010 and 2011). And his Minotaur IV booster accelerated.

Thus, US strategic offensive weapons are slowly but steadily moving into space. In the event that the programs for creating various systems connected by a single design within the framework of the Prompt Global Strike (PGS) strategy are implemented, the United States will receive a huge advantage in strategic offensive weapons. In essence, the described system will allow to bypass the existing missile attack warning system (MNS), which is the basis of nuclear deterrence and the impossibility of launching a nuclear strike with impunity. SPRN tracks the launches of ballistic missiles, resulting in the combat readiness of the means of retaliation. And if nuclear weapons are already above your heads?

That is why it is so important to stop the Americans and put their space programs under international control. A country that is trying to gain an advantage in strategic weapons does not out of scientific interest. With such an advantage, you can dictate your will to the world. And therefore, of course, no one will let the Americans get ahead.

Russia in October 2004 at the 59 session of the UN General Assembly declared that it would not be the first to place weapons in space - although we have some potential in the field of space weapons, and some answer to American programs could be given today. Another thing is that this will mean a race of space weapons. Do we need her?

If you manage to stop the Americans by diplomatic means, then you can do without such a race. In the end, even from the US, you can make a “rogue state”, if the coalition united to put pressure on the Americans is wide enough. For now, Russia and China have time for diplomatic pressure.

But if this is not enough, you will have to resume the arms race.

Ctrl Enter
Noticed oshЫbku Highlight text and press. Ctrl + Enter
We are
Weapons are prohibited. Part of 6: Nuclear weapons in spaceState and private space: Russia's competitive opportunities
10 comments
Information
Dear reader, to leave comments on the publication, you must to register.