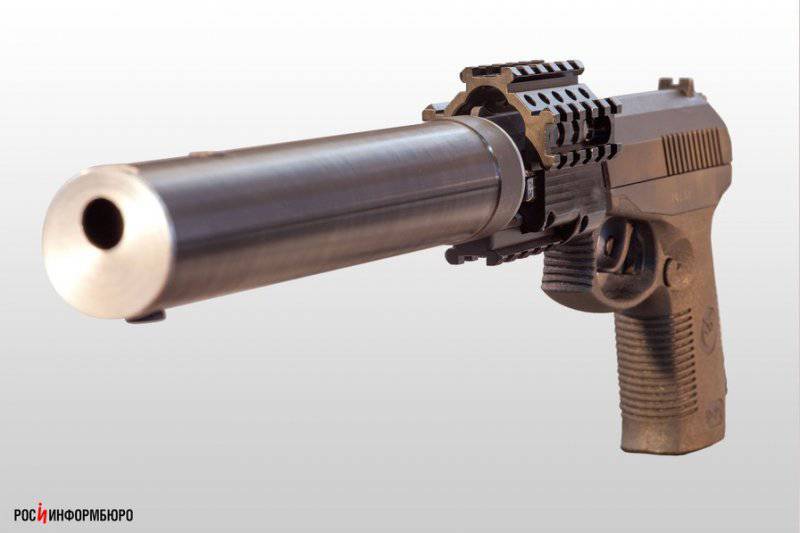 The 9-mm self-loading pistol CP-1М “Gyurza” was created at TsNIITOCHMASH by designer Peter Serdyukov. The gun is designed for special forces and is designed to destroy enemy soldiers in body armor or in the cabins of cars, as well as antennas of radar systems or corps of missiles. 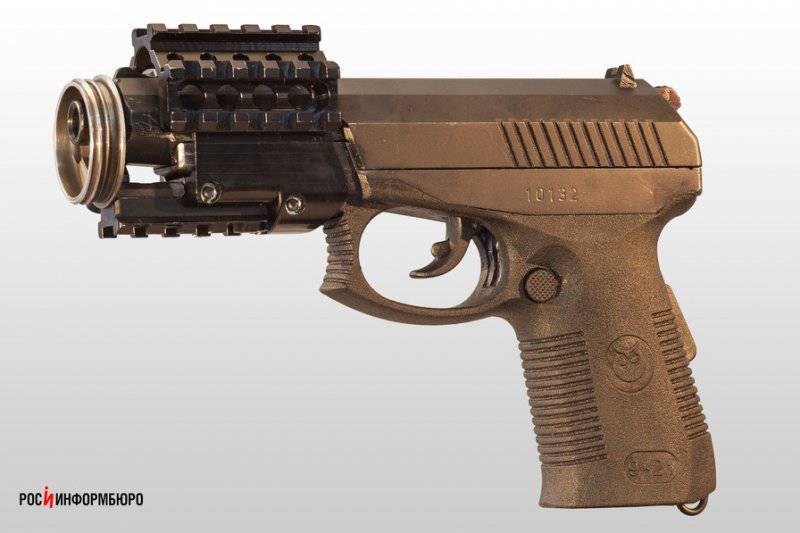 Automation "Gurzy" works on the recoil energy of the gate in the short course of the barrel. Locking and unlocking the bore is performed by the shutter when interacting with the swinging gatekeeper. The trigger type trigger mechanism with an open trigger position, double action, allows firing from a platoon and self-platooning. Supply of spring cartridges from a removable box magazine for 18 cartridges placed in the pistol grip. 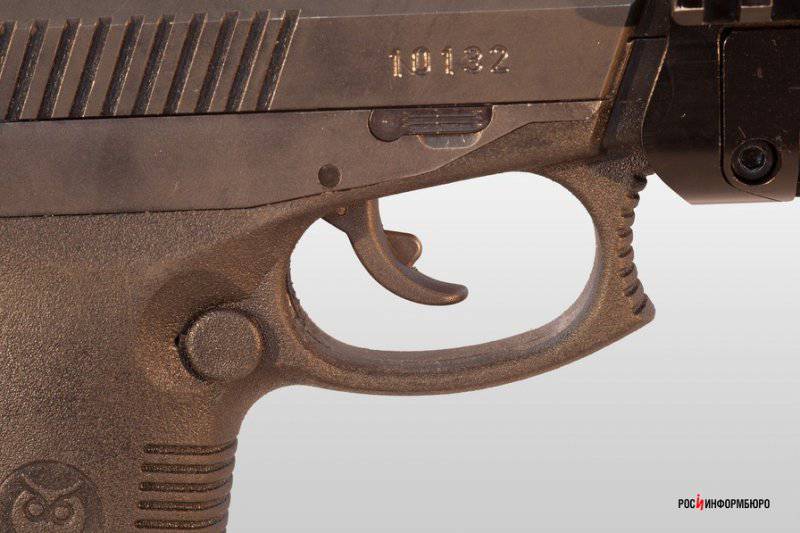 Protection against accidental firing is carried out by two automatic fuses: one of them, located on the back of the pistol grip, blocks the sear, the second, is located on the trigger and blocks it. The sighting device consists of a pillar and front sight, located on the gate. The frame of the gun is made of armid with reinforcement, which significantly reduced the weight weapons and its cost. 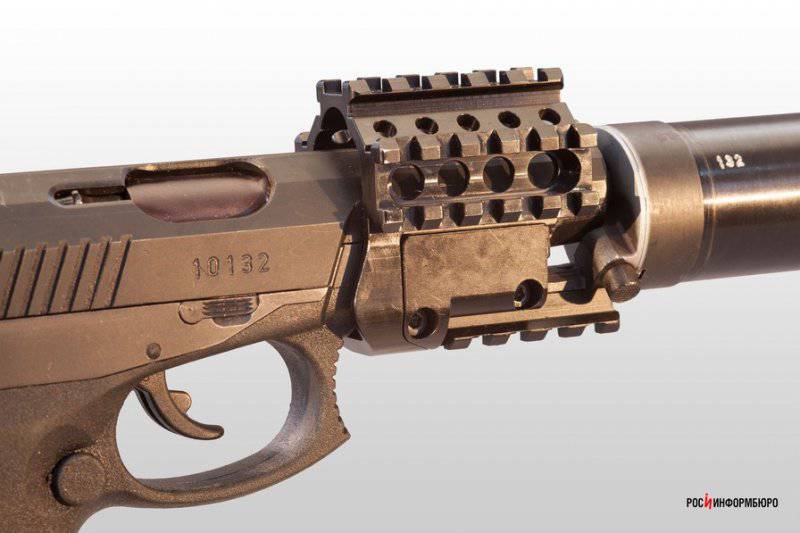 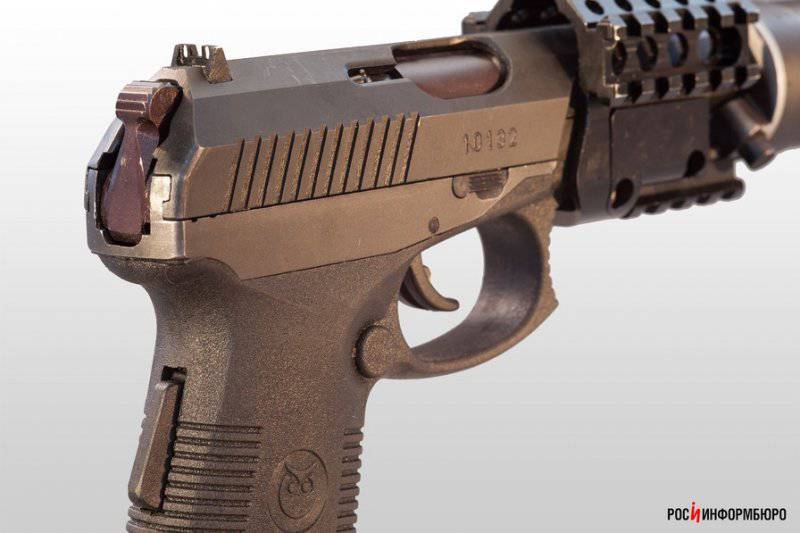 Two independent fuses make the gun safe and allow you to instantly open fire. When you change the store, there is an automatic filing of the cartridge in the chamber. The controls are designed for right and left hand. On the front of the trigger guard there are notches for easy target shooting with two hands. 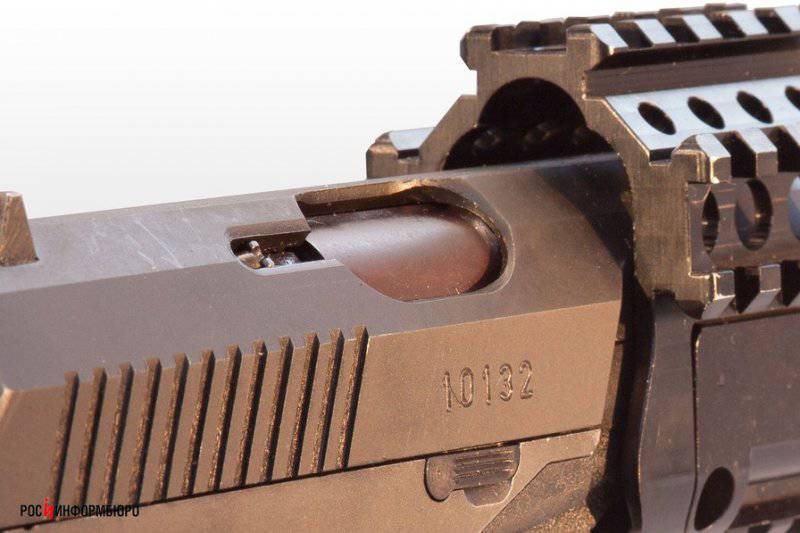 In the last modification of the gun "Gyurza" CP-1MP provides the ability to mount a collimator sight, laser pointer, tactical flashlight. There is a silencer. He allows the fighter of a special unit to conduct a hidden fire, without giving himself a sound and flash of a shot.