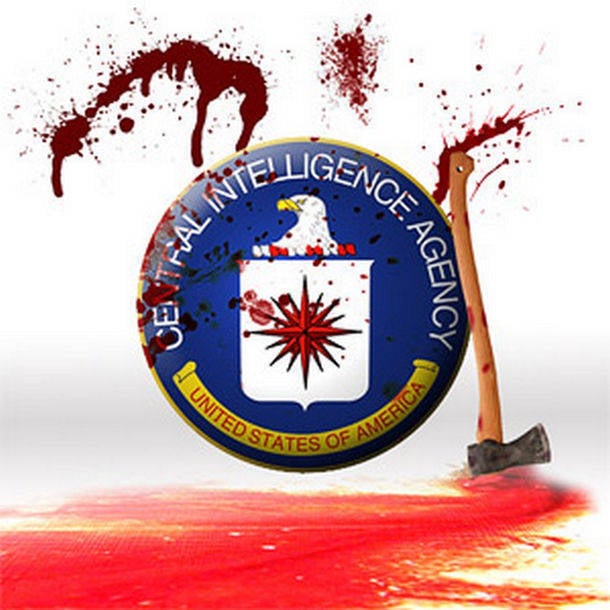 History The CIA is a long list of betrayals, meanness, atrocities and murders. It is no coincidence that when, under pressure from the public, the archives of the US special services began to slowly declassify, a movement emerged in the United States for the complete abolition of the CIA, since this misanthropic institution cannot be reformed in principle.


The first serious business of the CIA (then still under the OSS sign) - the operation PAPERCLIP - refers to the 1945 year. While the other Allied intelligence services tracked down Nazi war criminals for arrest and trial, the CIA “smuggled” them to America to use against the USSR.

In 1947, Harry Truman signs the creation of the Central Intelligence Agency - bypassing Congress, it becomes accountable only to the President of the United States. And, literally, right away Truman throws the intelligence community to the forefront - all European agents are flocking to Greece, where they begin an active armed struggle against the communist opposition.

In the 1948 year, the “Greek scenario” is successfully unfolding in Italy, where the CIA disrupts democratic elections because the Communists have too high chances. Agents bribe election commissions and journalists, beat left-wing leaders. 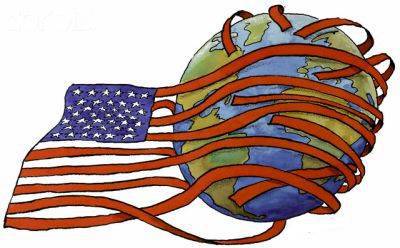 1949 year. The CIA is creating its first major propaganda platform — Radio Free Europe (better known as Radio Liberty). The ideological brew prepared here is so obviously false that at some point the transcripts of this radio were even banned for publication within the United States.

At the same time, as part of Operation MOCKINGBIRD, the CIA begins recruiting American journalists, which is led by the publisher of the Washington Post Philip Graham. By the beginning of the 90's. CIA media assets will include ABC, NBC and CBS, Time and Newsweek magazines, Associated Press news agencies, United Press International and Reuters. At the same time, no less than 400 famous journalists will become activists of the CIA.

1953 year, Iran. The CIA replaces Prime Minister Mohammed Mossadegh, who threatened to nationalize the Anglo-American oil fields, with Shah Pahlavi, whose secret police SAVAK proved to be no less brutal than the Gestapo.

1954 year, Guatemala. As a result of the military coup, the CIA overthrows President James Arbens, who promised to nationalize American companies, where even CIA Director Allen Dulles had his stake. Arbenz is being replaced by a series of dictators who have tortured more than 100 thousands of Guatemalans for forty years.

1954-1958, North Vietnam. For four years, the CIA has been trying to overthrow the socialist government. When all undercover activities have been exhausted, the CIA recommends that the White House proceed to open military intervention.

1956 year, Hungary. Radio Free Europe instigates opposition to the uprising, hinting that American aid will come in if Hungarians take over weapon. Hungarians are fought for this provocation, and the country becomes the scene of the invasion of the Warsaw Pact armies.

1957-1973, CIA intervention in Laos. Democratic elections in no way give Washington the desired result, the CIA annually annuls their results and appoints new ones. To drive the left opposition into the jungle, the CIA creates "secret armies" of Asian mercenaries. When this adventure collapses, the US Air Force connects - in the end, they will drop more bombs on Laos than in all the years of US participation in World War II.

1959 year, Haiti. The CIA brings Duvalier to power. The cruel dictator first of all creates his own police "Taunton makutami." Its victims will be more than 100 thousands of local residents.

1961 year, Cuba. The CIA equips one and a half thousand militants to overthrow Fidel Castro. However, Operation Mongoose fails due to poor planning. This is the CIA's first public defeat, with the result that President Kennedy is shooting Allen Dulles.

In the same year, the CIA kills the bloody dictator of Dominican Republic Trujillo, whom Washington has supported since the 1930 of the year. However, the dictator’s family gradually took over 60 with a percentage of the country's economy, which became a threat to American interests ...

In the same year, in Ecuador, the CIA, with the help of the local military, forces the democratically elected president, José Velasco, to step down. The new government is controlled by US appointees.

In the same year, in the Congo, the CIA liquidated the nationwide leader Patrice Lumumba. Nevertheless, its public support is so high that the United States cannot put its satellite in the presidential chair. A four-year civil war begins ...

1963 year, again the Dominican Republic. With the help of the local military and the American army, the CIA overthrows the democratically elected president, Juan Bosch, and establishes the power of the fascist junta. 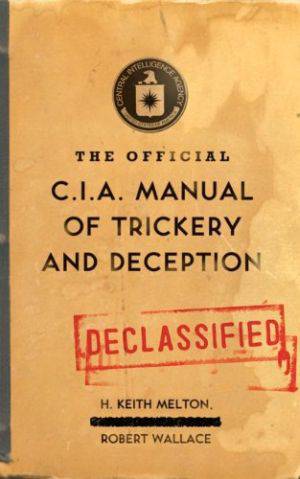 In the same year, in Ecuador, the CIA dismisses President Aroseman, who dared to declare politics independent of Washington, from power. The junta takes command, cancels elections, imprisons hundreds of its political opponents.

1965 year, Indonesia. After eight years of fruitless attempts to overthrow President Sukarno, who declared his neutrality in the Cold War, the CIA finally succeeds. US satellite General Suharto tortures about 1 million of his fellow citizens, accused of sympathizing with the communist ideology.

In the same year, a popular uprising in support of Juan Bosch broke out in the Dominican Republic. On the recommendation of the CIA, the White House sends US Marine Corps to the island.

In the same year, a CIA operation called Phoenix, designed to deprive the support of the communist leaders in South Vietnam, leads to the death of 20 thousands of civilians ...

1967 year, again Greece. The military coup, planned by the CIA, leads to the power of the so-called. "Black colonels". The next six years will be marked by the massive use of torture and murder against political opponents.

1968 year, operation "CHAOS". The CIA, who spied on American citizens since 1959, significantly expands the depth of surveillance. Undercover agents seek out pacifists and opponents of the Vietnam War. More than 7000 Americans will get hooked on their denunciations.

In the same year, the CIA organized an action to capture and kill the legendary partisan Che Guevara in Bolivia.

1969 year, Uruguay. In a country torn by political strife, the CIA creates death squads. They are led by Washington’s envoy Dan Mitrione, who advocates fascist methods of torture. His motto: "Acute pain, in the exact place, in the exact amount - for the desired effect."

1970 year, Cambodia. The CIA overthrows Prince Sihanouk, who negatively perceived American aggression in Vietnam, and instead puts down a puppet of Lon Nol, who immediately throws Cambodian troops against neighbors.

1971 year, Bolivia. The CIA overthrows left-wing President Juan Torres and gives power to the dictator Hugo Banzer - in the next two years he will destroy more than 2000 of his political opponents.

In 1972-1974 CIA agents are active in the Watergate case. President Richard Nixon instructs them to install listening equipment in the office of the US Democratic Party. They also do other dirty work, including helping to launder illegal donations made by mafia bosses to the Nixon campaign.

1973 year, Chile. The CIA overthrows the democratically elected president of Salvador Allende. Power is given to the fascist junta of General Augusto Pinochet, who executes tens of thousands of his compatriots.

1975 year, Angola. Henry Kissinger sends the CIA to a country that is not of strategic importance in the Cold War. Agents bet on the cruel leader of the Unit group, Jonas Savimbi. This leads his opponents into the arms of the Soviet Union. A completely senseless war will last ten years, its victims will be more than 300 thousands of Angolans.

1979 year, Afghanistan. The CIA begins supplying weapons to any local faction that is ready to oppose the Soviet limited contingent. Washington’s short-sightedness will lead to the fact that when the Soviet troops leave Afghanistan, the civil war will continue for another half a decade - and even today there is no end in sight. It is here that the CIA will raise a gin who will blow up the twin towers in New York ...

In the same year, the CIA supported a group of young officers who committed a military coup in El Salvador. It will result in repression and execution of peaceful demonstrations.

In the same year, the power of the dictator Somoza, affectionately called in Washington “our bastard”, falls in Nicaragua. The CIA is deploying large-scale financial and technical support for the remnants of the Somoza Guard. In neighboring Honduras, camps are being set up to train the contras. The Nicaraguan civil war will last ten years ...

1980-1994 In the abyss of fratricidal massacre, Salvador finally sinks. The death squads prepared by the CIA specialists, like the Hitlerite punishers, roam the countryside, commit mass atrocities and murders. By the 1992 year, thousands of Salvadorans were thus killed by 63.

1986 year, Haiti. A popular uprising sheds Duvalier the son, but Washington puts another semi-fascist leader in his chair. The new regime is reeling, and the CIA is forming local detachments of counter-intelligence, which suppress the people through torture and murder.

1989 year. The US Army invades Panama to overthrow its own dictator, General Manuel Noriegu. By that time, he had already been paid a salary by the CIA for 23. However, by the end of 80's, Noriega’s growing independence had ceased to suit Washington ...

1990 year, Haiti. Priest Jean-Bertrand Aristide gets 68 percent in the election. Eight months later, the military, with the support of the CIA, overthrew him. Thousands of Haitians flee the island fearing reprisals. The public calls for the return of Aristide, but the CIA declares him mentally unbalanced. 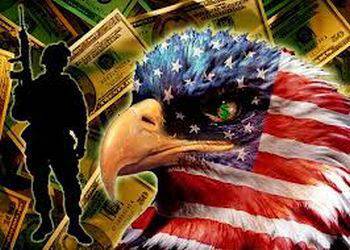 In 1991 and 2003 The United States is at war with Iraq twice, whose leader Saddam Hussein is another CIA creation. American diplomats in 1980 year incline Hussein to attack Iran. During that eight-year war, the CIA pumped his army in arms, trained officers and helped with money. All this allowed Saddam to crush many internal opponents, and also untied his hands for new military adventures, such as the occupation of Kuwait.

Interestingly, no one in the CIA could predict the most important event of the second half of the twentieth century - the collapse of the Soviet Union. The leadership and agents of American intelligence were so busy with subversive activities in various points of the world that they failed in their main job, collecting and analyzing information. It would seem that the fall of the USSR should have deprived the CIA of the very reason for its existence. An, no! The CIA focuses on economic espionage, until, finally, it will not form a worthy opponent for itself. This is a bloated anti-hypertrophic fight against Al-Qaida, which resulted in the creation of a network of secret CIA prisons in Europe and total surveillance of citizens inside the United States.

Despite all the attempts of Hollywood, where the CIA is still trying to romanticize, this organization is hated by people all over the world. It is the CIA that is the most lethal anti-advertising for the United States, American foreign policy and American democracy. And how could it be otherwise, if, according to the calculations of human rights organizations, by the year 1987, as a result of the CIA operations ... six million people died. The former State Department official, William Blum, very precisely called such terrifying results of the activities of the US intelligence community ... "American Holocaust."