US generals have forgotten the word "honor" (fbii.org USA) 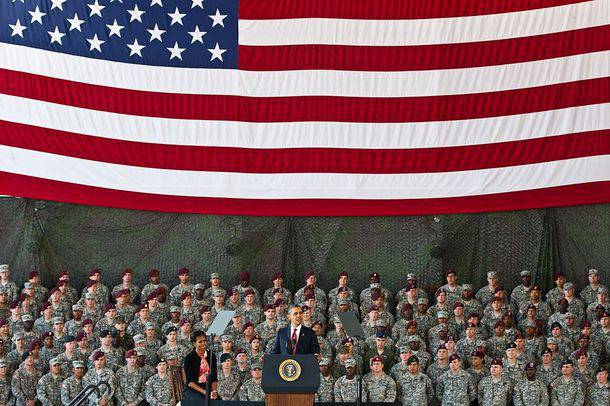 The weak moral character of the US military is known on all continents. They drink, steal, rob, kill, rape, both at home and at foreign bases. However, the generals are no better. In the US Army today, the old wisdom of the people found confirmation: the fish rots from the head. 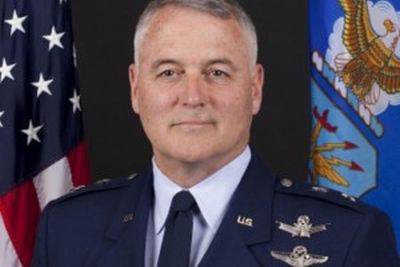 On Friday, October 11, General Michael Carey, commander of the US nuclear forces, was dismissed. Despite the rather vague wording (“due to the loss of leadership confidence”), the immediate future of the three-star general is quite obvious - a criminal investigation has already been launched against him.

Meanwhile, the official biography of the gray-haired commander states that he went through two campaigns in the Persian Gulf and received 13 orders and medals. Under his command around 10 served thousands of troops in three combat squadrons. The Pentagon keeps the details of the dismissal secret, but the media is confident that alcohol is the culprit and that, in essence, the nuclear missile potential of the US Air Force was, until recently, in the hands of an alcoholic. It brings chill ...

It is symptomatic that Carey’s dismissal took place when two weeks had passed since another “looking” at the American nuclear umbrella was removed from office - Deputy Admiral Tim Gardin, Deputy Head of Strategic Command of the US Armed Forces. Military sources told reporters that this removal is connected with the admiral's addiction to gambling. Moreover, Tim Gardin didn’t just play, he was caught ... in a cheat. Recall, the strategic command and headquarters in Omaha (Nebraska) is responsible for the American "nuclear triad" - ground-based ballistic missiles, submarine missiles and air force nuclear weapons.

It is worth noting that the last year - from autumn to autumn - as if passed under the sign of revelations of drunkenness and sexual adventures of a number of senior officials of the Pentagon and the CIA.

For example, in June, Major General Michael Harrison, the US commander in Japan, was removed. He covered rapists, obstructed the investigation, forged reports. It is interesting that Harrison is an experienced military man. For over thirty years, he held various command positions in the US Army. Including, headed the 10-th Mountain Division and the security command in Afghanistan. 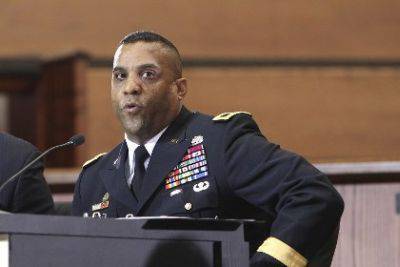 In May, Brigadier General Brian Roberts, one of the commanders of the Fort Jackson military base in South Carolina, was at the center of the scandal. He was suspended from service due to allegations of misconduct, including "adultery and physical altercation." According to USA Today, 36 annually pass thousands of recruits through the Fort Jackson training camp, two thirds of whom are women. Thus, under the boring definition of "physical quarrel" hides the bitter truth - adultery was associated with sexual violence. Roberts broke his beloved lip, because of what she later needed medical care. Note that the general commanded the base a little over a year. Prior to that, he was engaged in preparing soldiers for shipment to Iraq, and also led the unit engaged in the livelihood of the inhabitants of New Orleans, after Hurricane Katrina. Total Roberts served in the army 29 years old, married, has three children.

In April, Major General of the African Command of the US Armed Forces (“Afrikom”) Ralph Baker also lost his post for unworthy military behavior. He lost the trust of his boss due to "drunkenness and licentiousness, including harassment and promiscuous sex." Baker was dismissed as a result of an internal audit, which was initiated after an employee of the US Department of Defense in Djibouti wrote a statement to him. 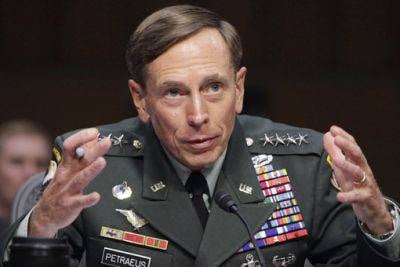 Finally, in November 2012, due to sexual promiscuity, CIA Director David Petraeus lost his post. Before joining reconnaissance, this four-star general commanded the American forces in Afghanistan, and earlier headed the Central Command of the US Armed Forces and the military grouping in Iraq. It is curious that two months after this resignation, the slightly veiled image of Petraeus fell on the cover of a book telling about general drunkenness among the American generals.

Earlier in 2012, another brigadier general, Roger Duff, pleaded guilty to charges of inappropriate conduct for an officer, carrying undeserved awards and false statements in his official biography. He was sentenced to two months of imprisonment and dismissal from the army. At the same time, on seven counts of inappropriate behavior, accusation of adultery and the provision of false information, Army Major General David Hale pleaded guilty. He was fined ten thousand dollars and thrown out. 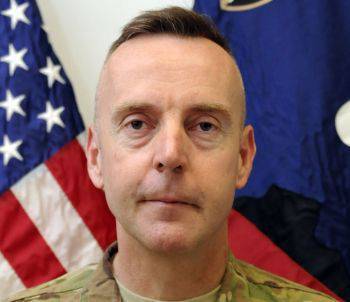 Finally, the investigation into the case of the next army brigadier general, Jeffrey Sinclair, who until the middle of last year held the post of deputy commander for the rear of the 82 airborne division, is currently ongoing. He is charged under eight criminal articles, including violent sodomy, indecent behavior, death threats, the spread of pornography, alcohol abuse in a combat situation, adultery, against several women who served under his authority in Iraq and Afghanistan. The trial dragged on because the accused did not plead guilty. The final court hearing is scheduled for January 2014, and if Sinclair’s fault is proven, he faces life imprisonment.

It should be noted that all the listed war criminals are those who, in a wide public debate, are respectfully called brave servants. Such a “general's bone”, heroes of the past hot spots - an example for boys and the “brain of the army”, they would have to become the “calling card” of the Pentagon. From the pages of the newspaper, they look at us in all their grand grandeur. But behind this masquerade lies another face - the face of robbers and rapists. Perhaps, the typical American general of the beginning of the XXI century remains forever in the soul corporal, who has simply been promoted many times in the rank ...