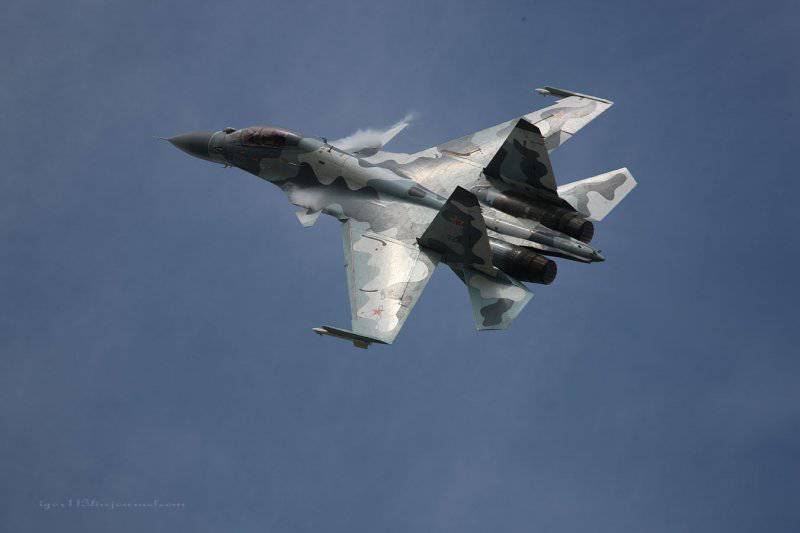 Dmitry Rogozin last week visited Angola at the invitation of the leadership of this country, who wants to revive cooperation with Russia. As part of negotiations with the Angolan Vice-President Manuel Vicente, memorandums of cooperation in the field of health and culture were signed. Rogozin also called promising cooperation in the field of hydropower, industry, the creation of service centers, personnel training. LUKOIL is exploring large oil fields near Angola.


But the main reason for inviting the chairman of the Military Industrial Commission was the desire of the Angolan side to revive cooperation, naturally, first of all in the military sphere. Angola is going to spend about 6 billion dollars to rearm the army. And it is quite logical that we will take part in this rearmament. At one time, our country made a great contribution to the struggle of Angola against the UNITA factions and the regular troops of South Africa. Angola was assisted by Soviet military advisers, and its army was armed with Soviet military equipment. And today, according to Rogozin, “Angola does not have a very calm environment. Therefore, we would be happy to help provide additional security. ”

While the first agreements on the supply of weapons. Angola can get the 18 fighter Su-30K. These are former Indian machines, they were delivered temporarily, until the completion of work on more advanced Su-30MKI. For Angola, they will be modernized and supplied with a solid set of weapons. Angola will also buy from us medium-sized transport helicopters of the Mi-17 series, with our help will upgrade the Soviet military equipment. The amount for which the first contracts are concluded can reach 1 billion dollars. We will also continue to train the Angolan military (over the past year, Russian military schools have released more than 500 Angolans).

Another area where we intend to increase the presence of our weapons is South America. Our delegation, led by Defense Minister Sergei Shoigu, is currently making visits to Brazil and Peru. According to some reports, we offer Brazil, like India, to join the development and production of the fifth-generation fighter T-50 PAK FA.

Collaboration on a promising aircraft can change the balance of power in the current Brazilian competition for 36 fighters needed to replace the outdated Northrop F-5 and Dassault Mirage. The fighters Gripen NG (Swedish company Saab), Rafale (French Dassault) and F / A-18E / F Super Hornet (American Boeing) officially participate in it. Until recently, the victory of Boeing almost no doubt. However, the revelations of the former NSA officer Edward Snowden, who revealed the surveillance by the US intelligence services of the Brazilian president, have already postponed the summing up of the competition. In the current situation, the American F / A-18E / F Super Hornet is not likely to be the winner. And our delegation can offer for the competition the fighters of the SU-30 series or even the Su-35.

Prior to this, our machines simply could not win the Brazilian tender, since the entire technical base and nomenclature of the Brazilian Air Force’s air armament differs from our standards. But if the agreements on the PAK FA are reached, then it will even be desirable for Brazilians to begin to master the Russian equipment, its operation and maintenance.

Peru also has an interest in our military equipment. After armory We left the T-90S tank for additional tests in Lima in May this year. Now Peru is armed with about 250 units of domestic T-55, purchased in the 70s of the last century. They are still in good condition and in operation. But the Peruvian army is in need of more modern cars. To begin, Peru is going to buy a batch of about 50-100 new tanks and is currently determined by the supplier. The T-90 has competitors - these are M-1A1 Abrams (USA), K-2 Black Panther (South Korea), "used" tanks Leopard 2A4 (from the Spanish Armed Forces) and 2E6 (Netherlands), T- 64E and T-84 Oplot (Ukraine).

The T-90C showed itself well in tests conducted at Peruvian test sites. Defensa.com leads a photo report from one of the tests and describes in detail the results of the shooting. So in a series of 48 shots at a distance from 1600 to 3000 m T-90 showed the effectiveness of 94,7%. Its excellent mobility on stony and sandy Peruvian soils is also noted. The Peruvian military expressed a desire to visit Russian training grounds in order to familiarize themselves with the quality of T-90C body armor in full-scale shooting. But preliminary agreements can be reached already during the visit of Sergei Shoigu.

Ctrl Enter
Noticed oshЫbku Highlight text and press. Ctrl + Enter
We are
Russia has good chances to expand its presence in the arms market of PeruRogozin visited Nizhny Tagil, shot from a tank and a gun
31 comment
Information
Dear reader, to leave comments on the publication, you must to register.