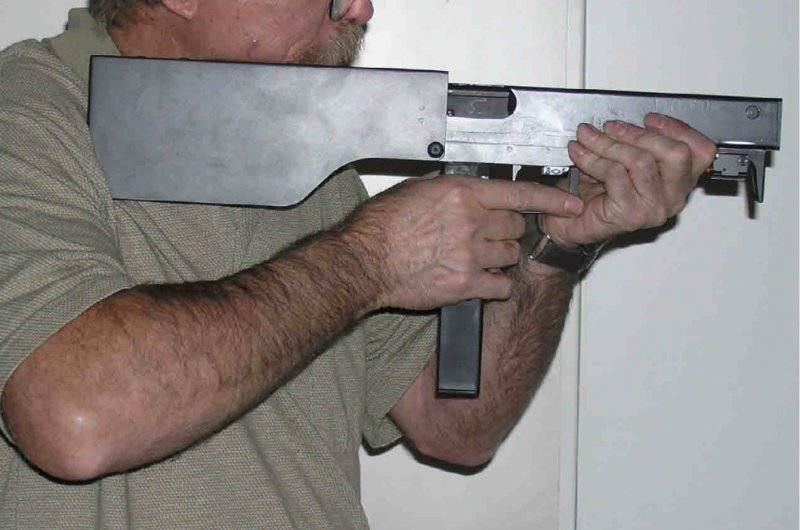 Submachine guns have been used for almost a hundred years.

Firmly occupying a niche between pistols and assault rifles, submachine guns are widely used in police and military units, as well as a means of self-defense. 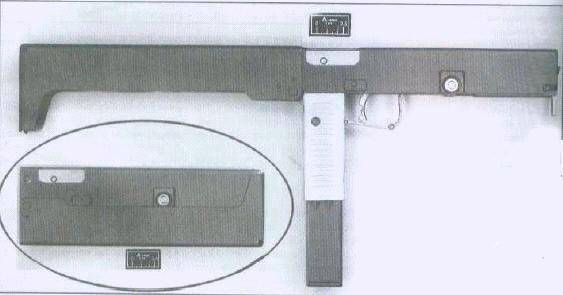 In the middle of 1970, Francis Varin came up with an idea that he called "stealthweapon". A double submachine gun could turn an unarmed-looking man into an armed to the teeth. Francis Varin patented the idea and offered his brainchild to ARES.

At that time, ARES was headed by the father of the legendary M-16 rifle, Eugene Stoner. In this connection, he is sometimes mistakenly attributed to the development of these weapons. It is quite possible that Francis Varin himself would not mind if Stoner was the designer because his submachine gun did not go into series.

The reason was the constructive complexity of the submachine gun. The submachine gun weighed 1,8 kg, used the magazine from the German MP-28, had a total length of 523 mm and 269 mm when folded.

The rate of fire of the weapon was 650 shots per minute, the type of firing is semi-automatic and automatic. 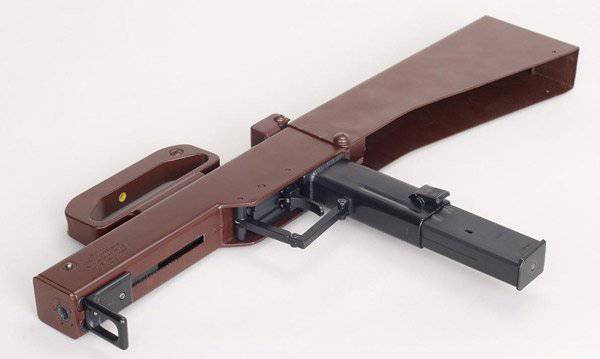 In the middle of 1970, an intelligent guy named Utah Connor developed a folding submachine gun that looked very similar to ARES, disguised as a radio (there was even a telescopic antenna).

As conceived by the designer, the submachine gun had to be demanded by security officers and police officers who at the time of “relaxation” could listen to their favorite radio station, and if necessary, turn the radio into a submachine gun in 2-3 seconds.

Connor gave his weapon the name "Undercover 9" or UC-9. Folding submachine gun UC9-M21 had a built-in radio and was disguised under it. 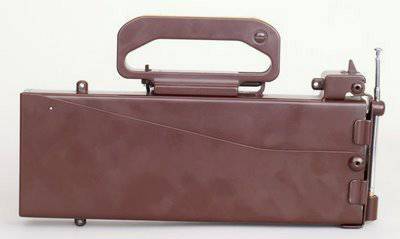 Joining forces with Dave Boatman, Connor improved the design and made a small batch of submachine guns by assigning them the designation M-21. The submachine gun simplified the shutter, which became telescopic, similar to the Uzi shutter, but at the same time the rate of fire was higher and reached 895 minute shots, the type of fire was only automatic. Shop from Uzi is designed for 32 cartridge.

The weight of the weapon was 3,4 kg, length in the unfolded state 520 mm and 267 mm in the folded. For great attractiveness, the submachine gun was made in various colors.

In 1986, legislative amendments were adopted prohibiting the sale of certain types of weapons, with the result that the production of the M-21 submachine gun was completed.

Probably, having decided to go with the times, the assembled submachine guns were equipped with a USB port. Now it is not clear that this is a submachine gun or flash drive. 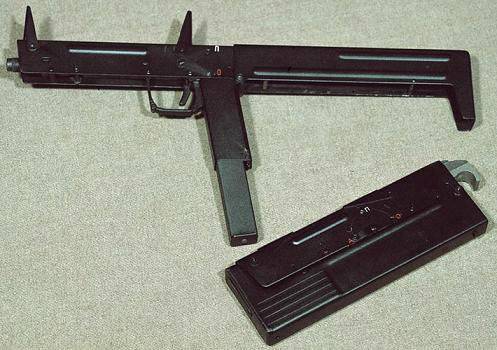 The relatively simple submachine gun was fully automatic with the rate of firing of 700 rounds per minute. The weight of the PP-90 was 1,8 kg empty, 2,26 kg equipped with the 30-and charging box magazine. Length in the folded state is about 254 mm, in unfolded 508 mm. The barrel had an external thread to install a silencer.

Ukrainian designer Igor Alekseenko creatively reworked the design of the PP-90 by adding a folding rear sight and replacing the caliber with 9х19 mm. The updated submachine gun was named Goblin, but did not go into production. 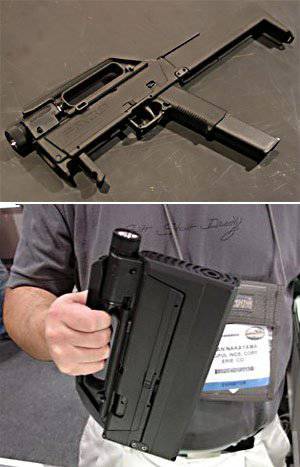 In 2008, Magpul Industries, a company well known for its accessories for AR rifles, stated that it works on a folding submachine gun. The new submachine gun FMG-9 weighed slightly more than 400 grams had a length of 254 mm in the folded state and 508 mm in unfolded (overall dimensions of the weapon of this class are very similar).

The FMG-9 automatics worked similarly to the Glock 17 pistol, the magazines on the 17 and 33 cartridges were used with the caliber 9 mm. Magpul presented a prototype at the SHOT Show at 2008, but the sample didn’t reach the actual production. It is true to note that weapons that look like FMG-9 were seen in the hands of airsoft.

At the moment, there are various compact submachine guns such as the H&K MP5K, MAC-10 and Micro-Uzi. However, I'm sure to say that the time of compact folding submachine guns has finally passed, probably too early.