Lebedev, Minister of Defense of Ukraine: “Our army is capable of accomplishing any task set, including a full-scale military operation” 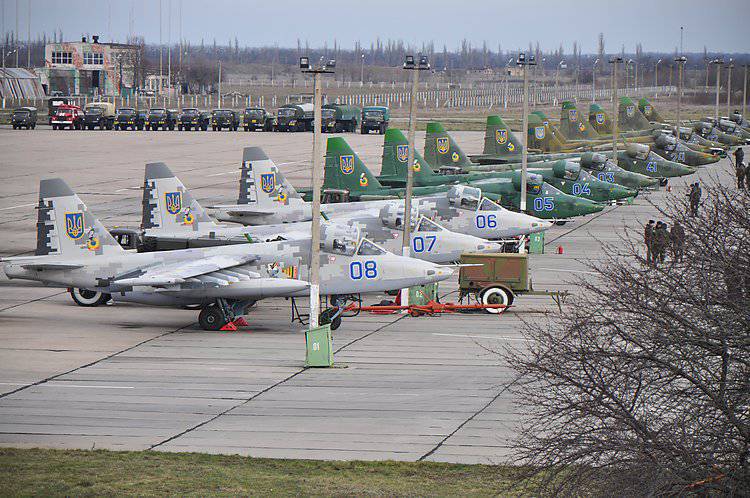 
Question: This fall, the last conscription of military servicemen took place. What problems of transition to a contract today can we talk about? Is the funding at this level appropriate?

Answer: As you know, according to a recent decree of the President - Supreme Commander Viktor Yanukovych, this fall will be the last call of citizens for military service. Our army goes to the recruitment contract. This is provided for by the integrated State program for the reform and development of our Armed Forces for the period up to 2017.

I want to note that while it’s too early to talk about the problems of replacing the recruiting system with a voluntary one, today it’s too early. For several reasons. First, this process has just begun. Secondly, the current dynamics of recruiting our Armed Forces as volunteers who have chosen military service under a contract with their profession indicates that this replacement is within our reach. And thirdly, we have significantly improved the motivation for our future contract.

As for the amount of financing directly to the professionalization of the army, we plan to spend more than 4 billion hryvnias in the framework of 35 billion hryvnas envisaged for the maintenance of troops over the next 90 years.

In my opinion, there is one eloquent criterion that quite clearly describes the sufficiency or insufficiency of the volume of this financing. This is the dynamic growth of the number of candidates for military service under the contract at our recruitment points. In the last 2 of the year, it has been showing steady growth.

Question: This year began a gradual increase in monetary remuneration for servicemen of the Armed Forces of Ukraine. Has the number of people willing to serve in the army increase in this connection? What are the trends?

Answer: The trends are positive. Increased as the number of people wishing to enter the service under the contract, and accepted for such. Since the beginning of this year, the number of full-time military personnel under the contract (taking into account those who left) has increased by 3,7 thousand people and amounted to 1 September of the current year 49,1 thousand soldiers. This is 58,3% of the total number of posts of soldiers and sergeants.

Today we can state the fact that special forces and army aviation The Ground Forces, 4 aviation brigades of the Air Force are already manned exclusively by contract servicemen - their average staffing level in this category reaches 90%.

I want to note that on October 14 we sent the last conscript servicemen from the ranks of the Ukrainian Navy to the reserve. Thus, our Navy is already fully staffed with the positions of sailors, soldiers, sergeants and foremen exclusively by contract servicemen.

Question: What amount of funding did the VSU ask the Ministry of Defense to budget for next year? How much will general and special funds cover?

Answer: In order to implement the tasks of the state integrated program for the development and reform of the Armed Forces of Ukraine for the period up to 2017, we expect to receive the defense budget in the amount of more than 2014 billion UAH for the next fiscal year 25. Of these, 24 billion UAH. - This is a general fund, and 1 billion UAH. - a special fund (according to the calculations of the Ministry of Finance).

The cost structure, if approved by us, will be the following picture: 5 billion UAH (20,1%) is proposed to be spent on the development, modernization, purchase, repair and maintenance of weapons and military equipment; 2 billion UAH. (8,4%) - for education and training of the Armed Forces of Ukraine; 18 billion UAH. (71,5%) - for their content.

At the same time, it is planned to improve the internal balance of defense expenditures. In particular, there will be an increase in part of the cost of rearmament (from 10% to 20,1%) and combat training (from 7% to 8,4%) with a simultaneous decrease in the cost of maintaining troops (from 83% to 71,5%).

Question: How would you characterize the development of the Ukrainian defense industry? Many experts speak of his decline. What actions is the leadership of the Ministry of Defense undertaking to develop this sector?

Answer: To assess the real possibilities and prospects for the development of the domestic defense industry, in contrast to the notorious "majority of experts," we can only with respect to those projects that interest us, the Armed Forces of Ukraine, as a customer. After all, most of the domestic defense industry is not at all under the control of the Ministry of Defense, but a perfect other department.

From this point of view, the level of our interaction with the national defense-industrial complex fully satisfies us. At least, its capabilities regarding the development, testing and mass production of the weapons and military equipment we need are acceptable.

The Ukrainian military-industrial complex is gradually updating technologies and conducting technical re-equipment, reconstruction of the experimental and production base, which objectively creates opportunities for organizing the production of modern types of weapons and military equipment. For some types of weapons and military equipment, we have already managed to create practically closed production cycles directly in our country. For example, on armored vehicles, small arms, a certain range of rocket weapons a number of other areas.

Question: How is the implementation of the project of building a ship of the corvette class progressing? At what stage today is this program, how is the financing carried out and how much money did the Ministry of Defense request for this direction for the next year?

Question: You have previously stated that the Ministry of Defense refuses to implement the Sapsan project. This caused critical expert comments, since substantial funds had already been invested in this project. Is it a premature decision and why is it argued?

But I want to note that the final decision on this issue at the state level has not yet been made.

Question: What are the plans of the Ministry of Defense regarding the purchase of An-70 aircraft? How many are they planning to buy the Russian side? How successful is this aircraft being tested?

Answer: As you know, the development and creation of a promising military transport aircraft An-70 and, accordingly, financing of these activities from the state budget of Ukraine is carried out according to a special targeted defense program. In turn, the integrated state program for the reform and development of the Armed Forces of Ukraine for the period up to 2017 provides for the purchase of at least 2 aircraft for the army. However, if there are additional funds, this amount can be increased.

As for the characteristics of the process of procurement of this sample by the Russian side, which also participates in the project, it is outside the scope of the Ministry of Defense of Ukraine. About when and how many of these aircraft is going to buy the Russian Federation, you better ask from its official representatives.

Regarding the success or failure of testing prototypes of An-70, only its developer, KB them, can provide comprehensive and complete information. Y.Antonova. I would not like to comment on what is being created by others; this is simply incorrect.

Question: What new models of weapons and military equipment are planned to be purchased?

Answer: The measures of the comprehensive program provide for the purchase and equipping of the Armed Forces of Ukraine with new and modernized models of military equipment: airplanes, helicopters, anti-aircraft missile and artillery weapons, radar stations and air defense systems, ships and boats, tanks and armored combat vehicles, army vehicles ...

Question: How do you rate the combat readiness of the Ukrainian army today? What threats do you see for the state and are they capable of opposing them?

Answer: Our army is quite combat ready. As the results of numerous exercises show, the personnel of the Armed Forces of Ukraine are well trained and prepared. The level of his weapons and equipment, as well as the provision of all the necessary supplies for life and battle is sufficient for that, if necessary, to perform any task. Including in the format of a full-scale combat operation.

I was convinced of this more than once, having been around 15 this time directly in the army. It is planned in total for this year more than 20 of such trips. For example, in the spring of this year, I personally checked the capabilities in this regard of our 30 mechanized brigade, I also checked parts of the Air and Navy, a number of other parts and formations. And they all demonstrated quite confident ability to solve the tasks set for them. Of course, the current level of operational capabilities of our army is not the limit. And there is the possibility of a significant increase. Today we are working hard on this.

As for the threats to the national security of our country, or rather their evaluation and analysis, this is a very large and complex matter, its results are contained in all the program documents of the defense of our country, starting with the military doctrine of our country and ending with the development and reform programs of the Armed Forces .

Ctrl Enter
Noticed oshЫbku Highlight text and press. Ctrl + Enter
We are
A great interview with Sergey Lavrov: about Ukraine, Obama and IranMilitary reform as an integral part of the security concept of the Russian Federation: Systematic dynamic assessment
32 comments
Information
Dear reader, to leave comments on the publication, you must to register.