Rocket and space industry of Ukraine: ordered to survive? 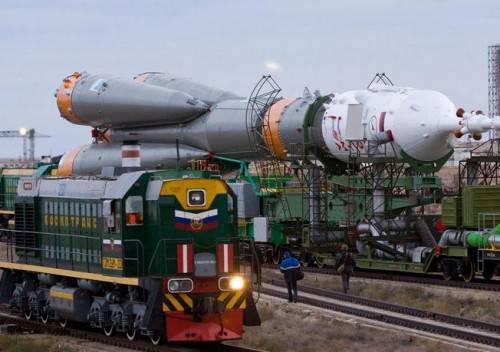 The rocket and space industry of Ukraine - one of the leading and knowledge-intensive branches of the domestic industry during the times of the USSR, is experiencing far from the best times. An extremely painful blow to it threatens to become Ukraine’s future signing of the Association Agreement with the EU.


The fact is that, historically, the rocket and space industry of Ukraine was created in close cooperation with the republics of the former USSR, and not with the European powers. The “lion's share” of the manufactured products is focused on the Russian market. Official Kiev still hopes to continue full-fledged cooperation with Russia without customs barriers and after the Vilnius summit.

On September 30, President V. Yanukovych signed the law “On Approval of the National Target Scientific and Technical Space Program of Ukraine for the 2013-2017 Years”. The total budget of the program is 2,58 billion UAH., Including 1,12 billion UAH. from the state budget of the country. If you calculate the annual costs, you get about 512 mln. For comparison: the federal space program of Russia for the period up to 2015 of the year provides for expenses in 1,2 billion dollars [9,828 billion UAH.] Per year.

When planning expenditures for the space program, the government of Ukraine clearly did not take into account the situation with the current filling of the state budget, as well as how domestic industrialists will have an impact on the free trade zone with the EU.

It is characteristic that the notorious “multi-vector” foreign policy of official Kiev penetrated into the approved space program. Ukraine plans to develop international cooperation with the Russian Federation, EU countries, Brazil, Canada, Belarus, USA, Kazakhstan. But is it realistic to argue about the simultaneous receipt of benefits in different directions in conditions when the CU countries inevitably impose restrictive measures for Ukrainian exports in the form of protective duties and the question of the effect of an agreement on a free trade zone in the CIS?

One of the most used today for launching satellites, the Zenit-3SL launch vehicle, produced in Ukraine, has an upper stage DM produced by the Russian Rocket and Space Corporation Energia.

To date, on the basis of an intergovernmental agreement, the Ukrainian-Russian corporation Cosmotrans is operating, serving launches of the launch vehicle co-production Dnipro at Baikonur.

The Ukrainian side in May of this year noted the need to continue cooperation in the space sphere with Russia and Kazakhstan. Ukrainian Prime Minister Yuriy Boyko said that the country “needs access to the Vostochny space center to participate in large-scale space research and development projects”. In this connection, cooperation with Russia will be developed both in the construction of a cosmodrome, and in the creation of heavy rockets, and then their launches. Then, the Ukrainian Ambassador to Kazakhstan, Oleg Demin, reported on an agreement reached with Astana on the joint development of Baikonur.

The Russian side, in turn, offered Ukrainian colleagues promising participation in the development of a heavy launch vehicle for flights to the Moon. Russia understands that losing the scientific and technical potential that was created in the Soviet times on the basis of Yuzhmash and Yuzhnoye Design Bureau would be simply unwise. Do Ukrainian authorities think so? One gets the feeling that they have no such awareness.

It is possible to talk about the dense scientific and technical cooperation of Russia, Ukraine, Belarus and Kazakhstan only under the conditions of the Customs Union, which provides a special tax regime and a single preferential amount of import duties for rocket and space products for all participants of industrial cooperation.

It is not difficult to assume that under the conditions of the “hysteria” that has swept over Ukraine against the country's full participation in the CU, there is a very fragile ground for the intergovernmental agreements of Ukraine with Russia and Kazakhstan in the space sphere. There have already been reports in the media about the possible closure of the joint Dnepr program due to a pause in the launches. The Dnepr launch vehicles are nothing more than taken off-line and upgraded PC-20. However, there are difficulties already in Russian-Kazakhstan relations, and the question lies in the plane of ecology. Dnepr flies on a heptyl that is quite toxic to the environment, because of which Kazakhstan presented Russia with a lot of complaints (Angara and Zenit engines run on an oxygen-kerosene mixture).

The question of financing promising space research continues to remain difficult. Today, instead of the time-tested Baikonur, the Ukrainian side is reorienting to launches from the distant Brazilian cosmodrome Alcantara in the framework of the Cyclone-4 project, the Ukrainian-Brazilian project is being credited by Russian banks. In particular, in 2011, the Sberbank of Russia and the State Enterprise of Ukraine "Design Bureau" Yuzhnoye "them. M.K. Yangel ("KB South") signed an agreement on a long-term loan in the amount of 260 million US dollars. Guarantees for this loan were provided by the Government of Ukraine.

For some reason, Europeans are not in a hurry to lend Ukraine leverage in the form of financial assistance for the development of high-tech industries, which include the rocket and space industry. The answer to the question of why this is happening lies in the plane of geopolitics and geo-economics.

In the EU, in contrast to Russia, they are not interested in maintaining a high-tech research and production base in Ukraine as a competitor to their own similar industries.

The pro-European orientation of the Ukrainian elite has already caused serious damage to the Ukrainian-Russian industrial relations in the field of space development. Due to the unsettled customs duties and the reluctance of the Ukrainian side to fully join the Eurasian economic space, the management systems for Soyuz and Protons produced by the Ukrainian association Kommunar will now be produced by Moscow and Yekaterinburg.

Such a duplication of high-tech Ukrainian production facilities in Russia is just a means to ensure reliable and uninterrupted (independent of the European experiments of official Kiev) manning the necessary units of reliable rockets for manned and cargo launches.

It is sad that many workers in the country's rocket and space industry who are losing their jobs because of a reduction in orders in Russia are being taken hostage by the unreasoned “European” choice of the Ukrainian authorities.

Russian President Vladimir Putin quite clearly indicated the need for close integration within the framework of the CU and the Eurasian Economic Space: “I can hardly imagine how Ukraine’s rocket and space industry will develop. She is very solid, and the rocket industry and aviation. It seemed to me that if we, within the framework of a single economic space, together determined some principles, then, for example, talking to Europeans with us as part of Russia - Ukraine - Kazakhstan - Belarus would be much more difficult than individually, especially in direct relations with only one Ukraine. ”

But it seems that the representatives of the Russian powerful Olympus who are in captivity of the “pro-European” euphoria believe that the Europeans will allow Ukraine to further develop the rocket and space industry in the interests of Ukraine. They should have listened to the words of the Ukrainian astronaut Major General of the Air Force Leonid Kadenyuk: “In Ukraine, the space industry does not exist because of someone, not because of the state, but in spite of the problems that exist ... Besides, there are already problems with personnel. Young people do not want to go to work in the space industry because of low wages, mostly those who like this job very much are interested in the profession, and there are less and less of them. ”

Without close cooperation with Russia, Belarus, Kazakhstan, it is impossible to imagine the continued survival of the Ukrainian rocket and space industry. Full cooperation of such enterprises will take place only within the framework of the Customs Union and the Eurasian Economic Union.

Ctrl Enter
Noticed oshЫbku Highlight text and press. Ctrl + Enter
We are
List of destroyed the largest and most high-tech enterprisesUkraine: 2012 Results and Challenges 2013: China's breadbasket, IMF slave, Weimar Republic, dying GTS and impending riot
90 comments
Information
Dear reader, to leave comments on the publication, you must to register.