Storming an apartment with the Banner of Victory. The absurd thriller is not finished

October 17 2013
77
History with the police storming an apartment in Kiev, on the balcony of which 14 of October, during the march of UPA supporters, two copies of the Victory Banner were hung, successfully completed the next day around 12: 30. Protesters protesting against the neo-Nazi march safely left the apartment. 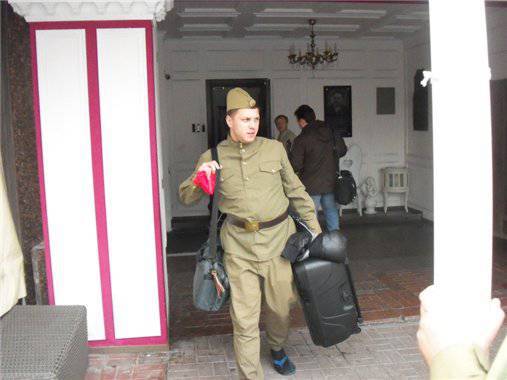 From the entrance go to the participants of the defense

According to the organizer, Vladimir Rogov, police attempted to storm the apartment’s front doors all night long, and only with the dawn did the police leave the house. Together with the policemen, the tarpaulin boots, which are part of the Red Army men’s suits rented by three young men, disappeared. “We left them in the vestibule between the outer and inner doors of the apartment,” Vladimir told the Controversy correspondent who visited the scene. - The attackers opened the outer door, and we barricaded the inner door, and the police failed to defeat it. And in the morning, when the police left, there was no boot on the spot. We don’t even assume that it was necessary for law enforcement officers to wear used soldier’s shoes. ”

This is not the only mystery of the sleepless night for the whole house. First, the reason for the assault changed several times during the night. According to another participant of the rally Sergei Razumovsky, immediately after the passage of the Freedom column at the entrance of the 51 / 53 house on ul. Bogdan Khmelnitsky gathered several small groups of “Svobodovtsy”, who were quickly replaced by representatives of the ROVD, who explained to him that they were protecting the young people who had hung the Victory Sign from the attacks of neo-Nazis. Then the police rebelled the whole staircase, looking for an apartment, on the balcony of which hangs a red flag. “They just ran around the apartments and demanded to tell where the red flags were hanging. The impression is as if today is not 2013, but 1943, a year, and the police are looking for underground workers! ”Razumovsky shares his impressions. 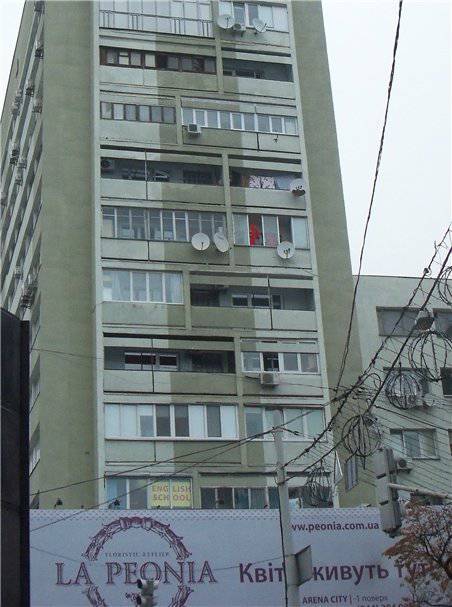 Having found the necessary apartment, the police demanded that the people who were in it open the doors on the basis that, according to the information of the law enforcement officers, the terrorists were holding the people's deputy of Ukraine hostage. They could not think up the name of the people's deputy for a long time, but in the end, they declared communist Alexander Golub to be such. And soon a version appeared about the requirement of the landlady to check the safety of the property located in the apartment.

Neither the names, nor the documents, nor any decisions about the opening of the apartment, the police did not present to any journalists, nor to Sergey Razumovsky, who entered the porch. He, who tried to turn on the electricity in the apartment, turned off by the attackers, was going to be immediately arrested, accusing him of trying to de-energize the alarm system of some of the neighboring apartments. However, Razumovsky, first, presented a certificate of a senior reserve officer, and the police officers had to “slow down”. “They started asking me to persuade the guys to surrender to the guys barricading themselves in the apartment. Motivated by simply asking a few questions and letting go, and so it would be better for everyone. ” 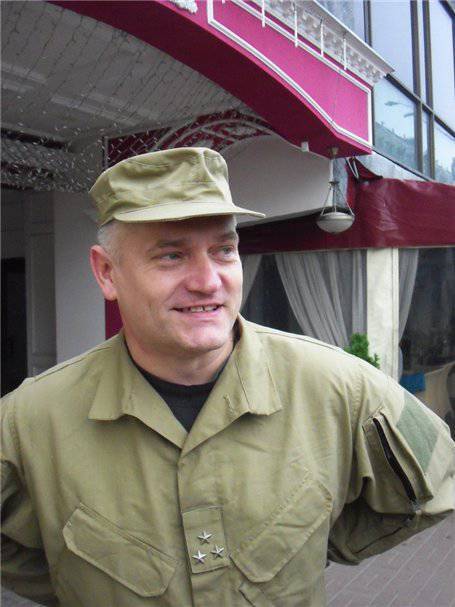 Secondly, the light in the apartment was not just turned off, but the wires that Razumovsky had to be screwed back were pulled out of the automatic fuse.

Thirdly, the outer door to the apartment was opened either with a duplicate key or a master key, since people in the apartment learned about the attempt to storm her only after the police began to plant the inner door, which the attackers did not immediately open.

Fourthly, already during the storming of the apartment, Vladimir Rogov contacted the real estate company that turned in his apartment, and the realtors announced that they had no complaints about him. However, in the middle of the night the police brought a woman directly to Rogov’s apartment in the house, and under pressure from the police, she tried to ensure that the "besieged" surrendered. After the disappearance from the police station, both this woman and the concierge confirmed that they acted under pressure from the assembled police officers, whose number at different times ranged from 12 to 15 people. By the way, the realtors issued a receipt to Rogov in that they have no complaints about the safety of the property in the apartment. 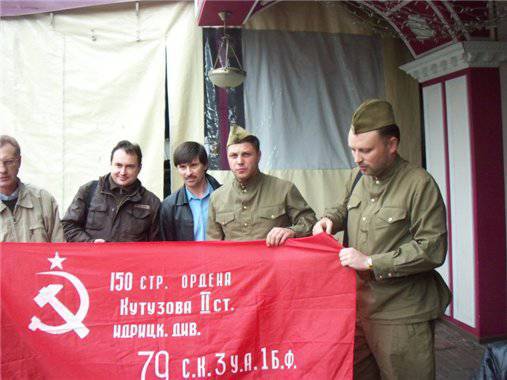 All the actions of the police in this situation suggest that she did not have any official reason or authority both for entering the apartment and for apprehending people in it. That is, we are talking about a brazen, brutal "private order" for physical reprisals against people who have infuriated some of the high-ranking neo-Nazis by hanging the Victory Banner directly above the "Freedom" column.

And Vladimir Rogov and his comrades were incredibly lucky that the inner door to the apartment they had rented was strong enough. Otherwise, a summary of the incidents for tonight could well be replenished with detention, for example, a group of drug dealers or even the destruction of a particularly dangerous gang of terrorists who resisted arrest.

It was the threat of a possible attack on the protesters by either the neo-Nazis or the police after the siege was lifted from the apartment was the reason that reserve officers were on duty in the morning when they decided to insure their comrades who had survived several night storms. Perhaps such a development could be avoided only because of the wide publicity of the incident and the presence of "undesirable witnesses." 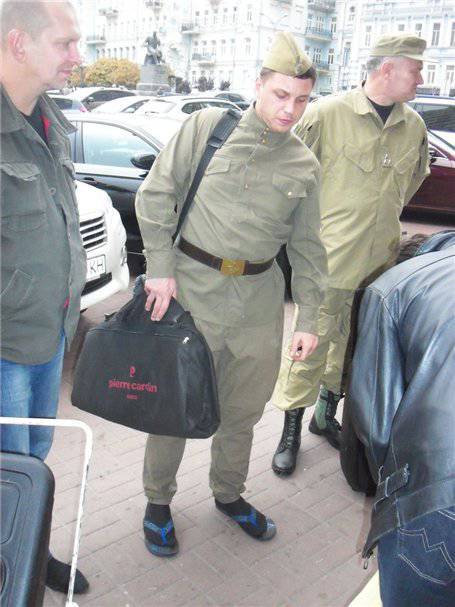 And the boots were taken away by the police

However, all is not yet complete: for some reason, the valiant Kiev militia needed shabby kersey boots of “especially dangerous terrorists” who hung red banners on the balcony of a rented apartment directly above the head of the marching Bandera. It is possible that the DNA samples of Vladimir Rogov and his comrades, taken from the then-smeared “kirzachs”, will come up somewhere when investigating any particularly serious crime ...

Ctrl Enter
Noticed oshЫbku Highlight text and press. Ctrl + Enter
We are
Riot dayThe Ministry of Defense declassified the archives of the activities of the UPA during the Second World War
77 comments
Information
Dear reader, to leave comments on the publication, you must to register.