October 16 2013
396
Almost a week has gone since the premiere of Fyodor Bondarchuk’s film “Stalingrad” (there were also pre-premiere shows in Volgograd). It was not possible to get to the premiere itself (that is, on the first day of the screening) of the film, which was initially somewhat upsetting. Then the feeling of frustration was transformed into "it is better", since it was possible, before actually watching, to carefully read the materials in the form of reviews, reviews and evaluation articles, which literally flooded a wide variety of publications. Film critics, non-specialists, as well as people who consider themselves to be nothing more than freshly baked film critics who are ready to spread out the script, directing and acting in the film on the shelves, began to fill various forums, blogs and other platforms with their impressions of Stalingrad. At the same time, some comments and assessments are such that two opinions can be made about their author: either this person managed to write his own review and didn’t see the movie at all, or at least Quentins Tarantino or James Cameron did it, behind which are placers of masterpieces, but because they have every right to any statement about any picture. 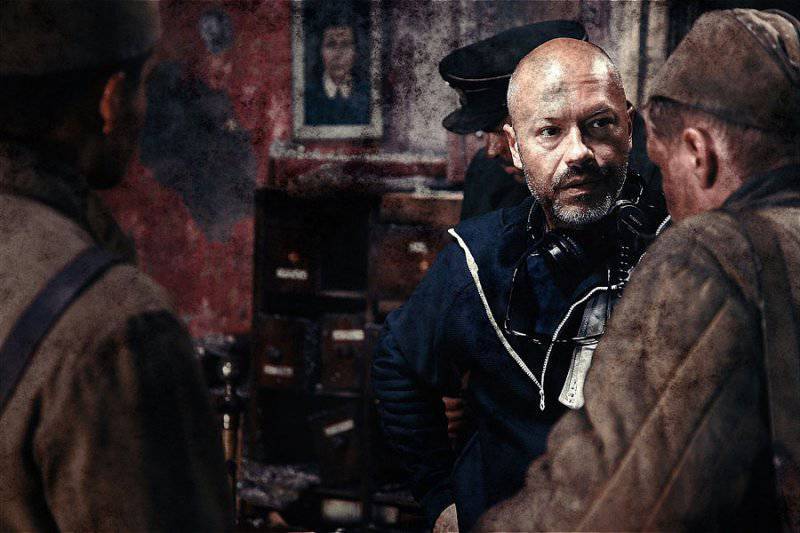 After reading dozens of various reviews, the desire to see Fyodor Bondarchuk’s film only increased. I am not a film critic, and therefore I am not going to present my personal opinion about the film as a kind of professional assessment of Stalingrad. I will say the following: what I saw on the screen in the IMAX 3D format, I (again, personally) really impressed me. I see no reason to retell the plot of the film, as this can only harm the person who is going to see the film with his own eyes. But to speak out from the point of view of an ordinary viewer, an amateur from the cinema, and to speak out not only about Stalingrad, but also about negative reviews on the Internet, rippling on the Internet, he considered it necessary.

Immediately it should be said that the film will be difficult to watch to the person who came to the cinema with the sole purpose to compare the real events of the Battle of Stalingrad and what is shown in the film. Such people for trying to compare the calibers of "cinema" and real weapons, the bends of the Volga riverbed in 1942 and 2012, the height of the tops of the boots or the “splitting” of human viscera from a projectile rupture risk completely forgetting that this is not a documentary, but an artistic tape, in which documentary, of course, plays an important role, but still it should not dominate the rest.

It will be difficult to watch the film and the person who decides from the moment of the start of the viewing will certainly compare the film of Fyodor Bondarchuk with the films of other directors (both past and present).

Before watching, I read a review about a film of the following nature: they say, a film about how several smeared with soot actors depicting Soviet fighters, together with a girl, sit in the basement and wait for Bondarchuk to spend the last cent of the 30 million allocated to him ... And the same person immediately writes that “Stalingrad” doesn’t fit into the soles of the old Soviet films “Only old men go to battle” or “... And the dawns here are quiet”. Well, the “commentator” in his thoughts is clearly inconsistent: according to the same logic, he had to write that in his film Stanislav Rostotsky told how a foreman and several girls-fighters “endlessly” roam the woods; that the film by Leonid Bykov is not about those pilots who spend their time daily exclusively in air rams, but about “some other” - those who dance and sing.

This is me to the fact that if a person came to watch a movie with a desire to find only minuses in it and with the thesis that before the grass was juicier, the mountains are higher and the stars are brighter, then such a person, excuse me, cheat on any movie, no matter who he took it off, whoever appeared in it, and what storyline in it would have developed ...

“Stalingrad” is a film that was shot not in 60's or in 70's. Therefore, we should not expect a certain repetition from the film. history Soviet cinematographic tradition, no matter how wonderful it is. This film is just different. It is modern, it is an event, and it looks different. And yet, and it is simply impossible not to note today, it is interesting not only for film aesthetes, but also for representatives of modern youth. When you see in the cinema, the interest is shown by representatives of the middle and older generations, as well as by people, let's say, until 20 or so, when you don’t see attendants with popcorn or you can see them side, then it says a lot today. Even the so-called “places for kisses” at “Stalingrad” turn into places for interested viewing. This is evident, and the audience interest in the hall, if I may say so, is felt.

It is noteworthy that during the viewing, the audience gathered (and these were people of different age groups) did not utter a single caustic word, and no one had left the hall before the end of the show, which they often had to face in other pictures. As they say, whether the audience at this moment gathered extremely intelligent, or whether the film really hurt everyone sitting in the hall ... As it really happened there, it doesn't even matter anymore. It is clear that the Bondarchuk tape is of interest.

The film was made in the wrong way, so that at every stage of the plot development, it would be scrupulous to reveal the historical course of the Stalingrad battle. This is a film in which the Battle of Stalingrad itself is chosen as the background of two developing love stories at once. Of course, someone may not like it, someone will declare that this is some kind of military love glamor, and love, they say, is not the place in war, someone might argue that he would have shot everything differently — certainly it is better, historically verified and, of course, cheaper, and the “saved” millions of dollars would be distributed to orphans ... But lately, such demagogy is all the time: lean out for a couple of seconds, shout out something absurd and right there in the bushes - they say, mission accomplished, moral satisfaction obtained.

In Stalingrad, Fyodor Bondarchuk made an attempt to saturate the plot with a multitude of intersecting processes, and this, in my humble judgment, was possible. The film is not so much about the war, but about the fact that the war - it, like life, is different, multifaceted - cannot be displayed in one black or one white.

The film is capable to cause the most powerful emotions in any normal person, the effect of empathy, participation. The viewer is immersed in this atmosphere (the technologies applied here, of course, play one of the most important roles). At the same time, “Stalingrad” is not for those who come to the cinema to have a rest, and this film is not for regular TNT viewers (not switching to other TV channels), although for such a contingent “Stalingrad” would be the best medicine for an unhealthy “gee-gee” -manias "and total" pofigizma. "

There are historical inaccuracies, there are exaggerations. But once again, for a moment, this is a feature film ... And the work, the authors of which do not pretend at all to position themselves as authors of video sequences to a school history textbook. And any book materialists will find what they want to find: even in the documentary video footage of the Battle of Stalingrad itself (this, of course, not about the film “Stalingrad”), they can see something that does not fit into their understanding of history - they say everything is another was - heard, we know ... 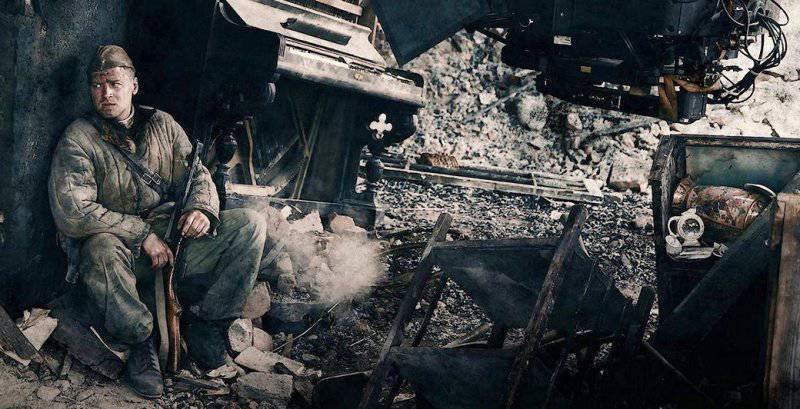 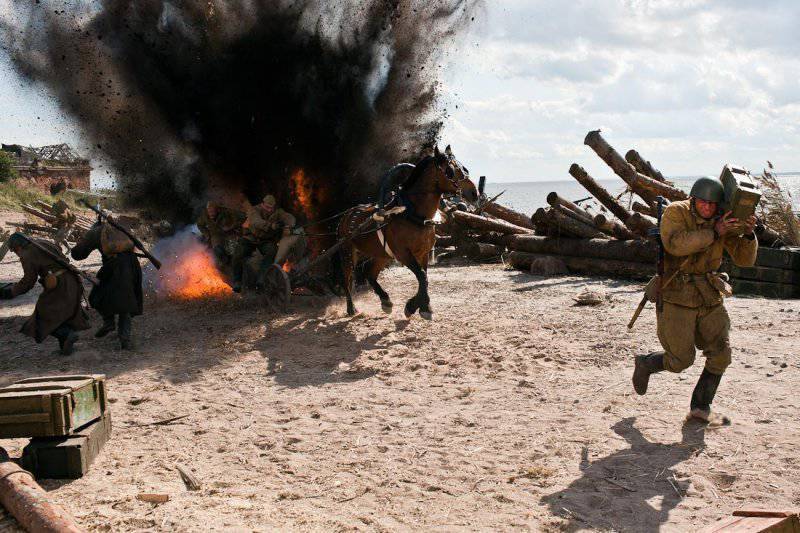 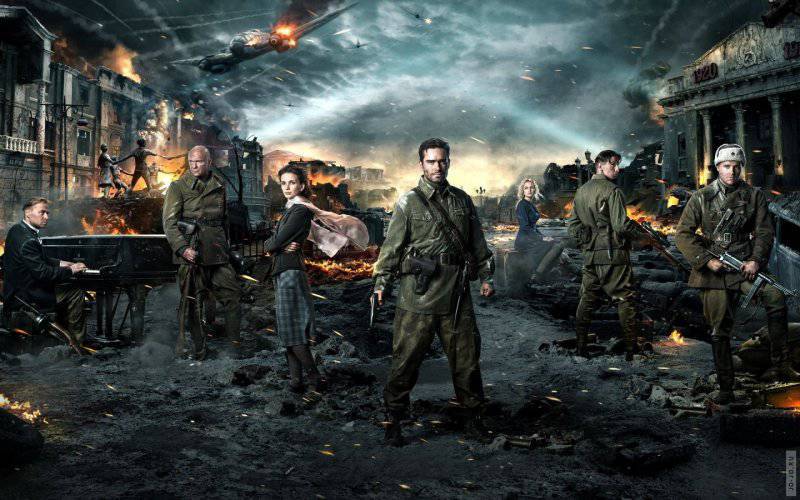 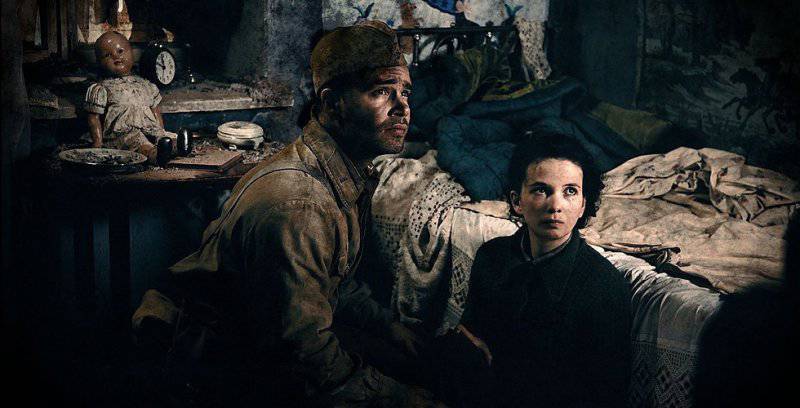 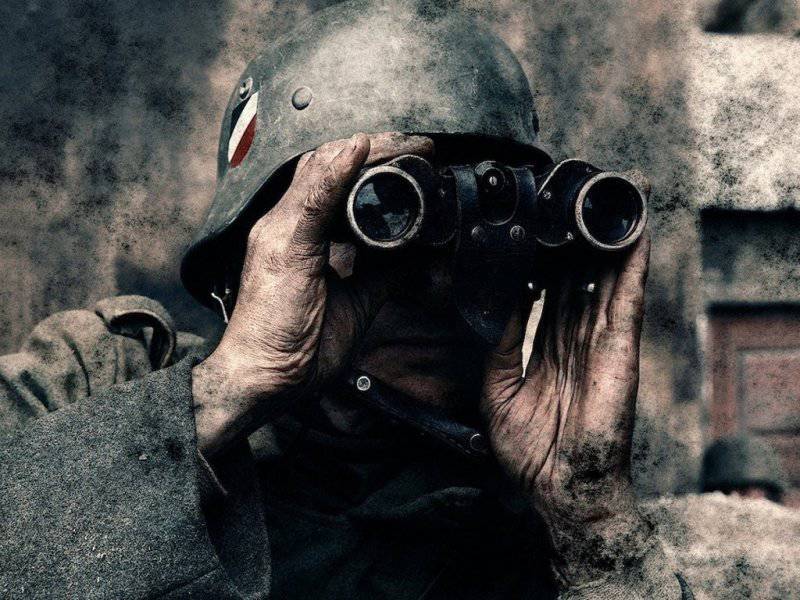 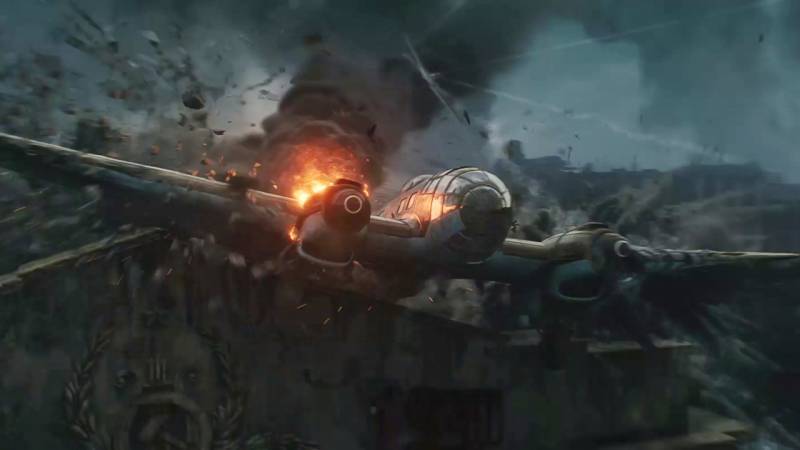 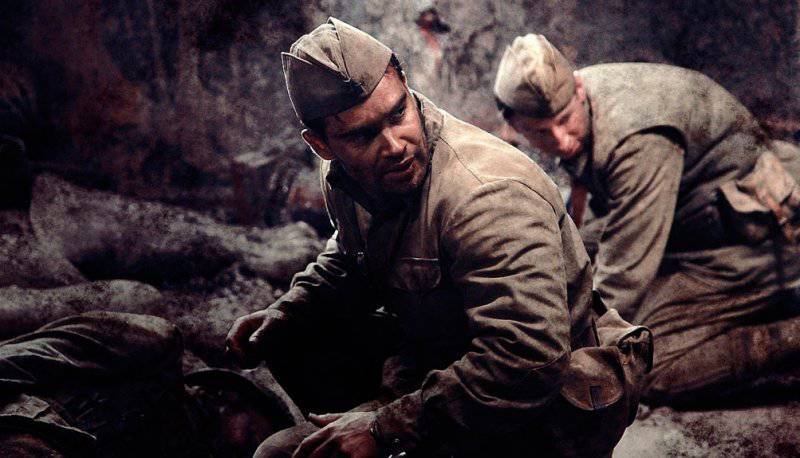 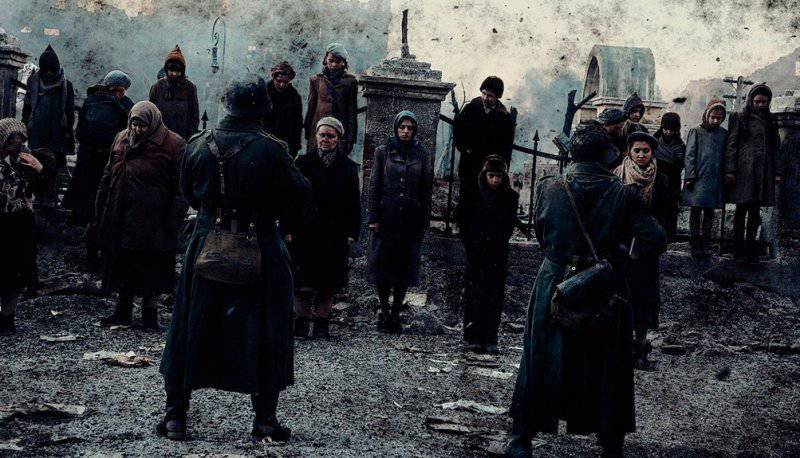 Ctrl Enter
Noticed oshЫbku Highlight text and press. Ctrl + Enter
We are
Ships of the Caspian Flotilla in VolgogradThe guys from our yard. Photo report from the opening of a unique sports ground
396 comments
Information
Dear reader, to leave comments on the publication, you must to register.