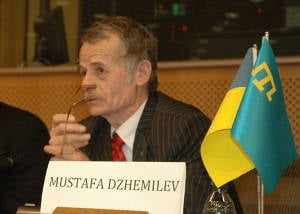 Expected at the end of November this year. Kiev’s signing of the Association and Free Trade Area Agreement with the European Union will have the most serious social and economic consequences for Ukraine. However, this is not the end. European integration can turn into a threat to the territorial integrity of Ukraine. Kiev suffered the first territorial loss, and the blow was struck from the west: according to the decision of the International Court of Justice, Romania chopped off the shelf off Snake Island from Ukraine in 2009.


It is unlikely that this will be the last loss of the Ukrainian state on the way to a European future. As Kiev’s movement towards European integration accelerates, Ankara’s voice, louder and louder to get its piece of Ukrainian pie, the Crimea, is becoming louder.

At the recent meeting of the Turkish Prime Minister Recep Tayyip Erdogan and the head of the Crimean Tatar Majlis M. Jemilev, the results of the visit of the President of Ukraine V. Yanukovich to Turkey and, in particular, how the Crimean Tatar issue was touched upon were discussed. And not to affect him Ankara could not. From the Turkish side there was a proposal to hold a four-sided meeting (the foreign ministers of Ukraine and Turkey + representatives of the Autonomous Republic of Crimea + the head of the Majlis M. Dzhemilev), which the Ukrainian president could not refuse. The event is scheduled to be held in January 2014, when Turkish Foreign Minister Ahmet Davutoglu arrives in Kiev for a meeting of the foreign ministers of OSCE member countries. Turkey expresses a desire to create a free trade zone with Ukraine, and this argument, along with Ankara’s ability to light or extinguish a wick in time, which leads to the Crimean Tatar “mine”, makes Kiev compliant.

M. Dzhemilev reported to R. Erdogan on the results of the meeting of the Mejlis members with EU Commissioner Stefan Fule and on assessments of the state of the Crimean Tatar issue by UN and OSCE expert groups. The meaning of these estimates is as follows: Ukraine has embarked on a path of correction historical injustice against the Crimean Tatars, but you need to go even more towards the requirements of the Majlis. The fact that there is no end to these requirements does not bother European officials. The larger the number of Ukrainian regions will be independent from Kiev, the better the European Union: you can negotiate with any of them through the head of Kiev. High-ranking European politicians have repeatedly emphasized that the future of Ukrainian-European relations depends not only on the adoption of EU technical regulations and observance of the rights of the LGBT community, but also on the solution of the Crimean Tatar issue in accordance with the wishes of Brussels. The Crimean Tatars in Ukraine are already in a privileged position, but Brussels, the Mejlis and Ankara unanimously demand even more concessions from Kiev.

As R. Erdogan announced, Ankara welcomes Ukraine’s European integration plans. The calculation is simple: it will be easier to strengthen Turkish influence in the Crimea in a “European” Ukraine than in a “Eurasian” Ukraine. Advisor to the Prime Minister of Turkey, Yigit Bulut, said that the European Union is entering a phase of disintegration and that the Turks should return to their political traditions, rather than trampling at European doors. The scale of the “political traditions” that Y. Bulut means is impressive: Turkey must regain the “natural leadership” in the Middle East, North Africa and Central Asia. The Crimea is also in the focus of Turkish foreign policy doctrine ...

For quite some time now, something new has appeared in the political mosaic of the Crimea: the human rights rhetoric of Muslim activists, moreover, female. The newly formed human rights organization, the League of Muslims Insaf, signals discrimination in the Crimea of ​​Muslim women on religious grounds (a ban on pasting photographs of applicants dressed in Muslim headscarves into documents, etc.). Activists of Insaf urge the authorities to take into account the opinions of Ukrainian Muslim women and add: if you are forced to take off your headscarf before entering an educational institution, there will be no dialogues and compromises!

Such human rights activities are more like dictates, and this map will also be used by both Brussels and Ankara. October 5 was to host the All-Crimean Islamic Women's Conference in Simferopol, but because of the message about the explosives found in the building, the event turned out to be frustrated. Insaf asserts that there are secret attempts to hinder their activities.

A similar statement was made from the mouth of the Crimean cell Hizb ut-Tahrir, which also failed to hold the conference scheduled for October 7 in the building of the Crimean Ukrainian Theater, because the landlord unexpectedly tore up the tenancy agreement. Tahrir people do not exclude the possibility of going to court on this issue, emphasizing that their organization is peaceful and adheres to all the procedural rules of Ukrainian legislation. It remains only to find out how the observance by Tahrir of the norms of the law in other states (Russia, Germany, the republics of Central Asia) led to the fact that the activities of Hizb-ut-Tahrir were banned as terrorist in these countries.

It is difficult to imagine that Turkey would allow, for example, Ukraine to determine ways to solve the ethnic problems of Turkish society, which, I must say, are many (a long history of oppression of Armenians, recording of all Turkish citizens in documents by Turks, without attention to their real ethnicity, etc. ) It is also difficult to imagine that the European Union would allow Kiev to influence ethnic processes in Europe, to bring up for discussion the problem of the gradual disappearance of Serbluzhians in Germany or the divided people of the Frisians in the Netherlands and Germany. But the Crimean Tatar segment on the Crimean peninsula has already been removed from the cultural and ideological control of Kiev. Today, Brussels and Ankara are competing for influence on the Crimean Tatars and through them throughout the Crimea. This rivalry does not prevent Turkish and European officials unanimously calling on Ukraine to "go to Europe." The strong always dictate the conditions to the weak, such is the law of politics. And they push the weak to where he will become even weaker.

Ctrl Enter
Noticed oshЫbku Highlight text and press. Ctrl + Enter
We are
Turkic patterns"Circassian" and "Crimean-Tatar" questions: on similar geopolitical patterns
218 comments
Information
Dear reader, to leave comments on the publication, you must to register.