In Biryulyovo something is divided!


For the first time I decided to present my fabrication to the account of the resonant events being recorded at the present moment.

Biryulevo western. Virtually the whole country looks at the rapid surge of activity of fellow citizens with enthusiasm and sighs hopelessly: “Well, we should be like that, get together and decide everything all at once.” And only a few understand how and what really happens there.

And let me tell you. I would be objective. The reason for my objectivity is absolute disinterest in the events taking place, because in this area I have ceased to live since 2009. But before ... I used to live there with terrible force, and the whole unwinding spiral of the current situation was very interesting for me.

As you understand, everything is not quite the way our valiant media present to us, among which there are no repayable and independent ones, apparently, not at all. That is, let's proceed from the idea that if the stars are lit, then it is necessary for someone. What are we seeing now? Bubbling people who are tired a lot. Tired (I will say as a witness) an absolute alien invasion, wide and arrogant, of an alien way of life, trampling on traditions and even laws, of the majority, habitually living in a given area. The arriving representatives of the previously friendly nations are not considered the life of the local population and, using corruption mechanisms, seek loyalty of the local authorities, which they then use for reckless business. This dirty business leads to the sale of poor-quality and expensive goods (fruits and vegetables) for sale, bypassing the tax, sanitary inspection, etc.

And people are besity not migrants. God bless them, what difference does it make, what kind of nationality a person is, namely, his disregard for local laws (not even traditions) of the population and the lack of reaction of the local administration and police. Moreover, I am sure that these people are at home, that they come here for “earnings” do not apply to people from whom it is customary to take an example (remember your attitude towards immigrants). This is a tradesman and boorders, who do not want to raise their country, but want to enrich themselves, preferably quickly and strongly. Visitors do not reckon with us for a long time, and the activities related to violence in Biryulyovo took place quite often, so why now everything is so tense?

And now about the main thing! About business! In the center of the entire mess is Pokrovskaya vegetable shop. This is an odious place on the map of Moscow. About this nice place there is an interesting article "People are dying for cilantro" by Ivan Golunov. I will not give a link, so as not to annoy the moderator. The article gives a partial idea of ​​the amount of lawlessness happening there. To begin with, the truth is that the main trade is conducted not at the official vegetable base, but in a “parking lot” where a stranger will not get, even driving up on a lame goat, but where it easily falls daily on 350-400 trucks with products, and countless number of gazelles. 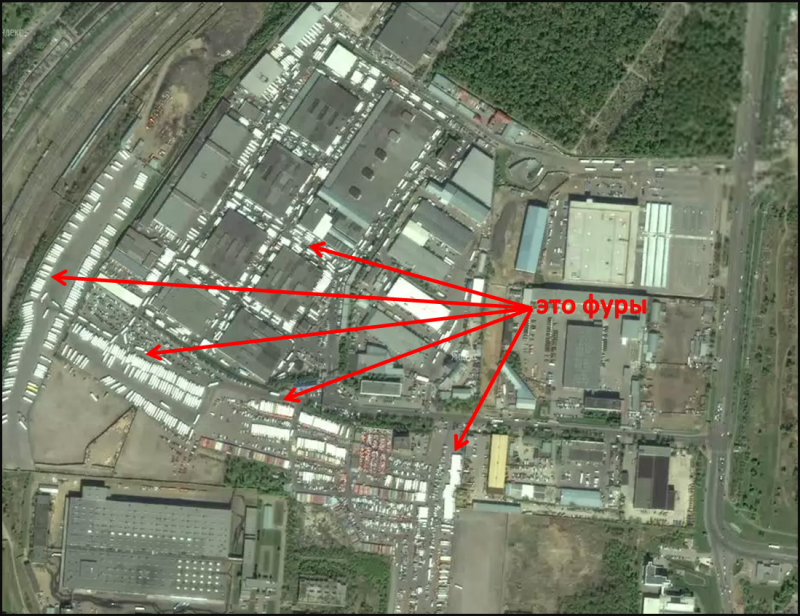 Wagons come from all over the continent. This is where the whole gang of migrants works, and this business is the roof of the local administration together with the police and the FMS. And the roof is so zealous that (according to the author of the article "Magomed Tolboev:" Sobyanin will not be able to close the Pokrovsky market! "" Alexander Labykin) police and FMS officers are not even allowed to enter there.

“So what?”, You ask. All the big flea markets live like this. In our state, it is so accepted ... What is it that happened that the light came together on the guy who was slaughtered by a migrant. The first time what? (By the way, the murder is also some kind of strange, isn’t it? Caucasians and Asians do not act like that. If they brazenly go into conflict, they usually do it in a pack, with a margin of at least twice the people. Something is wrong here too ...) .

But the main thing: the situation has changed. In summer, the construction of the road from the Moscow Ring Road was completed. With a big powerful junction. Look at the map. 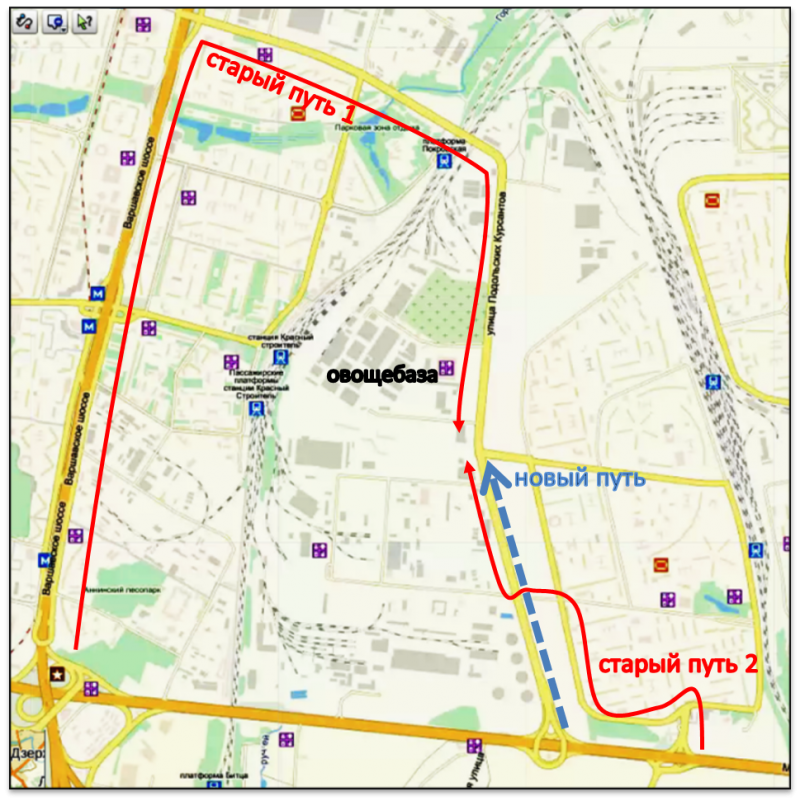 Previously, travel to the vegetable base was terrible torture. Either through Varshavka, through traffic jams and a cordon at the entrance, with cavils and extortions (holy work, to bite off someone else's pie), then down the Podolsk cadets street (heroes who died during the defense of Moscow) and before turning on Kharkovskaya street. Or even more terrible option - through the cordon at the entrance to Vostryakovsky passage, under the sign "the movement of freight transport is prohibited", which radically changed the size of the bribe. On Yandex maps, this junction is not even on the continuation of the Podolsk street. It is only on user cards so far - users react faster, meanwhile, the track itself is already there. October 7 drove along this road - a motorist's dream, finally the residents of Vostryakovsky will breathe freely - without gary trucks and stench of worn out gazels.

So. The road is built. It's time to change the host at the vegetable warehouse. It is desirable that this became a person from the approximate circle. How to do it? Why, like this: having played on the fatigue of the inhabitants, enlist their support and the mass media, close the vegetable base. (which was done) hereinafter - checking the FMS, Sanepidnadzor, Rospotrebnadzor or Another Serious Organization, identifying a terrible heap of violations, dismantling the "Parking" - changing the owner and, after cooling the masses, returning everything back. And the “namolennogo places” where go the caravans of trucks and gazels of yard traders and suppliers of shops, eateries, as well as places of work of a lot of illegal immigrants. Along the way, the Ministry of Internal Affairs will deal with the "enclave" and untie its tangle a little.

And it took just to draw attention to the murder of the poor guy, which in Moscow occur daily. (I really want to believe that there was no contract killing. There was an order or not, it will be seen by highlighting the investigation process and further the capture and punishment of the killer, as well as his nationality. If a Tajik or other Asian is caught - perhaps - this is the designated victim "If the representative of the Caucasus - then ... if the Chinese - then I don’t understand anything at all).

The action is played very high quality. The situation is screwed up and implemented in the image and likeness of previously worked out. Remember how after the accident on the bridge on the same street of Podolsk cadets, when a lot of people died in a taxi on a Gazelle, the action started to “notice” all the accidents “very dangerous minibuses on Gazelles” and how many Reno, Iveco and Ford Or история with an explosion in the Prague market ... Where is he now? And not him. Construction is boiling.

It is very sad that the dirty affairs of the redistribution of the market (all the same, all the cases, one way or another, run into big business) are done with the hands and sometimes with the blood of ordinary people who are simply duped. This, by the way, is a toolkit of information-psychological operations, when, while pursuing a seemingly one goal, they achieve a completely different one. So much attention to interethnic conflicts, of course, is explainable, but here it is not only the "People hawala" principle. Here, first of all, the discrediting of power, the disunity of the ethnos (the Russian multinational ethnos). So the game seems to go to several gates. Read between the lines, dear comrades. Listen with half an ear. Love life and do good!

Ctrl Enter
Noticed oshЫbku Highlight text and press. Ctrl + Enter
We are
A great interview with Sergey Lavrov: about Ukraine, Obama and IranWhat you didn't want to know about England
121 comment
Information
Dear reader, to leave comments on the publication, you must to register.