A few words about "The Queen Elizabeth" 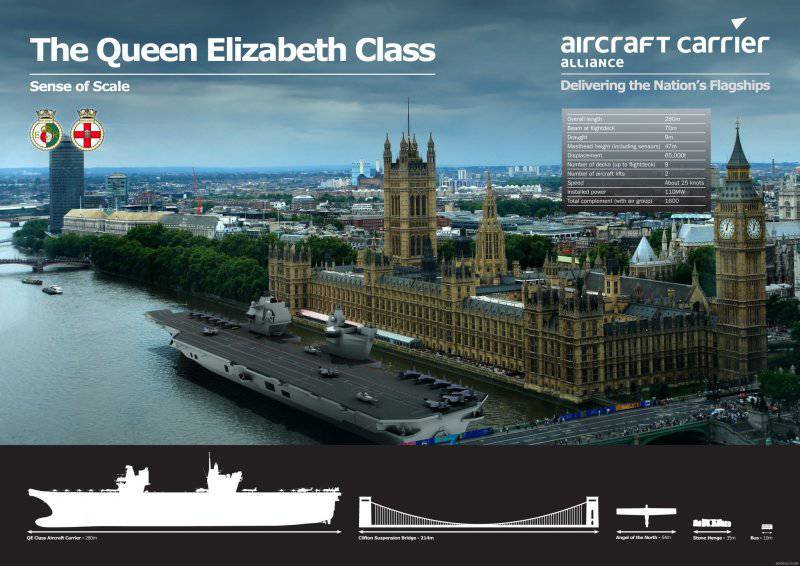 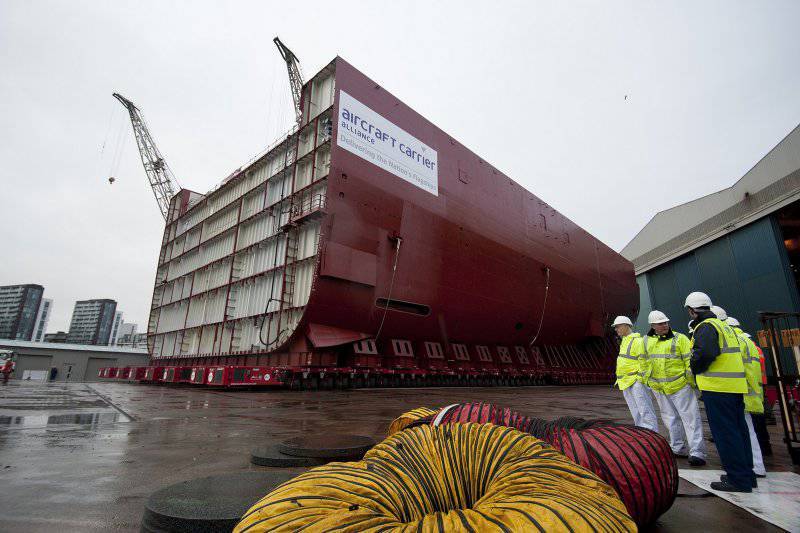 In 2007, the UK government approved the construction program for two new aircraft carriers. They will be the biggest warships for all the rich history fleet Her Majesty. The Queen Elizabeth and Prince of Wales aircraft carriers will be based on JSF class F-35 Lightning II aircraft (40 units) in a ship-based version currently under development.

New aircraft carriers are being built as a replacement for the incumbent light aircraft carriers of the Invincible type, of which only one Illastries are currently in service, they are planning to write it off in 2015 after completing the Queen Elizabeth

And now about the process of construction. Seeing for the first time pictures of how it is built, I was surprised - how so? One part is built here, the other is there, the third is somewhere far away. Then all the parts of the hull were brought to one large dock and there they began to connect. The scheme is very interesting, and as I later realized, it is more economical than building the entire ship in one factory.

Transportation of one of the sections of the aircraft carrier to the company, where all sections will be connected. 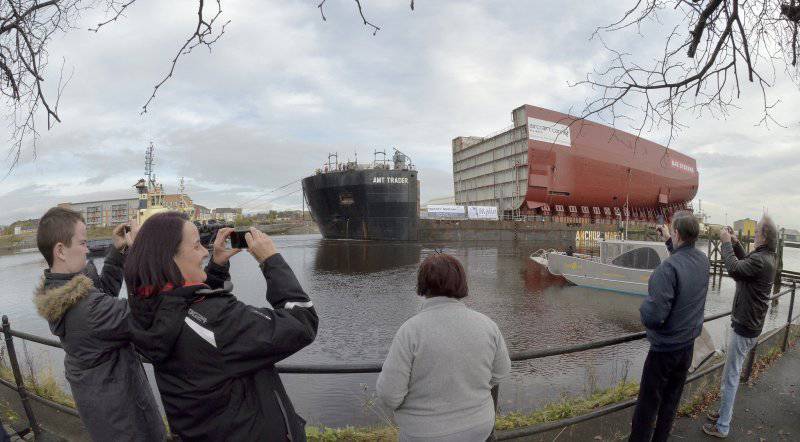 The production program was distributed as follows: 60% of work is performed by 4 English shipyards - Gowen Shipyard of BAE Systems (hull section No. 4); Barrow Shipyard of the same company (Section No. 3); BVT Portsmouth (Section No. 2); Babcock Appledore and Rosyth (nose section number 1). Babcock is responsible for the final assembly of the sections. The remaining 40% of the production program was distributed among small contractors.

Set in the dock. 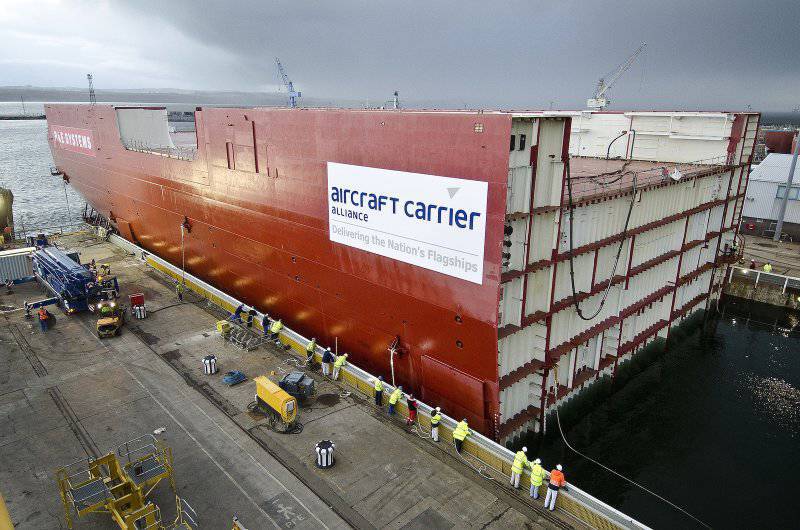 Another interesting feature of this aircraft carrier is the superstructure. It is supposed to install two small add-ins. In the front superstructure will be located ship control services, on the back - flight control.
The advantage of the architecture with two add-ons is to increase the deck area, reduce turbulent air flow, more flexible distribution of space on the lower decks. The location of flight control services in the rear part of the deck is preferable, since it allows you to more fully control critical flight phases such as the approach and the landing itself.

The photo connects two sections of the ship and completes the nose. 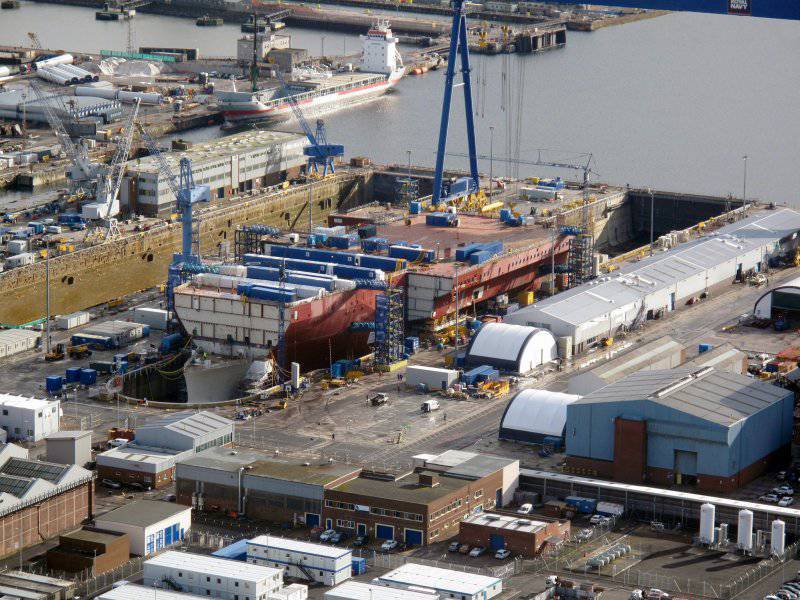 It is very convenient that the ship can take off and land at the same time! 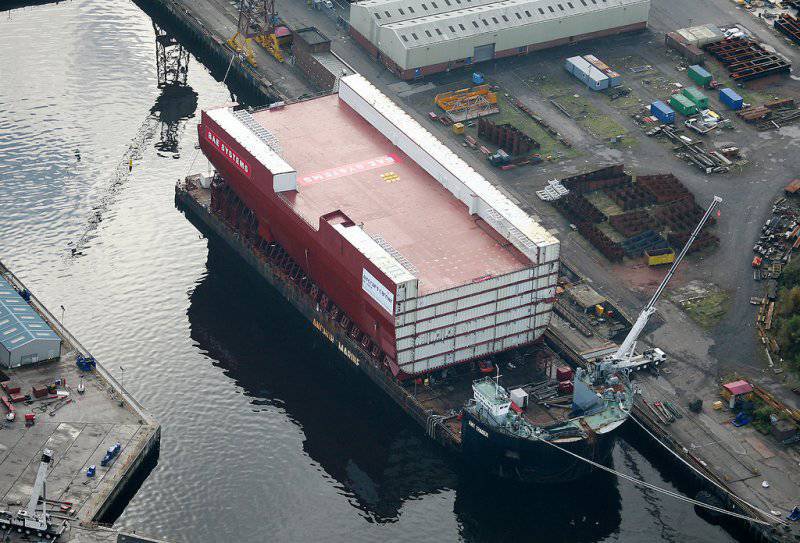 The ship has two Rolls-Royce Marine MT30 gas turbine generators with a capacity of 36 MW each and four diesel generators with a total power of 40 MW. Also four electric motors on 20 MW. working tandem on two shafts. 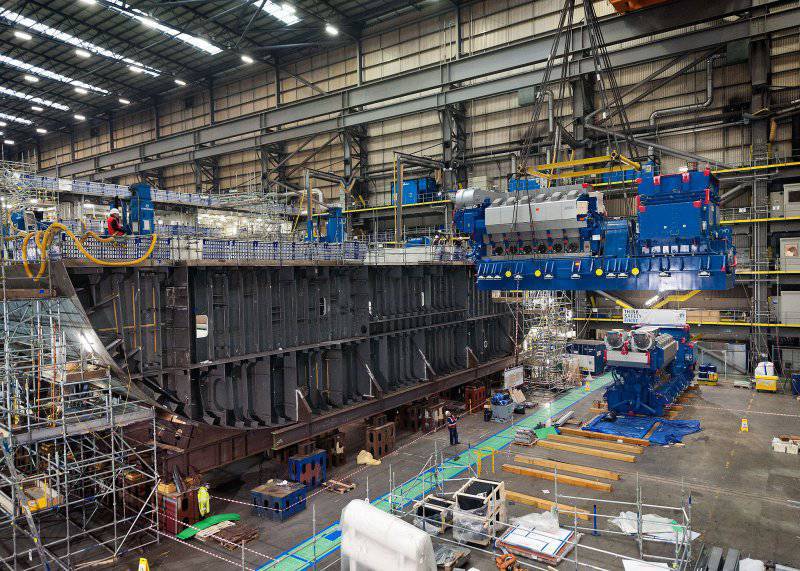 Let's go back to the construction. In July, 2012, the first section was built in Portsmouth. If you believe the promises, then by the spring the hull will be assembled and the ship will lead to the water.

One of the superstructures of the ship, in the photo below it is already finished and it is forwarded to the company where the ship is being assembled. 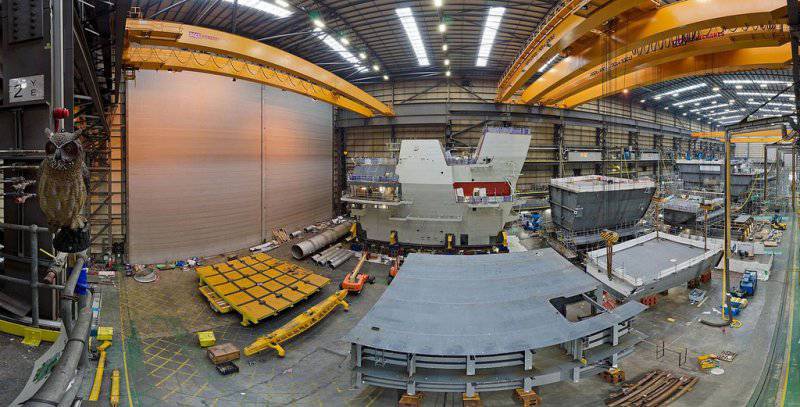 Above, I began to say that building a ship at various enterprises is profitable. I'll try to explain why. This technology is generally peculiar to the West. The construction of units at one enterprise, the saturation for them at another, and the assembly at the third - the shipyard itself. Everyone is busy with his business. 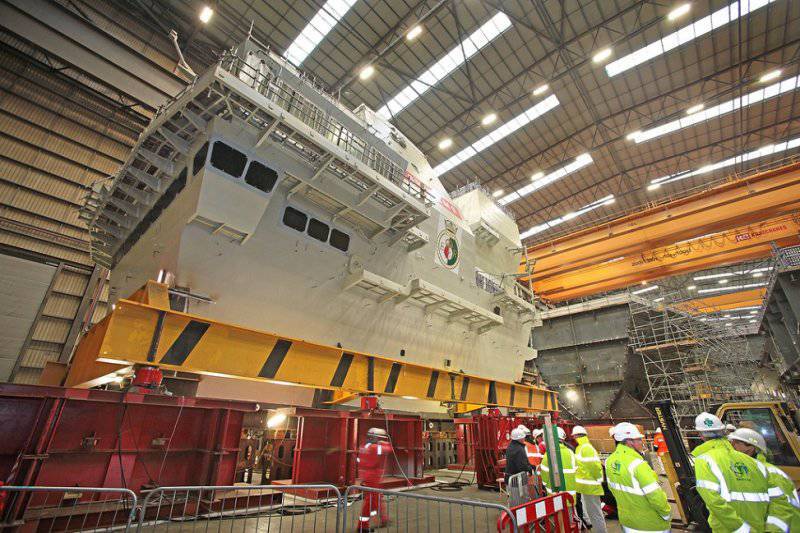 In Russia, everything is different, everything is done at the same factory, well, only steel is brought. Sometimes it happens that a lot of workers are simply not needed during the whole ship building cycle. Western technology is convenient because there is no single bosses, as well as the opportunity to take additional orders. 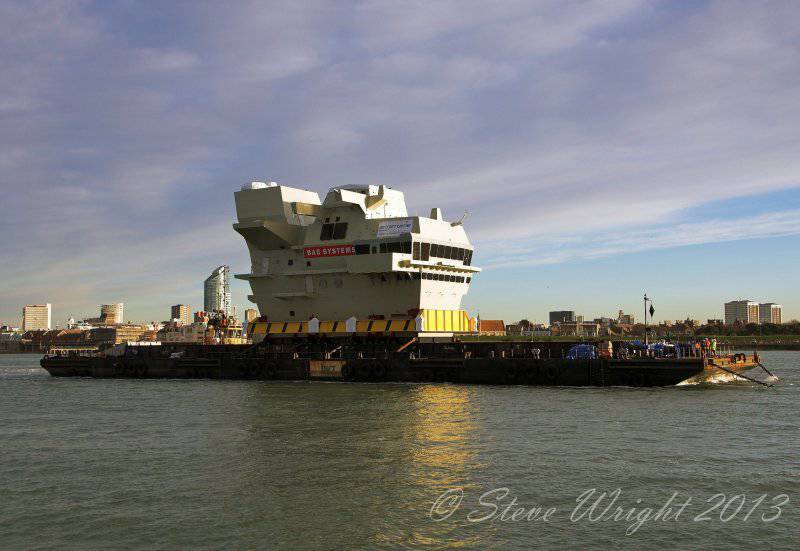 I like Western technology, but I am sure that it will not be possible to organize it here. Do not share the same factory. 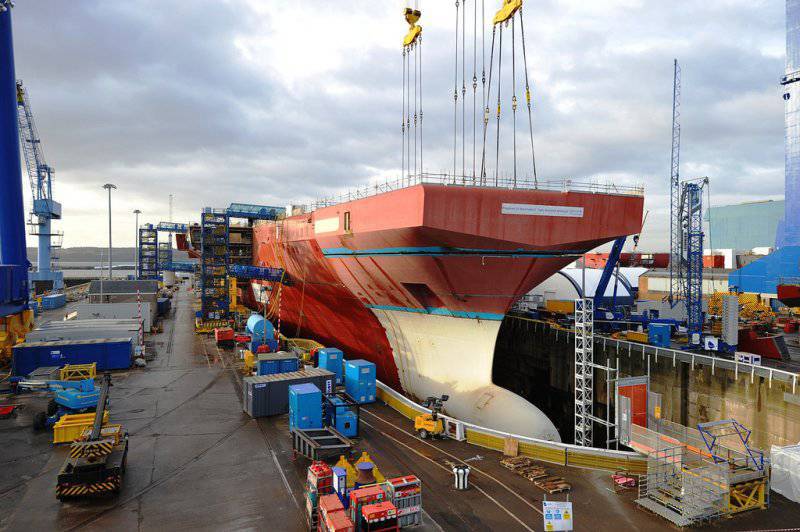 A picture that may soon become not a graphic, but a reality. 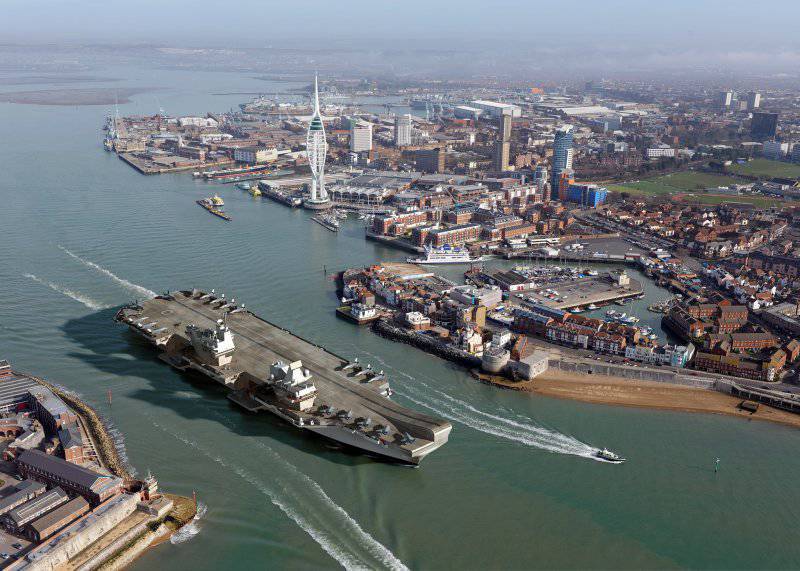 Who is interested in this topic, you can watch this wonderful video below :)

Ctrl Enter
Noticed oshЫbku Highlight text and press. Ctrl + Enter
We are
The production process of the Su-34 fighterAdmiral Gorshkov aircraft carriers
25 comments
Information
Dear reader, to leave comments on the publication, you must to register.