Canadian spy services work for US 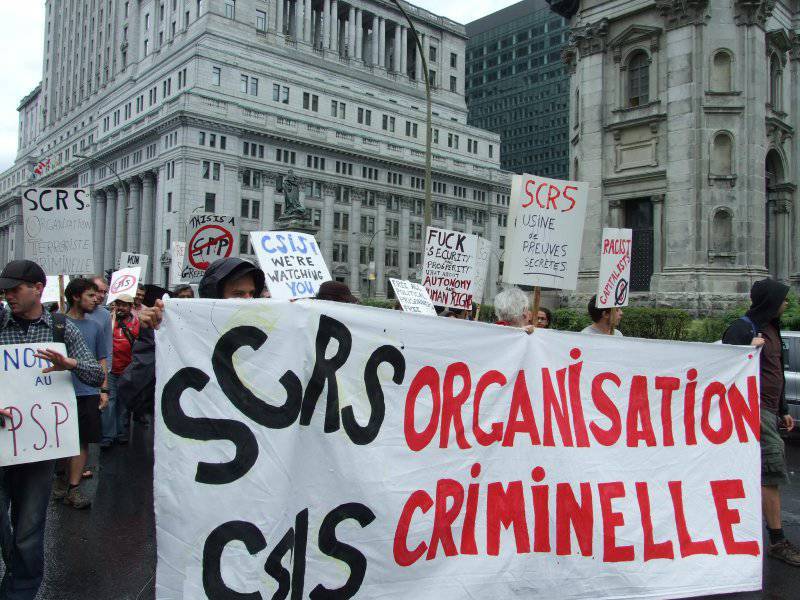 "Quiet Canadians", unlike "quiet Americans" in the intelligence services, are rarely caught red-handed in the line of duty. However, recently the Ambassador of Canada, Jamal Hohar, was summoned to the Brazilian Foreign Ministry. Following the instructions of President Dilma Rousseff, Foreign Minister Luis Alberto Figueiredo protested to the Canadian ambassador about the activities of the Canadian intelligence services in Brazil. Through Olympia, the Canadian Communications Safety Authority monitored phone calls and emails from key government ministries. The Canadians, as it follows from the revelatory TV reports of O`Globo, also spied on the oil company Petrobras ...


The scandal with Canadian agents in Brazil revealed that the Canadian Intelligence and Security Services (CSIS) and the Canadian Communications Security Agency (CSEC) are actually affiliates of the CIA and the NSA. The staff of the special services of Canada, as a rule, undergo training and retraining in relevant educational institutions in the United States. Management and employees know that a successful career is guaranteed if you work for the Empire.

Like their North American mentors, the Canadian special services are hiding behind the postulate that the Anglo-Saxon world must be united to defeat international terrorism. Canadian Intelligence cooperates extensively with partners from the United States, Britain, Australia, New Zealand. The level of confidence can be judged by the fact that Canada is admitted to the top-secret system "Five Eyes" in the framework of the agreement on the joint conduct of electronic intelligence.

In Latin America, intelligence agents from Canada actively “develop” politicians from countries such as Venezuela, Ecuador, Bolivia, and Nicaragua. The priority goal is Cuba. The extracted information is transmitted to the CIA, the NSA and other US intelligence agencies. Canadians are not embarrassed that the main purpose of secret operations on the instructions of American colleagues against Latin American "populists" is the overthrow of the legitimately elected governments. They are not embarrassed by the involvement in the activities of the most aggressive unit of the NSA - Tailored Access Operations, which carries out hacker intrusions and targeted attacks, for which in the USA, Canada and other Western countries are prosecuted and imprisoned. Experts note that hackers from the Canadian special services operate without any legal restrictions against potential opponents of the United States and NATO countries.

In Brazil, spies from the “country of the maple leaf” solved specific tasks in the interests of mining, energy and other companies, as well as the financial and banking sector. All this became known not only thanks to the revelations of Edward Snowden. The Brazilian counterintelligence double-checked the information of Snowden and made sure that the Anglo-Saxons had access to all the strategic information.

It should also be noted that the scandal with "total electronic espionage" against Brazil did not lead to significant changes in the intensity of American-Canadian operations in the country. Brazilian bloggers indignantly point out that Canadian officials are behaving as if nothing serious has happened. However, in the Ministry of Mines and Energy of Brazil and some other ministries, active checks are now underway, the nature of the informal relations of some functionaries with Canadian diplomats and company representatives is being investigated. There are signals that in the near future there will be loud revelations of Canadian agents operating in the field of industrial and economic espionage.

The government of Canada, imitating the style of the Obama administration, is in no hurry to apologize to the leadership of Brazil. After a pause, Canadian Prime Minister Stephen Harper spoke about the delicate issue in a very streamlined manner: “I am extremely concerned about the accusations that representatives of Canadian special services followed Brazilian officials.” And Harper said that the country's leadership is taking measures to normalize the situation. He refused to assess the activities of the Canadian special services in Brazil. The same position was taken by the representative of the Department of Defense of Canada. The Canadian authorities used Michel Juno-Katsuy, the former senior manager of the Canadian Intelligence and Security Services, to press charges. He recalled that several years ago, Brazilians were accused of commercial espionage, trying to get information about Bombardier aircraft and Pratt and Whitney aircraft engines. All this was done in the interests of the Brazilian company Embraer, a competitor of Bombardier. “There is nothing unusual in this practice,” Juno-Katsuya said, “we (in Canada) have been doing this for a long time. They (Brazilians) may cry about this, show their insults, but then their hands are not entirely clean. Countries that do not use industrial espionage find themselves in the weaker position. This is part of the game. In theory, we should not do this, but a country that does not do this will lose out. ”

In Brazil, Canadian agents operate mainly under the roof of the embassy in the capital and in the consulates in the major cities of Rio de Janeiro, Sao Paulo, Porto Alegre and others. However, several dozen employees were dissolved in “non-governmental organizations”, often in regions where strategically important minerals were discovered or mined. Recently, Canadian representatives and "tourists" are increasingly appearing in the Amazon. If we take into account the cautious attitude of the Brazilian authorities to any visits by Americans to this part of the country, it is clear why such a castling took place.

Canadian espionage before the scandal in Brazil was perceived in Latin America as something secondary, not dangerous. Now it has become clear that Canada is acting as a strategic ally of the United States. Prime Minister Harper shares Obama’s position on many foreign policy issues. The imperial arrogance of the president of the United States in one degree or another passed on to Harper. In Brazil, the credibility of his statements is completely lost. For this reason, the tacit control over the intelligence activities of Canadian representatives will be strengthened, the Brazilian counterintelligence will pay more attention to identifying their ties with opposition circles, especially radical ones. There are grounds for this: in Venezuela, it was through Canadian diplomats that funds were transferred to organize demonstrations against the Bolivarian regime.

Ctrl Enter
Noticed oshЫbku Highlight text and press. Ctrl + Enter
We are
Brazil: elections under pressure from the CIAHow the US uses surveillance and scandals to spread its global control (AlterNet, USA)
12 comments
Information
Dear reader, to leave comments on the publication, you must to register.