February 24 2011
12
Apparently, to many of our officials, the joys of business trips to Paris are more precious than the interests of the Russian military industrial complex 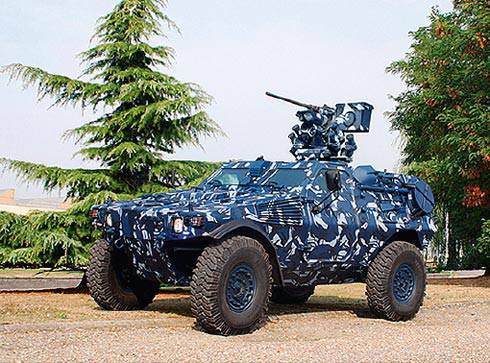 The French company "Panhard" is negotiating to supply to the Russian Federation to 1 thousands of light armored vehicles. ITAR-TASS at the international defense exhibition IDEX-2011 was told about this by the company's commercial director, Michel Galand. "The Russian side is negotiating the purchase from 500 to 1 thousand light armored vehicles, which are supposed to go into service with the Russian Interior Ministry troops," he said. "The contract value can be from 200 to 500 million euros."

Presumably some of the machines will be produced in France, some in Russia. According to Galanda, "the Russian partner for this project has not yet been chosen." In the near future 2-ve armored vehicles for testing will be sent to the Russian Federation. “After their completion, the first batch of machines can be delivered in six months,” said Galand. “The peculiarity of the deal is that we will transfer the appropriate technologies to Russia.”

The Panard Group recently delivered 1000 amphibious armored vehicles to the French Armed Forces. It is not known yet about what modification we are talking about, the old one - VBL, or the new one - VBR. 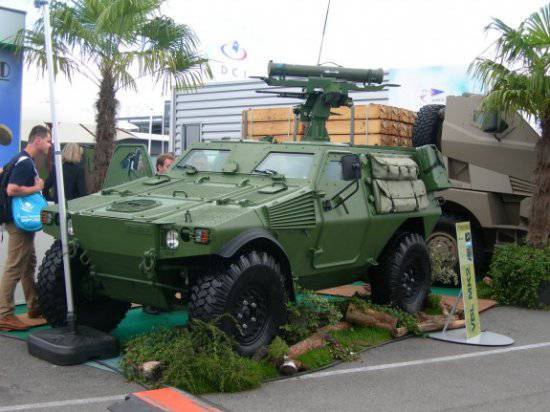 BM VBR (4 x 4) began to develop in 2001 year, the first official show was held at the Eurosatory exhibition in the middle of 2004 year. This car is an option with an increased base of the previously developed VBL car (4 x 4) and has a larger capacity compared to it, the old model was developed back in the 80 of the 20 century. The first VBR prototype was made in the 2002 year. This machine was equipped with a 12,7-mm remote-controlled machine gun and a smoke grenade launcher. The body of the car is an all-welded armored design that protects the crew from small arms bullets. weapons small caliber and fragments of some types of artillery shells. Side and frontal windows provide the same level of protection for personnel. The power plant consists of a MTU 4R106 diesel engine that meets the requirements of the EURO-3 standard, and a six-speed automatic transmission from Allison. Standard equipment VBR includes power steering, anti-lock braking and tire pressure regulation system, air conditioning and filter ventilation system. Unlike the VBL car, the new car is non-floating, but it is able to overcome water obstacles up to 1 m deep fording. Based on this armored car, the Panar company intends to produce KShM, as well as vehicles under the MCPV index, equipped with anti-tank guided missile launchers or anti-aircraft missile systems. On the modification of MCPV to combat tanks It is planned to use ATGW ATGW or EMM / MCT (European Modular Munitions / Missiles de Combat Tactique) ATGM. To solve the problems of air defense, the car will be equipped with MBA Mistral-2 missiles, and at the request of the customer, other ground-to-air missile defense systems can also be installed. 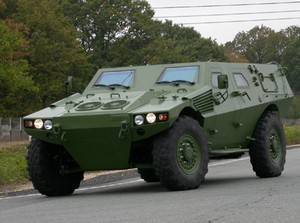 In the security forces of France more than 1,6 thousand VBL armored vehicles. They are in service with the Marine Corps, armored cavalry and amphibious units. The gendarmerie uses them for street operations or, as they say in the French Ministry of the Interior, "for crowd control." They are much more convenient than armored personnel carriers, since they are no larger than a regular passenger car.

Most experts agree that there is no point in buying French armored cars. In the Russian Ministry of Internal Affairs there are machines of a similar type - SPM-2 Tiger and the newer SPM-3 Medved. French cars are more expensive, moreover, as the experience of VBL use in Kosovo and Africa has shown, their protection from mines and heavy machine gun fires is extremely low. These machines have a low ground clearance, which makes them defenseless against the Russian roads. The only advantage of the French armored vehicle is that it is an amphibian. In the same France, this model is considered outdated.