Sports Company: the continuation of the story

October 14 2013
26
The Ministry of Defense reports that the recruitment of young people into sports companies will continue during the autumn draft for military service. In particular, with 14 in October 2013 of the year, a call to the sport quota of the Southern Military District, which is located in Rostov-on-Don, begins. It is expected that this military unit of the Ministry of Defense will be replenished by more than fifty young Russians (aged from 18 to 27 years). 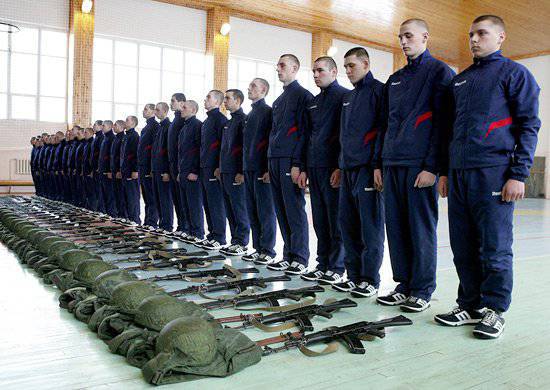 The Rostov sport category itself was formed in the summer of 2013 of the year, and at this stage of the autumn draft, five people had already fallen into it. It should be noted that each of the five recruits has the title of master of sports, and two of them - the title of MC international class.

According to reports from the main military department, only winners or medalists of international tournaments will be able to become military recruits who will be sent to serve in the sports company of the Southern Military District. As an example of such tournaments leads the Universiade-2013, World and European Championships.

Another 94 recruit will join the sports company of the Central Military District. According to the data published by the military commissariats, the names of all recruits are known in the world of sports, and therefore there is no reason to “expect” any random people in sports companies. I would like to believe that the words of the military commissioners reflect objective reality.

Returning to the recruits mentioned by 94, it should be noted that all of them represent Olympic sports (both summer and winter): from bobsled and sailing to short track and canoeing. Of the 94 recruits of the nine ranks of international masters of sports, more than 60 people are masters of sports and CCM. Almost all - representatives of the Olympic reserve.

It should be noted that in addition to the Ministry of Defense of the Russian Federation, the Ministry of Sport of the country is also responsible for the training of these fighters in a certain way. In particular, the sportswear and the necessary sports equipment will be allocated by the Office of Vitaly Mutko. In addition, the diet for fighters of sports companies will be different from the diet of ordinary soldiers of the Russian army. It is reported that the following approach to the food supply of these recruits will be welcomed: the rate and composition of dishes depending on the sport. That is why of the fighters formed offices, so to speak, on the sporting equipment of military personnel.

According to the plans of the main military department, the total number of sports companies in Russia (in the Northern capital, Rostov-on-Don and Samara) should be at the level of 400 people.

According to the adviser to the Minister of Defense Maria Kitaeva, special barracks are provided for soldiers of companies who have a lot of what is necessary for full-fledged sports training. According to representatives of the Ministry of Defense, the service of such fighters, meanwhile, will not be associated solely with the preparation for the next sporting events. All types of conventional military training are also provided: from drill to exercises with military equipment and small arms weapons.

In Russia, not all positively perceived the restoration of sports companies that were eliminated in 2008. At the same time, critics of the resumption of the appeal of young people to sports military units for the most part declare that a sports company will train and “let out” not soldiers and non-athletes, and even give a chance to avoid full-fledged service to a certain number of young people. 12-months of service for the full training of a fighter is not enough, and if he also devotes most of this time to his sports career, then nothing good will come of it. This position is held, in particular, by the former head of the public council under the main military department, Igor Korotchenko.

However, the opinion Korotchenko not all share. People who once served in sports companies (and in Soviet times, too) say that such service did not prevent them from developing their professional sports skills, as they did not interfere with and achieve significant results, as they say, in general army training. And there are plenty of examples. The service in the divers school of the Black Sea Fleet of the USSR, in which he achieved substantial success, did not prevent sailor Arkady Vorobyov from becoming a two-time Olympic champion and 5-multiple world weightlifting champion. Many servicemen of the USSR sports companies remained, as they used to say in Soviet times, to be over-urgent, and with time they became not only famous athletes, but also talented military personnel. A pupil of the same 134 sports company of the Black Sea Fleet, which last year celebrated its 50 anniversary, Valentin Kireev reached the rank of major in the military hierarchy, became a master of sports of the USSR and an honored coach of the USSR. Nikolai Vechirko, who became the senior midshipman for the years of his subsequent coaching activity, prepared 15 international-class masters of sports and about three hundred masters of sports of the USSR and Russia. 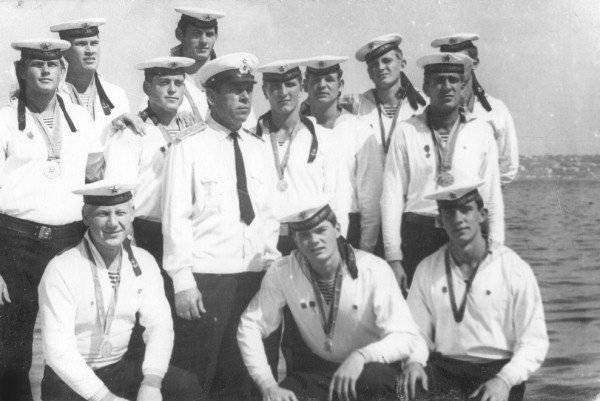 Vladislav Tretyak, the famous hockey player, spoke out about the benefits of sports companies even before the decision was made to restore them in the Russian army, who wondered why such companies were disbanded in the War Office under Anatolia Serdyukov. Vladislav said that many young athletes of a sufficiently high level have recently become tempted to play in sports for other countries in order not to serve in the Russian army. To prevent such temptations from appearing, the Tretyak considers it appropriate to restore the sports companies, recalling that he himself served in the sport company, and this only helped him to achieve high results.

It should be noted that sport military units are not only in our country. Analogs exist, for example, in Germany. Here is the following experience: the first three months of military service are designed to give athletes solely military training, then sports training becomes more. Today, every fourth German athlete is a member of the military, and about 20% of this number are servicemen of a private or non-commissioned officer who live in general military barracks.

The effectiveness of the current sports activities in Russia will depend on many factors: how well thought-out will be the plans for training fighter-athletes before the army itself is interested in such units. If the return of sports mouths is rather for show, then it is hardly worth talking about their effectiveness. If the service in a sports company will meet the goals and objectives of both the Ministry of Sport and the Ministry of Defense, then the results will not be long in coming. Well, if you continue to argue in the vein that a sports company is only a mechanism for the athlete to reward ’from real service, then we must not forget that in our country, judging by the number of so-called draft dodgers (more than 200 thousand people) not to go to the army enough ...

Author:
Alexei Volodin
Photos used:
from the website of the Ministry of Defense, as well as from the 134 archive of the sports company of the Black Sea Fleet

Ctrl Enter
Noticed oshЫbku Highlight text and press. Ctrl + Enter
We are
Innovation Day of the Southern Military District: the Uran-6 robotic complexThe action “Military service under the contract is your choice!” In Rostov-on-Don: future contract servicemen, exhibitions and “Russian Knights”
26 comments
Information
Dear reader, to leave comments on the publication, you must to register.