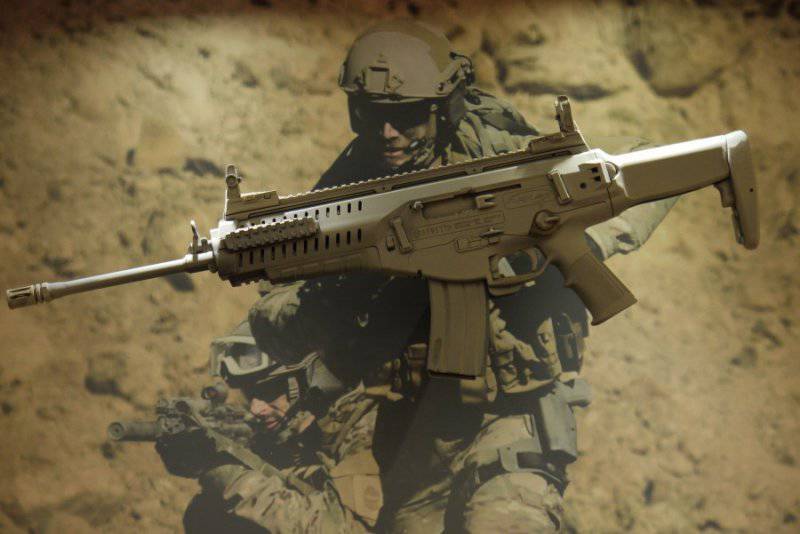 At the 142 meeting of the National Rifle Association, Beretta in Houston, Texas, presented the third generation Beretta ARX100 rifle to a wide range. This rifle is based on assault rifles and is designed for the United States market. Civilians are free to purchase Beretta ARX100 from August 2013. The Beretta ARX100, a semi-automatic rifle with automatic piston gas, is the civilian version of the Beretta ARX160 assault rifle.

In 2008, Beretta (Gardone Val Trompia, Italy), one of the oldest, largest and most famous manufacturers weapons, was released a new revolutionary platform assault rifle, which was called ARX-160. The basis of the rifle is a fully body made of polymeric materials, and automation, which is built on the outlet from the bore of the powder gases. The gas piston stroke is short. The ARX-160 assault rifle is quite robust and modular. Due to its qualities, the rifle was almost immediately adopted by the Italian armed forces to replace 70 / 90 rifles and carbines. This rifle has gained recognition and the world - several countries have purchased ARX-160 assault rifles for special forces and military units. In the United States, several law enforcement agencies have acquired this rifle. In addition, the ARX-160 rifle was offered for the program "Individual Carbine" by the American army.

Based on this system, two short-barreled modifications were developed. destination (ARX-160 PDW and ARX-160 SF), as well as the transition to caliber 7,62x39 millimeters. In 2012, for the first time, a civilian sports modification was demonstrated, having a chamber for a small caliber unitary cartridge of the caliber 5,6 mm. This modification was designed to meet the expectations of sports shooters, who have long wanted to get a "full-caliber" civilian version of the rifle.

At the 142 meeting of the National Rifle Association, Beretta finally satisfied this request. The North American subsidiary of Beretta USA, (headquarters of Accoquique, pc. Maryland) in August began to supply the ARX-100 rifle, which is a semi-automatic civilian version of the ARX-160 rifle. The ARX-100 semi-automatic rifle has a lot of changes aimed at sporting applications, but it still retains many of the main features of the original.

Rifle Beretta ARX100 equipped with everything you need and gives the user a system that is convenient in all respects. ARX-100 will use piston automatic rifle ARX-160, but modified in such a way as to exclude the possibility of switching to continuous fire mode, as well as the alteration back to a combat rifle. In addition, it will be incompatible with the specialized elements of ARX-160, allowing to fire in automatic mode.

The design of the rifle includes the upper and lower parts of the receiver, made of polymer, receiver pad and upper bar. The cover plate has a bar for installing three accessories. The monolithic Picatinny MIL-STD-1913 mounting plate makes it possible to install various optical and aiming equipment. The folding telescopic butt, which is a standard element of the rifle, allows you to conveniently transport weapons. Butt "reinforced" type is designed in such a way that it can be used as an emergency tool. 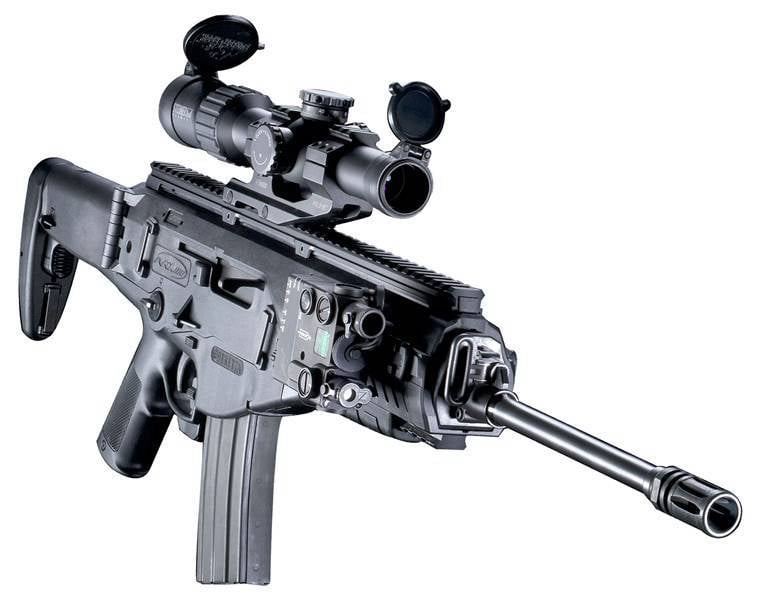 Implemented ARX100 quick barrel replacement system. The barrel can be replaced with a cartridge: .300 Blackout or .223 / 5.56. To replace the barrel, press the pair of protrusions located on each side of the forearm, remove the barrel. Installing another barrel is made by inserting and pressing until it clicks. 16 or 20 inch trunks are available to the general public.

The mass of the rifle is relatively small and allows the shooter to be equally comfortable to fire with both hands. Magazine latch and fuse are located on both sides of the ARX100. The cocking handle can be mounted on the right or left side of the weapon at will.

According to experts, the Beretta ARX100 rifle is an easy, convenient and versatile platform that sets new standards for civilian rifles.

In the United States, the Beretta ARX100 semi-automatic rifle, currently, is available at a price of 1950 dollars. European shooters will only be able to buy an ARX100 rifle at the start of the 2014 of the year. 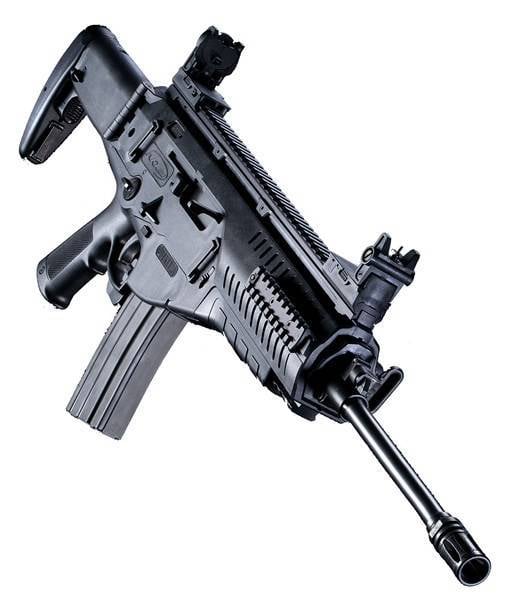