Competition "Emblem of the Russian Army"

October 12 2013
363
After at the September meeting of the Public Council under the Ministry of Defense of Russia, the participants were shown the options for a single emblem of the Russian army, the caring public, that is, exploded. The overwhelming majority of people who got acquainted with the proposals of the ministerial schedules came to bewilderment - and this is also said softly. To be more precise, people were simply shocked by the fact that the emblem of the Russian army might turn out to be suspiciously resembling something in between the pepsicol logo, the lid of the Vietnamese Starlet and the symbols of the US Army. A heated discussion started, which flared up also because the Ministry of Defense announced a peculiar urgency of the competition. It turned out that the emblem must be accepted and approved as early as October. Read more about this in the article. "13 variants of the emblem" Army of Russia "from the Ministry of Defense, or Artistic Climax". 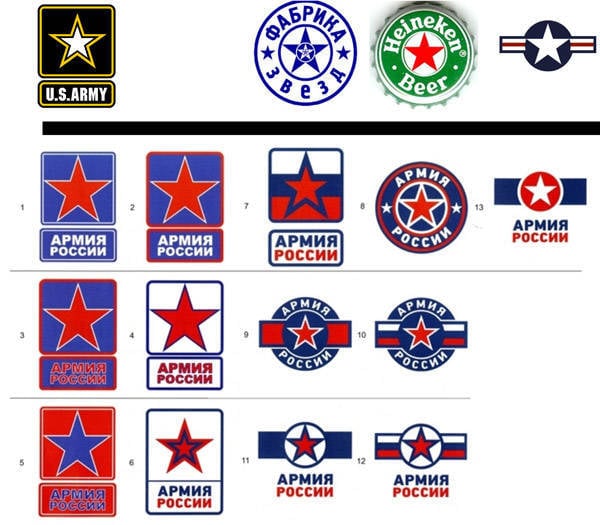 But the first days of October have already passed, and News that some emblem from those presented by the main military department was approved, thank God, no. It can be assumed that either the ministry did hear the criticism that the indifferent citizens had literally rained down on the “graphic variations” of the emblem of the Russian army, or thought about how to make a “move with a horse” - accept the emblem version with a quiet glanders and then, in its final form, to reveal its degree to the world ... I sincerely hope that the first option worked, and that the officials of the ministry, headed by Sergei Shoigu, thought about the possibility of developing new versions of army symbols, which apply to military uniforms and equipment.

By the way, at the very meeting of the Public Council under the Ministry of Defense, with regard to the possibility of alternative authorship of the emblem (including with the help of creative users of the Runet), the following dictum was pronounced: “The Internet is endless, we will not wait for an answer!” also poured into the fire a critical discussion of the new butter. Right there, on the Internet, versions of those very alternative emblems began to walk (this was after the wave of the first “photo-shocked” variations with the predominance of irony over the regular schedules of the main military department), and with the justification of those elements that the artists decided to use in their versions.

One of the most common variants on Runet is the emblem developed by volunteer artists from IDEA2. The authors of the emblem write that they associate the future emblem of the Russian army with pride, and therefore cannot accept the options that they submitted to the Ministry of Defense. In their work, according to the same authors from the IDEA2 project, they took into account several important elements at once, creating an option that, quote: “crosses the whole history Of Russia ”: the drop-shaped shield of the Slavs, the red star is a symbol of the Soviet army, the tricolor“ ticked ”is the emblem (later) of the army of the Russian Empire. 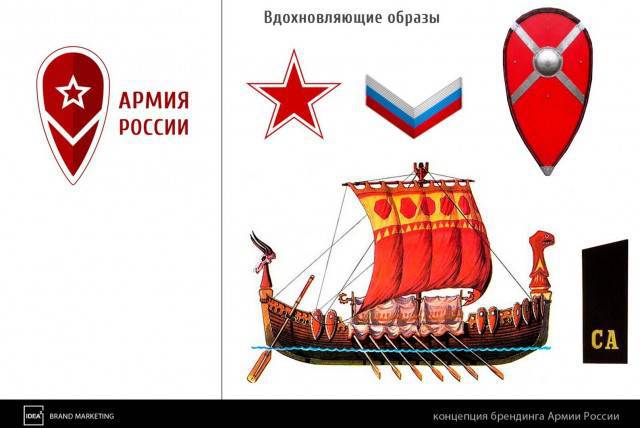 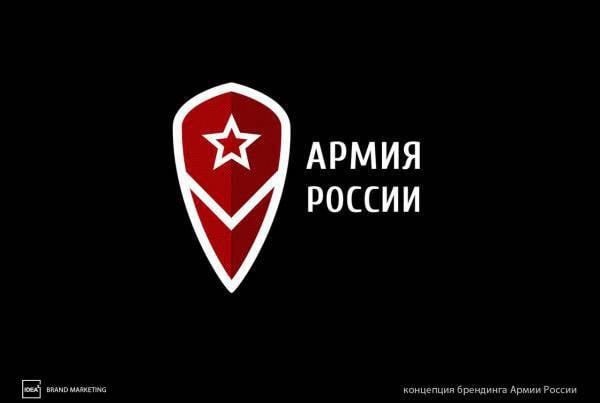 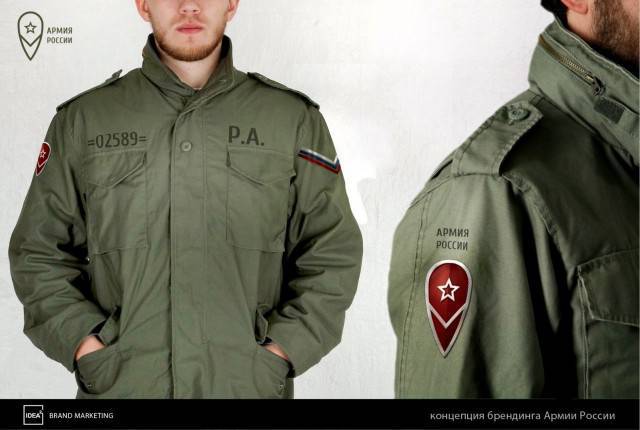 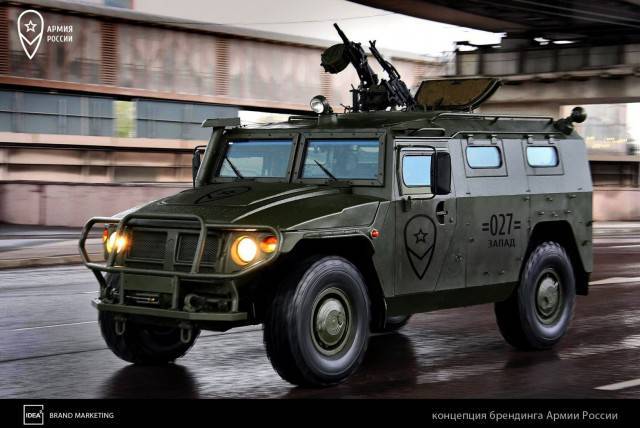 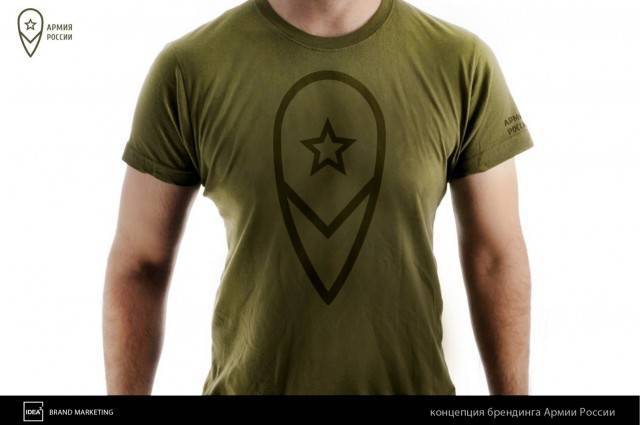 After the publication of this version, there were quite a few people who supported it (variant), as many of those who criticized the idea, seeing something in it resembling either the old mask of the hockey goalkeeper, or the helmet of a superhero from overseas comics. There are other options, in some places not without a banter, of course, but they cannot be imagined ... For example, from the SILA bureau:

After examining the proposals of creative ministers of the defense, as well as alternative options for, say, free artists, the team of the resource “Military Review” came to the conclusion that, given the number of caring users who daily acquaint themselves with the materials on our website, there may well be people who can create - to the present, a high-quality and deep-seated emblem of the Russian army. Readers are representatives of various professions, and we think that among them there are professionals who are able to realize in practice the idea that is still in the air, but has not yet found its positive artistic expression. We do not designate any fundamental framework in your work, of course, except for the framework of reasonableness and legality. Each reader, who feels the ability to create high-quality graphic material, can provide his own versions of the emblem of the army of the Russian Federation as a commentary to an article describing the essence of individual components of the emblem. Those emblems of users who receive the maximum number of positive votes from readers will constitute the leading group from which the winner emblem of our competition will be chosen. The final stage will be official appeal to the ministry of defense with the proposal to take into account the graphic material that won on our resource. Bearing in mind that the main military department can present its version (final!) At any time, we offer our readers to intensify their creative activities.
Ctrl Enter
Noticed oshЫbku Highlight text and press. Ctrl + Enter
We are
Reports from the militia of New Russia for 27-28 September 2014 of the year13 variants of the emblem "Army of Russia" from the Ministry of Defense, or Artistic Climax
Military Reviewin Yandex News
Military Reviewin Google News
363 comments
Information
Dear reader, to leave comments on the publication, you must to register.