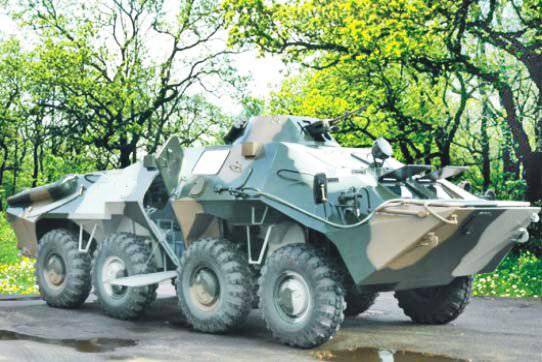 CSR "Svityaz" is designed to provide control of troops and organization of communication in the operational-tactical control link in motion, afloat and at the bus stop, both independently and as part of a communications center.

The prototypes of KSHM Svityaz passed preliminary tests and are now preparing for state tests, which will be held in October-November. "Svityaz" was developed as a logical continuation of integrated hardware communications (CAS). If KAS deploys the infrastructure of the communication center of the control point, then the CR will be able to connect to these data networks and increase them.

With the help of "Svityaz", the units will be controlled by radio, as well as by the types of communications that are quite new for the army as WiMAX and WiFi. There will also be video surveillance of objects and the transfer of video information. In the "Svityaz" for the first time used data transmission over the radio using IP protocols. During the development of the KSHM, the approaches to the structure of the machine changed several times. And the latest version should be successful.

KSHM on the basis of the BTR-70 was chosen as the main one for the Ukrainian army. The base of the BTR-4 will, at best, be used as a base for the prospective CMR of the “second stage”. As is known, in the 2012 year, Ukraine declared the delivery of one BTR-70Di to Sudan, and it is believed that this was just a crank machine based on it. It may well be that we are talking about one of the prototypes of "Svityaz".

The command and command vehicle provides:

Ctrl Enter
Noticed oshЫbku Highlight text and press. Ctrl + Enter
We are
Iveco vs. Tiger. Or how they lie to usTiger vs. Lynx
Military Reviewin Yandex News
Military Reviewin Google News
33 comments
Information
Dear reader, to leave comments on the publication, you must to register.