October 11 2013
44
Il-76MD-90A, also known as Il-476, is a deep modernization of the Il-76MD transport aircraft; it was developed by the Design Bureau named after Ilyushin together with the Design Bureau of the Aviastar Aviation Plant of Ulyanovsk. According to unconfirmed information, work on this project was carried out in the late 1980s and early 1990s. The decision to transfer the production of IL-76 from Tashkent (Uzbekistan) to Russia on aviation Aviastar plant was adopted in 2006. The development of the aircraft was completed in 2009. Currently, the aircraft is launched into serial production. The media voiced information about the construction of up to 100 aircraft for various purposes on the basis of the Il-76MD-90A: transport, refueling aircraft, and AWACS aircraft.


The Il-76MD-90А aircraft differs from its predecessors by the new PS-90А engines, a new modified wing using long caisson panels, an upgraded control system and fuel system, a digital automatic aircraft control system and a sighting and navigation complex and a new “glass” cockpit ( control devices are made with the use of modern LCD displays). It is worth noting that the name of the IL-476 is not official.

The heavy operational-strategic military transport aircraft IL-76MD-90А is intended for the interregional transportation of troops, cargo and heavy large-size equipment, as well as landing of personnel, equipment and cargo by landing and parachute methods. The aircraft is able to transport the entire list of equipment used by the Russian Airborne Forces today.

Also, the aircraft can be used to transport the wounded and sick, extinguishing area fires. The maximum take-off weight of the aircraft was increased to 210 tons. Maximum payload increased to 52 tons (with development to 60 tons). 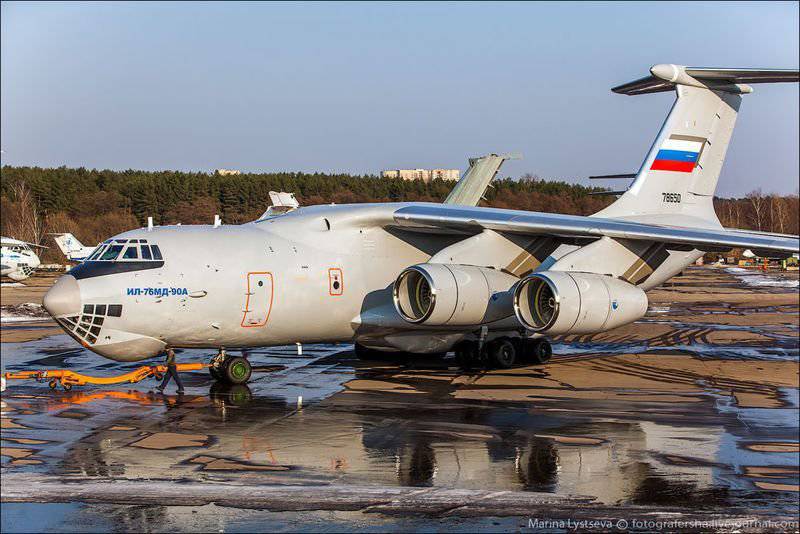 October 4 2013 was exactly one year old since the first flight model of the Il-76-MD-90А military transport aircraft, manufactured at Aviastar-SP, in the presence of Russian President Vladimir Putin made its first demonstration flight. At the same time, October 4, an official contract was signed for the supply of transport aircraft for the needs of the Russian Ministry of Defense 39. The amount of this contract amounted to 140 billion rubles, which made it the largest contract for the entire history modern Russian aviation industry. According to the president of the United Aircraft Building Corporation, Mikhail Pogosyan, this contract will ensure the stable utilization of the production capacities of the Ulyanovsk aircraft manufacturing enterprise.

In 2013, the new IL-76 finished the 1 th flight test phase ahead of time - factory testing. After that, the aircraft was transferred to the Ministry of Defense of the Russian Federation for joint state tests. The entire scheduled test program for the IL-76MD-90A will be completed by the middle of the 2014 year. In addition, in the 2013, the flight model of the car for the first time took part in the MAKS-2013 air show. The aircraft was fully represented in the flight program, as well as in a static parking lot.

At present, in Ulyanovsk, at Aviastar-SP, the mass production of a promising military transport aircraft continues.
The first production aircraft is in a high degree of readiness, the final stage of its construction is underway - the process of final assembly. On the second plane, the airframe docked, the specialists of the company proceeded to the installation of the systems, while the third production aircraft docked the units. In total, the production of CJSC "Aviastar-SP" are already several production machines. According to the press service of the Ulyanovsk enterprise, the whole complex of works on the manufacture of aircraft is conducted in accordance with the previously approved schedule. In 2014, it is planned to transfer the first transporters to the customer. According to Sergey Dementiev, general director of Aviastar-SP, CJSC, the assembly capacities of the Ulyanovsk enterprise already allow production of up to 6-8 airplanes annually. But according to the tasks set by UAC, by 2018 in Ulyanovsk they should reach the indicator - 18 of aircraft sets per year. 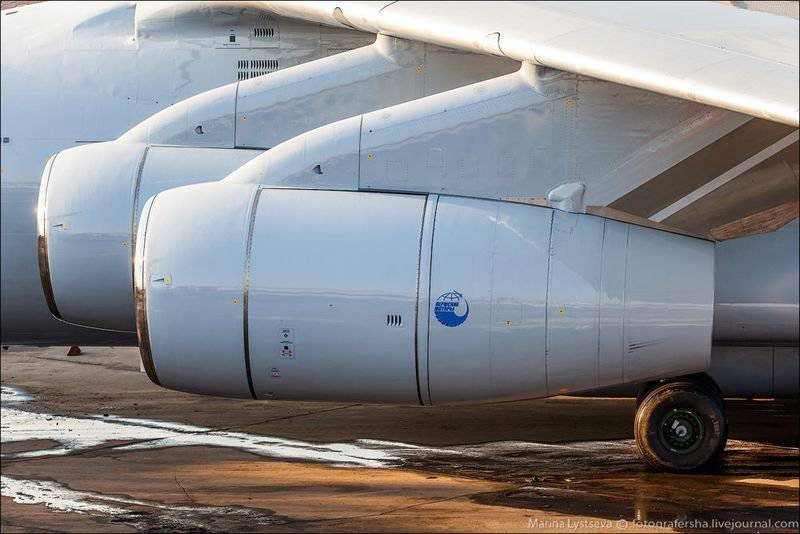 Russian approach and cost of cars

24 May 2013 was held in Russia the first all-Russian conference of suppliers of aircraft IL-76MD-90А (components), which was attended by about a hundred enterprises of the domestic engineering industry. The main purpose of the event was to develop common approaches to component suppliers, aimed at reducing the cost of final products - airplanes based on IL-76MD-90А and increasing the efficiency of their activities.

It would seem, what's wrong with that? But let's take a look at it from a slightly different angle. Doesn't it seem strange to you that the conference on the selection of suppliers is held when the prototype, which completed the factory tests and was handed over for testing to the military, is already flying all over and the first production models are being built? At that moment, when a contract for a huge amount of 140 billion rubles for the production of X-NUMX planes IL-39MD-76А has been concluded.

It would seem that the suppliers should have been selected at the design stage of the machine, at the same time the necessary production connections begin to line up, which by the start of the launch of the aircraft in the series will work as a well-established mechanism, like a clock. Yes, we are talking about the ideal case, both Boeing and Airbus have punctures - but if the creators of IL-76MD-90А decided to search for suppliers at the very last moment, there will be much more failures in the program. Currently, there is not even a list of suppliers, they are simply not defined, and this is in the program where the minimal risks initially existed, a large order was guaranteed by the state. 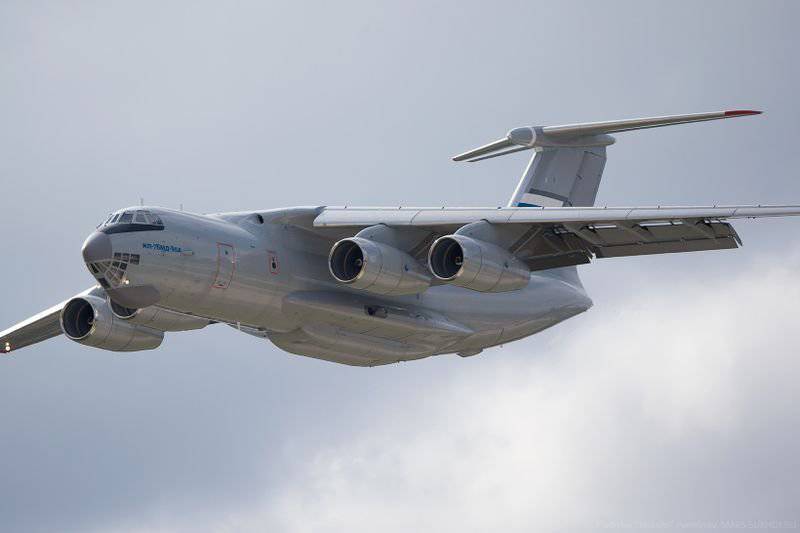 According to Aviaglobus, the first Russian aviation Internet magazine, the price of the previous aircraft modification, Il-76TD-90VD, which were supplied to Volga-Dnepr Airlines by the Tashkent plant, was 50-55 million dollars per piece. The KLA documents for 2011 for the year featured the price of 1111 million rubles - this is generally 36,5 million dollars, well, let it be 55 million dollars. The cost of the production of Aviastar Il-76MD-90А for JSC OAK-TS was (on paper) - 1601 million rubles - the same 54 million dollars. In this case, we are talking about an aircraft “with aggregates, engines and purchased components installed on it, as well as aviation equipment belonging to the aircraft with ground equipment, technical documentation, technical resources, specifications and equipment in accordance with the Technical Conditions for Control, acceptance and delivery of IL-76MD-90А transport aircraft ". That was the price at the “series” on the 3 aircraft. And the October contract of 2012 of the year for a much more solid batch for the native Ministry of Defense immediately pulled 139,42 billion rubles, which gives 4,6 billion dollars or 119 million dollars per piece. Thus, the price per year 2 somehow increased more than 2 times.

In response to the rising cost of the car, an all-Russian conference was probably convened, which is characteristic of the “first” one, which means there will be others in the future. However, as a result of her work, there was still no information that the cost of the aircraft would be reduced by so many percent. Since even the "grab the profit" in the production of the aircraft will still have to try. In particular, it is reported that “the sales price of aircraft on 18% below their cost. Thus, the direct loss of the United Aircraft Corporation from their sale, according to estimates, will be 600 million rubles for each aircraft. In addition to this, payment of aircraft by the military will be made with a delay of 3 of the year, after the delivery of the aircraft, that is, in 2017.

What follows from this? The real cost of one machine (and this is when a fairly large series is released) is about 140 million dollars, in the case of deliveries to foreign markets the price will be even higher. And this is the price for today, and tomorrow or in 2016, these planes will cost even more. Even a brand like Il-76, which Ilyushin is rightly proud of, will not help in this situation: one of the components of this famous brand in the aviation world has always been the word “cheap”. However, now cheap - these are old Tashkent Il-76s with D-30 engines, which today fly “in all sorts of Africans” and in their time created this very brand. However, on the IL-76 with PS-90 engines, which was also produced in Tashkent for 50 million dollars, there were no special queues, despite all the advantages of these aircraft. 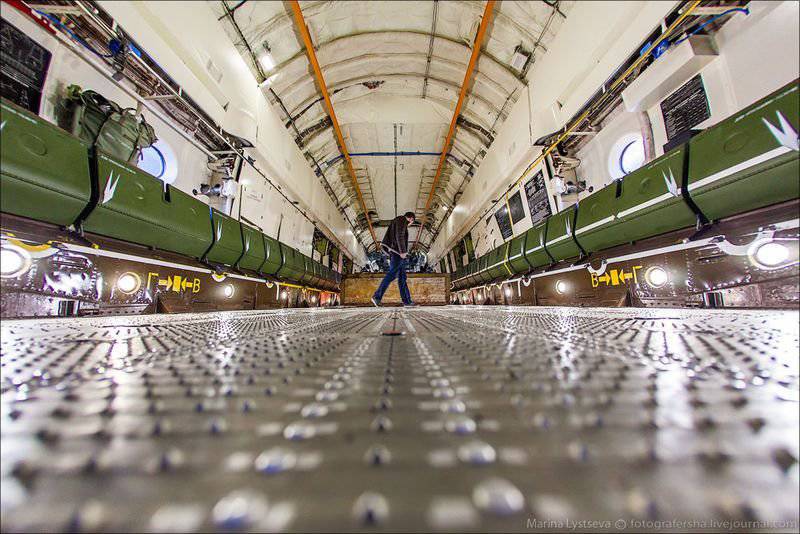 All this makes us think about the export potential of the new Russian aircraft. Naturally, the native Ministry of Defense is not going anywhere, but if someone else buys it, that is the question. After all, Russia is not the only country that faces a similar problem. In Japan, we designed our own C-2 transport aircraft, the aircraft is purely for domestic consumption and very expensive - around 120 million dollars apiece for much smaller sizes - and nothing is tolerated. It’s true that such unprecedented for Russia things are installed on the plane, such as an automatic loading-unloading system, an infrared night vision system for pilots and other very tricky electronics. In the end, and we will endure. The question is whether there will be something after these 39 planes? The budget of Russia is not rubber.