War on the threshold?

February 23 2011
13
Yesterday, rumors spread around the Internet that the Japanese ambassador in Moscow had gathered the leaders of large Japanese companies and hinted that it was time to pack their bags and be ready to leave at any time. In the evening, rumors were supplemented with information that the US Ambassador to Moscow John Beyrle was summoned to the Russian Foreign Ministry. The ambassador was summoned for consultations on the issue of belonging to the Southern Kuriles. Earlier in November, the US 2010 had already expressed their support for Japan in its territorial dispute, the same US State Department confirmed last February 18. Such statements could not remain without attention from Russia.

Relations between Japan and Russia deteriorated after the November visit to the Kuril Islands by Dmitry Medvedev. The Ministry of Foreign Affairs of Japan took this visit very painfully and even called the ambassador from Moscow. In Japan, 4 of the South Kuril Islands is still considered its territory. In Japan, every year there is even a special holiday - the Day of the Northern Territories. This time, the rhetoric of the representatives of the Japanese government became particularly harsh, the Russian tricolor was desecrated in Toki near the Russian embassy, ​​and later a letter came to the embassy, ​​in which a bullet lay. It is quite lucid arguments showing the attitude of some of the Japanese to our country, at least one day in the year for sure.

But what do Russian experts think about this? Nobody believes for a long time that this territorial dispute will end peacefully. Quite the contrary, the growing militarization of Japan is a direct sign that Tokyo is formally ready for war, and the main targets for the Japanese may not be just the Kuril Islands and Sakhalin. 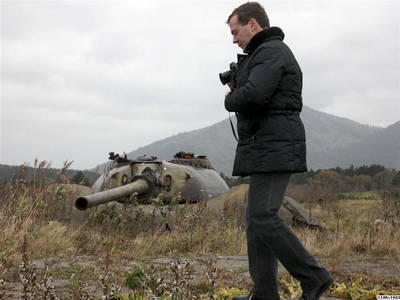 There are a number of facts that allow us to argue that Japan is quite likely to unleash a new war. Japan is the only country on Earth that has experienced nuclear bombing. And only this country has a confident psychological feeling that, yes, it is scary, but not fatal, it is quite possible to survive. In Japan, this feeling is based on real historical experience, says Sergei Pereslegin - expert of the “Designing the Future” research group. In other words, only for Japan the mere mention of a nuclear war, from which the countries of Western Europe are shaking, is not any particular deterrent.

Japan is very sensibly considering this trump card, therefore, despite the legislatively fixed status of “pacifism”, it has been preparing for a possible war for many years. As far back as the beginning of the 90s of the last century, there was an increase in funding for the armed forces in the country, and Japanese reformers were trying to get amendments to the 1947 constitution to expand the powers of the Japanese self-defense forces. Already powerful fleet in the Pacific theater of operations is the Japanese fleet. The construction of aircraft carriers has begun in the country, but they are still hiding under the classification of destroyer-helicopter carriers, but in essence they are not. These ships can be used both as large landing helicopter carriers and as small aircraft carriers when armed with vertical take-off and landing aircraft. Taking part in UN peacekeeping programs, the Japanese military has always gained sufficient practical experience. Alexander Sobyanin, head of the strategic planning service of the Cross-Border Cooperation Association, believes that at present the Japanese army is well trained and society is mobilized.

And if the first "aircraft carriers" of the new Japanese fleet, other ships and peacekeepers may be invisible to other observers, then the increasing militarization of the country can be fully judged by its rather aggressive films and anime culture that are popular throughout the world. Sergey Pereslegin believes that the active and aggressive Japanese youth, who are now actively being squeezed onto the social bottom, plus the aggressive anime culture, are among the signs of the militarization of society. 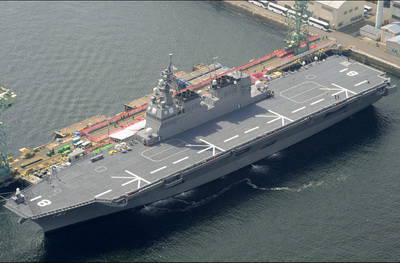 In other words, experts believe that the road of Japan leads her straight to war. And the reasons for this over the years are the same - the lack of resources, every year this problem only intensifies. To solve this problem, Japan’s military actions can be deployed in three areas: Australia; North China and the Russian Far East, including the Amur Region, Primorye, South Yakutia and East Baikal; Latin America, says Alexander Sobyanin.

At the same time, the likelihood that Japan will focus its eyes primarily on Russian lands is reinforced by a number of factors. First, between Russia and Japan there is no legally enshrined status of the world, in fact, hostilities can begin at any time. But even with the conclusion of some kind of formal peace agreements, they still will not become a defense against aggression. Using the example of Iraq, the United States vividly showed the world how easy it would be if you wanted to circumvent international jurisdiction, while in this dispute the United States directly expressed its support for Japan.

Secondly, our Far Eastern territories are among the most sparsely populated and weakly protected, which makes them vulnerable to external aggression. The “umbrella” of the Russian air defense is deployed only over Moscow and part of Siberia, which the Japanese do not pretend to. At the same time, the regions of Transbaikalia and South Yakutia are rich in all the natural resources that Japan needs - natural gas, oil, and uranium.

Only oil is present in the Kuriles and Sakhalin, so they will not become the ultimate goal of aggression, experts say. Alexander Sobyanin suggests that the Japanese army will advance several thousand kilometers into Russian territory. The fact that Japan needs a small victorious war is not doubted by many. It will end in victory or defeat of Japan, in fact, it doesn’t matter if even the country does not receive the natural resources it needs, the aggression launched will allow to throw out all the military potential accumulated in recent years, notes Sergey Pereslegin. In addition, such an aggression by Tokyo can initiate a process of global redistribution of earthly resources and a revision of the outcome of the Second World War. 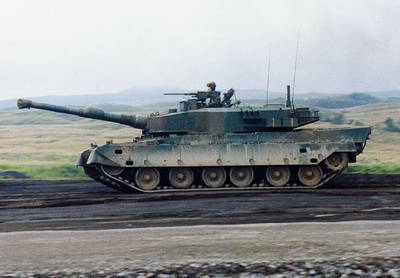 The main battle tank of the Japanese army type-90

For those who are skeptical about the possibility of a new war with Japan, one can cite an example from our recent past, which of us seriously believed that Georgian armored vehicles decided to go to shell Russian peacekeepers, and Russian aviation will strike at Gori. In the early 2000s, such a scenario would be called complete nonsense, but nonsense has become a reality.

Unlike the Georgian army, the Japanese armed forces are more equipped and trained. The ground forces of this country exceed Georgian by almost 3 times and make about 150 000 thousand people, the total army size is estimated at 250 000 people, the population of Japan 127 million people is quite comparable with the Russian one, which is overwhelmingly concentrated in the European part of our country. To say that the morale of the Japanese army, which is much stronger than the Georgian, is probably not worth it. The descendants of the samurai, who went mass in kamikazes during the Second World War, are much stronger than the spirit of our Georgian neighbors.

The possibility of war should never be discounted; it was and remains one of the instruments of international politics, and one of the most effective instruments. Understand this in the Russian general staff. When re-equipping the Pacific Fleet of Russia, Japan was clearly among his possible opponents. It is here that the first Mistral helicopter carrier built in France will have to arrive. It is in the Far East that in the near future it is planned to deploy an air defense regiment with C-400 complexes. There are plans for the speedy rearmament of the 18 machine-gun and artillery division deployed in the Kuril Islands, and here it is planned to deploy an air defense brigade with medium-range installations Buk.

As before the beginning of the Second World War, Japan faces the problem of time. Having entered the war with the United States in the initial time trouble, Japan did not have enough smallness to permanently expel the United States from the Pacific. Now Japan is under pressure from the time, the longer it will postpone solving the problem by force, the less feasible such an operation will be. Russia clearly marked the trend of increasing military presence in the region. Whether the country of the rising sun will try to seize the initiative and go to an open conflict in the near future, that is the question.