Dirk, the origin and development of the blade

Dirk - the history of the blade

A modern dirk has a thin faceted diamond-shaped, double-edged, not sharpened blade, 215-240 mm long. Today it is personal cold weapon, worn with the dress and dress uniform of officers in the naval fleets, land army units and police of some states.

The short, not sharpened blade, intended mainly for stabbing, causes controversial feelings regarding the effectiveness of the dagger as a melee weapon. Why, then, was the dirk, and not a more functional dagger, so caught on the fleet, became a symbol of the honor and courage of its owner? The heroes of the 17 naval battles of the century died in battle, but did not part with the dirk. 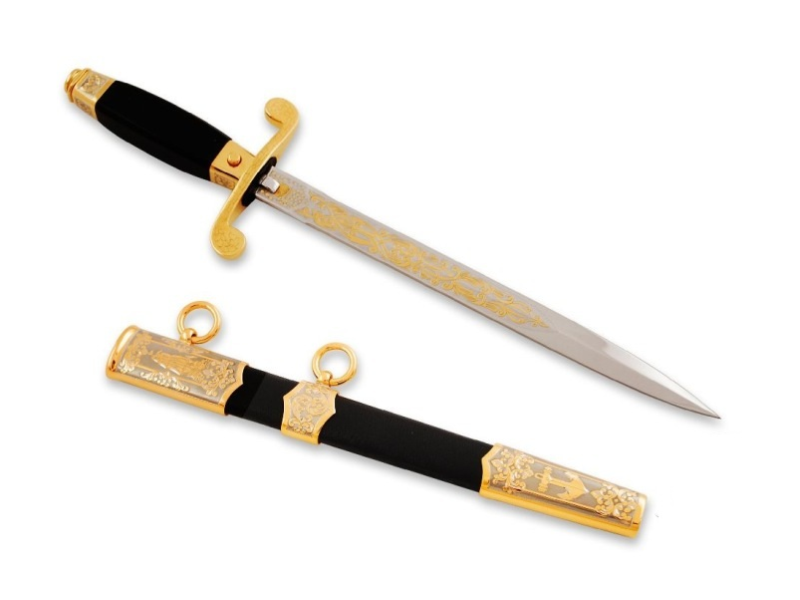 There are several versions of the origin of this blade. According to one of them dirk was a weapon for the left hand in a pair of rapier, or a heavier sword. According to another, it occurred in the process of shortening the rapier, which is extremely inconvenient in close hold-up battles, which are inevitable during boarding. In the third dirk is a type of dagger.

Anyway, история This glorious weapon began in the middle of the 16 century.

In the course of the confrontation between the Spaniards and the Turks on the sea, a rapier was widely used in the navy, known among Spanish nobility from the end of the 15 century as “espada” - a dress sword. The long (up to 1300 mm) thin blade of a military rapier gave a great advantage in battles with the Ottoman pirates with their short curved scimitars.

The civil “espada” had a lot of variations of execution: it could be either double-edged or with one-sided sharpening, and not sharpened at all, as a piercing-cutting and exclusively piercing weapon. Received great popularity as a duel weapon. As the art of fencing developed, it became shorter, lighter, and finally gave way to a piercing-chopping sword. But that's another story.

All in the same half of the 16 century in the battles for the sea routes between Spain and England, the latter received the captured espada. Elizabeth 1's nationals appreciated the trophy for the fact that the straight blade of the rapier perfectly hit the enemy, passing through the articulation of the armor of the Spanish armor.

But if the long-bladed weapon gave an indisputable advantage in battles in open space, then in the ship’s premises, which did not differ in breadth, the long blade was only a hindrance. The knife or dagger, by virtue of its small length, was not a serious weapon against the same sword or scimitar. 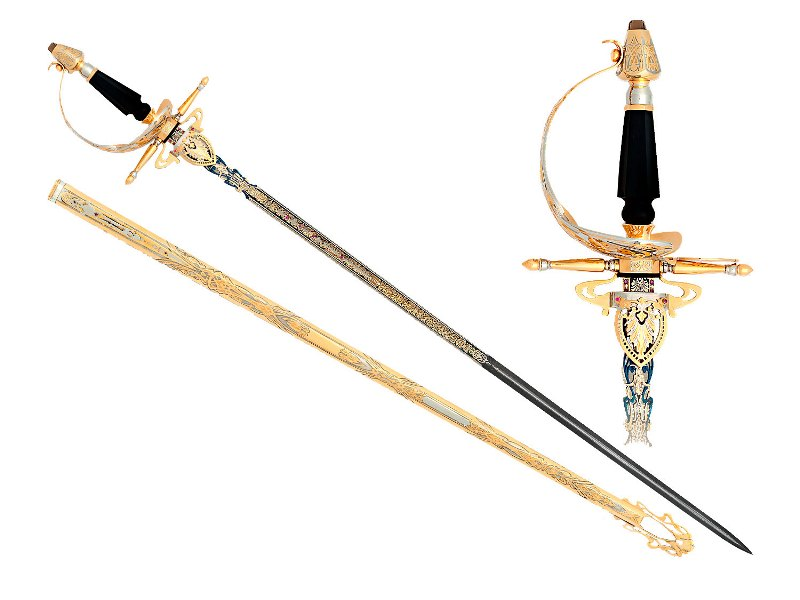 This is where our hero appears on the scene - a dirk!

The exact parameters of the first dirks are not known, their length ranged from 500 to 800 mm, and they called him the hunting cleaver, then the bukanerny dirk. There were both sharpened double-edged blades for butchering, and faceted, exclusively for piercing beats. By the beginning of the 17 century, combining in themselves the attacking and defensive properties, convenience and outstanding efficiency in battle, dirks gained extraordinary popularity not only among the military, but also among civilians. Nobles preferred a short, light and elegant dirk to a heavy and long sword.

At first, the dirk was used by combat officers and sailors who had to travel a lot around the ship, and the long blades of sabers were constantly clinging to something in narrow hold spaces. But by the second half of the 18 century, they were armed with command personnel. Dirk was not just a weapon, but a symbol of honor and courage.

In the Russian fleet, the dirk first appeared in the time of Peter 1, as the official naval weapon, an element of the parade uniform of the officer corps.

The length and shape of the blade of the Russian dagger throughout the 17-19 centuries changed many times. There were double-edged diamond-shaped blades, and tetrahedral needle-like. Blade decoration was most often associated with a maritime theme. The dagger blade of the 1913 sample of the year was 240 mm long, and in 1945 a diamond blade 215 mm long was adopted with a latch on the handle from falling out of the sheath. In 1917, the wearing of a dirk was canceled, and only in 1940 was it re-approved as a personal weapon to the fleet command.

Now admiral, officer, combined arms, army or maritime dirk can be a wonderful gift for a person whose profession is in any way connected with the army or fleet, for a historian or collector.