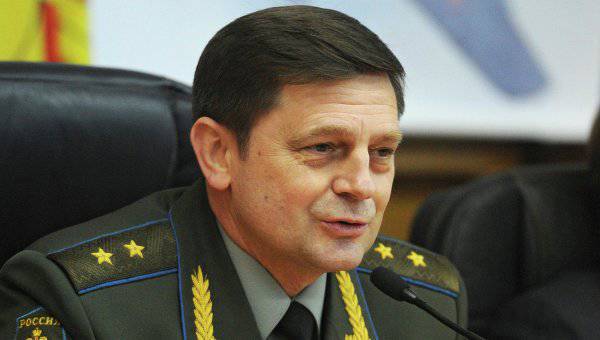 The head of government held a working meeting with the new head of the space department, ITAR-TASS reports.

“I signed an order appointing you the head of Roscosmos,” said Ostapenko Medvedev. - You have been involved in the space sphere all your life, including being in military posts, now you have to deal with space in a slightly different dimension. The topic is certainly complicated, requiring increased attention from the state. ”

The prime minister noted that the modernization of the space industry management system is currently underway. “At the same time, Roskosmos must determine the ideology of development, must prepare and adopt the regulatory framework, according to which our space industry is developing, solve personnel and organizational issues. In other words, the ideology of space development remains behind Roskosmos, despite the fact that there will be large associations of companies that will conduct business, create new objects, engage in their operation and all issues related to the exploration of outer space and the solution of a number of tasks, including defense tasks ", - said Medvedev.

The head of government wished success to the new head of the department, expressing the hope that "a number of problems, which, unfortunately, have recently been observed in the activities of Roskosmos, will be overcome with your arrival." “I hope that everything, including future launches, will be carried out in accordance with the outlined plans, while it is very important that not only organizational implications be calculated, but also the financial implications of all the activities carried out. Because we have a single budget, and everything that Roscosmos is doing must be linked with state development plans, ”the Prime Minister noted.

Ostapenko thanked Medvedev for his trust. “I will make every effort so that the assigned tasks are implemented,” he said. “First of all, the most important thing is to quickly continue the solution of the planned activities of Roskosmos, the most important thing is to give a new impetus to development within the framework of the tasks that have been set. For my part, I will do my best to solve these tasks, ”the new head of the department promised.

Meanwhile, the source RIA "News"In the space industry, he said that" Ostapenko will arrive at the agency in the evening, where he will be presented to employees at 18.30 Moscow time. "
In addition, according to another source of the agency, a letter of dismissal was written by Alexander Lopatin, Deputy Head of Roskosmos, appointed to this position on January 3, 2011, by an order of the Russian government.
On Thursday, it became known that Russian President Vladimir Putin, by his decree, dismissed Colonel General Ostapenko from the post of deputy defense minister and dismissed him from military service.

Earlier, the leaders of Roscosmos Ostapenko predicted the media.

October 7 did not officially confirm the data that the United Rocket and Space Corporation, which, as planned, will include all enterprises of the industry, may be headed by AvtoVAZ CEO Igor Komarov - his candidacy was allegedly already agreed by the presidential administration and the government.

Recall that in November last year, Russian Prime Minister Dmitry Medvedev said it was necessary to seriously reform the country's space industry, calling for a determination of which path to take. On the same day, the head of Roscosmos, Vladimir Popovkin, said that five to six holdings would be created in the rocket and space industry.