Armor of the future: plastic and non-deformable

October 11 2013
72
Specialists from Rice University and the Massachusetts Institute of Technology continue to work on a new generation of armor, which will be much lighter and stronger than steel and any modern composites.


Recently, lead project researcher Ned Thomas has demonstrated recent advances in this area. The piece of transparent plastic several centimeters thick looked especially impressive. In this piece of polyurethane, like flies in amber, 9-mm bullets were stuck, with no signs of deformation on the reverse side of the armor plate were observed. Moreover, even the cracks are not visible on the transparent “washer”, just circles, as if from a stone thrown into the water. 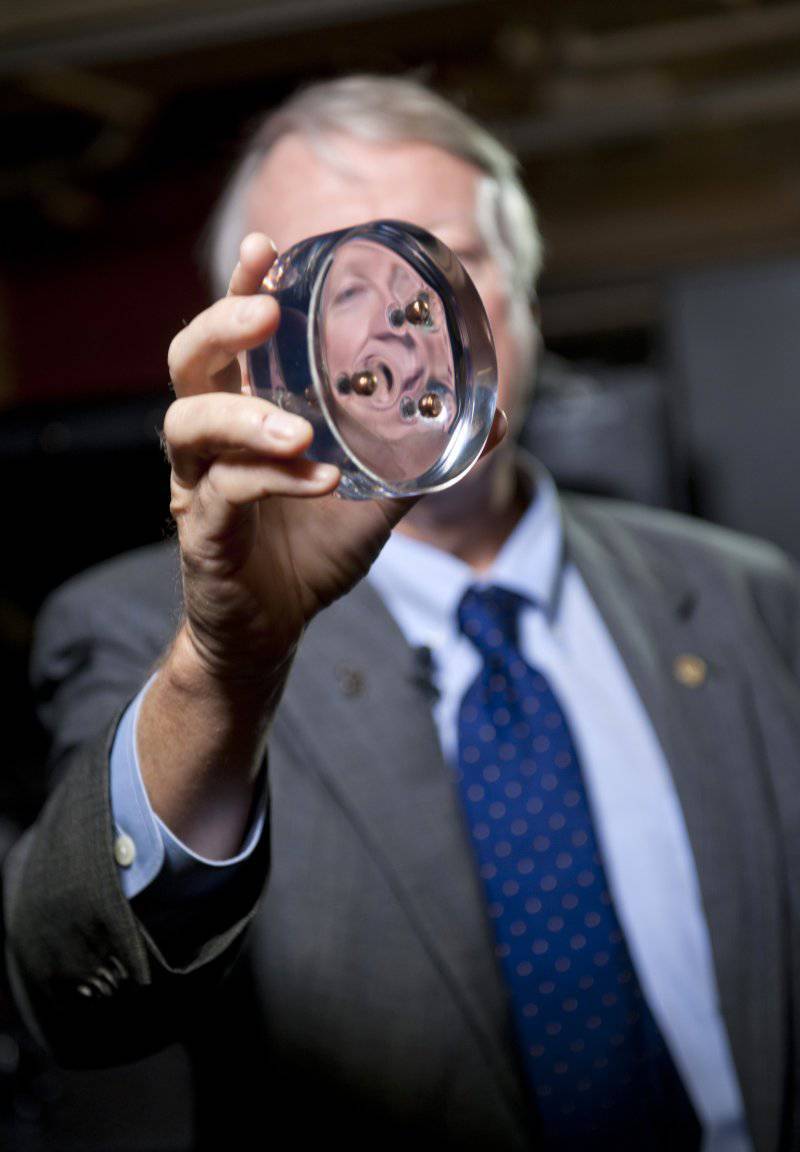 The goal of researchers is to find new ways to make materials resistant to deformation. These durable and lightweight materials will be useful in body armor, jet engines, for propeller blades, lining spacecraft, etc.

A unique material was obtained during the study of the behavior of polymers at the nanoscale. To do this, scientists have created a sample of polystyrene-polydimethylsiloxane diblock copolymer. This material is independently assembled from 20-nanometer layers of glassy and "rubber" polymers. Then, using a scanning electron microscope, scientists were able to see the effect on a given 3-mm polymer glass spherical bullets accelerated to speeds of 0,5-5 kilometers per second.

As a result, it turned out that with a perpendicular impact to the laminate, the energy of the bullet is absorbed much better. Scientists have discovered that at the moment a bullet hit, a part of the polymer heated to fractions of a second to 3000 degrees Celsius and melted, thereby taking a significant portion of the energy of the bullet.

After numerous experiments, the scientists managed to create polymeric transparent armor capable of effectively stopping bullets and debris. When hit high-speed bullets, the layered material melts and turns into a homogeneous liquid. As a result, the bullet rapidly loses energy and gets stuck inside the armored plate. Then the liquid hardens again, and the armored plate remains transparent.

Scientists are currently experimenting with the addition of various “deserved” armor materials to the polymer armor, such as boron nitride and carbon nanotubes. The main problem for the introduction of revolutionary armor is still a large-scale production of materials with precise control of their nano and microstructure.