October 11 2013
84
The impressive decline in the popularity of the Russian language in the world is recorded by various organizations and departments. According to the Deputy Minister of Education and Science, Veniamin Kaganov, if 20-30 years ago the number of Russian speakers in the world was about 380 million people, today it is already 260 million. According to the same Kaganov, by the year 2033 this number could be reduced by another 20 million people. To stop the development of this negative trend for the entire Russian-speaking community, the Russian government is going to take certain measures. What will these measures be - let's look in more detail.


If you believe the words of the deputy minister of the Ministry of Education and Science, the Council on the Russian language will soon be created, which will include representatives of various scientific and educational organizations, employees of the main foreign policy department, the Ministry of Culture, employees of Rossotrudnichestvo, and a group of parliamentarians. The Russian Council will be headed by the Deputy Chairman of the Government Olga Golodets (a graduate of the Faculty of Economics of Moscow State University 1984 of the year).

The main task of the council being created is to coordinate the activities of those organizations that promote the Russian language inside and outside the country. It is planned to allocate about 1,5 billion rubles from the state budget for the functioning of the council (the amount of funding of the council for the future has not yet been determined).

In general, the idea itself looks positive, because with an increase in people who speak Russian abroad, the scale of “peaceful residency” will increase, let's say, in the same direction of soft power (protecting force, or at least taking into account Russian interests), about which representatives of Russian state authorities often speak recently. With the increase in the number of Russians who speak a high level of language, the overall level of national education will increase. 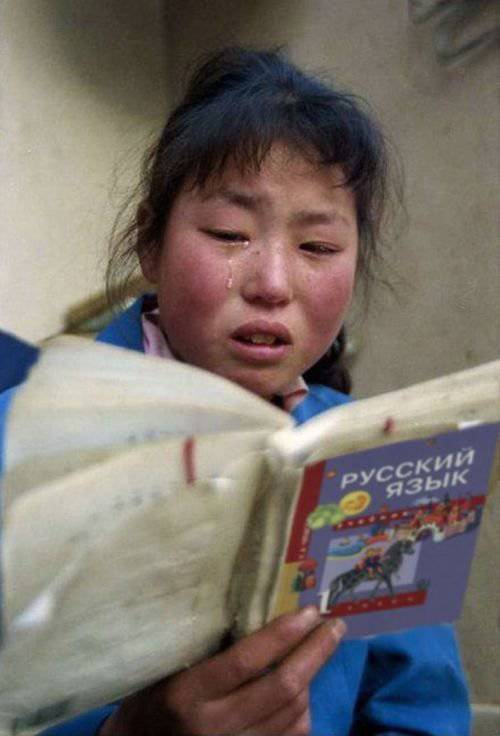 From 7 December 1995 to 23 May 1997 under the Russian President, the Russian Language Council already existed as an advisory body. The tasks of the presidential council of the 1995-1997 model included the following: from making suggestions and recommendations on state support of the Russian language to expanding the use of language in international and international communication. In addition, the work was to be carried out to popularize the Russian language through the media and work in the field of scientific language studies. A federal official with the rank of deputy prime minister, Yury Yarov, was also appointed chairman of the presidential council.

In May 1997, Boris Yeltsin issues Decree No. 519, according to which the Council on the Russian Language under the President is abolished.

The reason for the abolition is voiced as follows:
in order to improve the system of advisory and advisory bodies under the President of the Russian Federation.

It seems that there were no other options for improving the said system, apart from the dissolution of the Russian language council (along with a number of other councils) ... However, it turned out that immediately after the dissolution, the council had to earn again in the reformatted version but only immediately, as usual, did not work. Only on the last day of 1997 leaving at that time, Prime Minister Viktor Chernomyrdin recalls (or reminds someone) of the council and approves the governmental decree No. 1674, which says that the Council on the Russian language is already created under the government of the Russian Federation. The goals of the “new” council were the same as the goals of the presidential council that ordered to live long. As a result, the changes affected only the full name of the council and its leading person. He became this leading person of the next vice-premier, part-time Minister of Labor and Social Development Oleg Sysuev.

allow the use of the words "parachute" and "brochure" through "y". The reason for this “innovation” was called quite interesting: in these words, many people already write “u”;

do not write the letter "d" in the words "stayer", "conveyor, etc.

In general, as you can see, the work is titanic, proposals, too ... But all these proposals were cut at the root by Lyudmila Putin, who by that time had become the president of the Russian Language Support Fund. The first lady said that the reform was inopportune, and that all the “brochures” and “parachutes” should be put on the back burner ... The Russian Language Council did not think for long for which side to take. He took the side of the first lady - the spelling of the "art fair" was stopped ...
In July, 2004, and this council ceased to exist.

How much money was spent on “popularizing” the Russian language over the years of the boisterous activities of the Soviets under the president and the government, but not to say exactly, but it can be assumed that the sums were considerable. In this regard, the question arises: why is it that the situation with the popularization of the Russian language was not the best for all these years? Why has the number of people studying Russian in the CIS countries decreased significantly? Why is the level of proficiency in Russian so sharply dropped in Russia? Well, from the category “you can't think up on purpose: why was the Russian Language Council under the Russian government dissolved a couple of months after the start of the broadcasts of the program“ House-2 ”- the main“ popularizer ”of the Russian language? .. Relay, something like that ...

Now here are the “new” ideas, new means ... Of course, I would like the project to start working effectively after the third attempt. I would like the significance of the Russian language to become higher in Russia and in the world. I wish that his study was not reduced to a formality. But ... Is it necessary for this to necessarily create a new state structure and pour another billions into it? Is it really impossible to support those who are already working to popularize the Russian language, those who are doing everything possible that depends on them? Indeed, in this direction there is enough of both organizations and individual enthusiasts. Do they need to coordinate their work ”? (“Help” and “coordinate” - we have completely different concepts). So after all, there is already at least one “coordination” organization. "Skolkovo" is called. The organization is there, the money for its work is the same, but scientific breakthroughs and popularization of national science cannot wait ... I do not want to follow the path of pessimistic reasoning, but there is an opinion that the same parsley will be with the new council.

And if so, then it is worth looking for other options for popularizing the Russian language - at least without exploiting the “labor” of officials - you look, and the funds allocated will go in the right direction.