Will Russia take away Ana from Antonov? 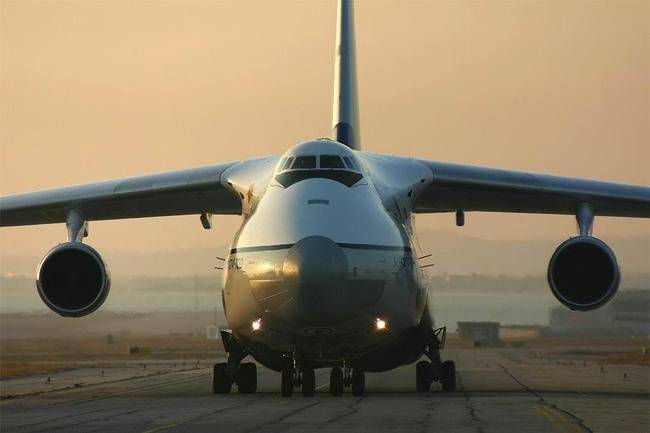 Russia can begin independent production of transport aircraft of the An brand, in the event that an agreement is not reached with the Ukrainian Antonov Design Bureau. The unwillingness of the Ukrainian side to compromise in conjunction with the political aspirations of Kiev to the West threaten to deprive the country of its own aircraft industry

Ambitious projects to resume the production of the An-124 super heavy transport aircraft and launch the An-70 heavy military transport aircraft (VTS) into the series have been discussed for a very long time, but practical progress has not yet been observed.

For the first time, the idea of ​​“restarting” the An-124 “Ruslan” series production was announced in 2006 year. In August 2007, an agreement was signed between the Ukrainian manufacturers Motor Sich and the Antonov ASTC, on the one hand, and the Russian airline Volga-Dnepr, on the other, to resume the mass production of this machine. Moreover, the potential market "Ruslan" to 2030 year was estimated at a hundred cars. Volga-Dnepr Airlines planned to become the first customer of this aircraft by purchasing the first 17 aircraft. In addition, there were reports of interest in the "Ruslans" by the Russian military. The “restart” of production was to take place at the Aviastar plant (Ulyanovsk, Volga region) - in fact, in the same place where all the serial Ruslans were produced (49 machines, not counting the experimental and pre-series 6, produced by the Aviant plant in Kiev).

The task was not the easiest - the mass production of Ruslan, begun in 1986, actually ended in 1995, and the production of power structures for new aircraft - in 1992-1993. The latest 4 machines, handed over in the first half of the 2000-x, represent a "pre-assembly" of the Soviet technological reserve. And, thus, for today the break makes 20 years. The staff and production equipment required for the production of these machines is completely lost. And today Aviastar, like Aviant, can only repair Ruslans. The cost of restarting production is estimated at 120-150 billion rubles.

The same problem of “starting from scratch”, in fact, arises with the production of An-70 - with the difference that this aircraft has no “serial stories". The launch of the car, planned by the Kazan Aviation Plant, will be expensive - as much, no less than the resuscitation of the Ruslan production. 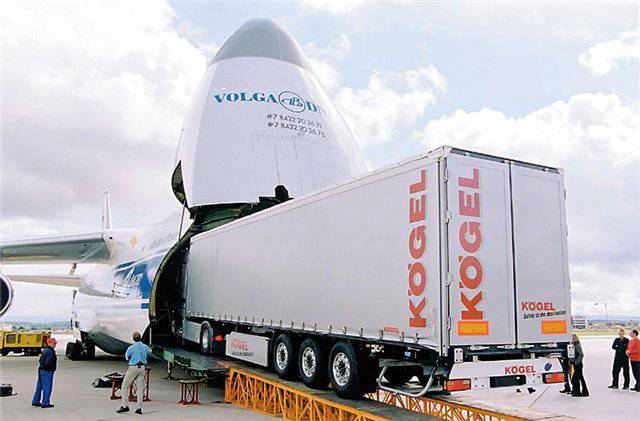 The formal copyright holder on the An-124 and An-70 is the Ukrainian Antonov Design Bureau, which frankly does not want to transfer the corresponding rights to Russian counterparties. In turn, the Russian side, having sufficient monetary resources, refuses to invest them in production, without controlling the key object - the aircraft itself. Taking into account the regular political frictions of Kiev and Moscow and the tendency, characteristic of the leaders of the Ukrainian industry, to suddenly change the already agreed conditions and refuse agreements, the situation with the production of these machines begins to resemble a fairy tale about a white bull.

At the same time, Ukraine’s ongoing aspiration for integration with the EU and the corresponding consequences for cooperation with Russia largely untie Moscow’s hands. Not having formal rights to An-124 and An-70 Russia, however, has all the necessary technological and design documentation for these machines, while not bound by any obligations prohibiting the reproduction of the relevant decisions. Further delays, combined with the unfriendly behavior of Kiev on other issues, may lead to Moscow going to the “Chinese version” of solving the problem.

As is known, the basis of the model lineup of the Chinese aircraft industry is made up of machines directly copied from foreign prototypes (J-7, J-11, H-6, Y-8) or created with extensive use of foreign solutions (J-8, J-10, FC -1, MA-60, etc.). Russia does not need to copy the entire existing Antonov line. Most likely, it will not be necessary to restart the production of AH-124. Today's predictions about the real market capacity for this car do not confirm the initial optimistic plans. Apparently, the remotorization and overhaul of the existing park will be quite enough.

But the mass production in Russia, say, of the TK-1 aircraft (conditionally), which is strangely similar to the An-70, is more than realistic. And the engines are likely to be the same - the Ukrainian D-27. It is unlikely that Motor Sich will refuse to produce them only because the plane suddenly changes its registration. In the extreme case, the experience of copying foreign gas turbine engines from Russian factories is.

Ctrl Enter
Noticed oshЫbku Highlight text and press. Ctrl + Enter
We are
"Motor Sich" - hugged and strangledPetr Butovski on An-124 "Ruslan"
144 comments
Information
Dear reader, to leave comments on the publication, you must to register.