Tokyo’s aggressive rhetoric is a sign of Japan’s decline 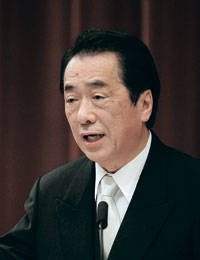 In recent years, Tokyo has been making loud statements more and more often - it demands that the US withdraw its military base from Okinawa, it quarrels with the PRC over the Diaoyu Islands (Senkaku), and makes defiant statements about the Russian Federation.

The US military base was preserved, China had to give up - giving the Chinese sailors who were caught in the territorial waters of Japan, detained by patrol. And relations with Russia have complicated.

Information: Japan was defeated in the Second World War, its territory was occupied by the United States, a part of the territories was rejected - including the Marshall, Caroline and Mariana Islands. The eviction of people from the Kuril Islands was carried out in accordance with the directives of the commander-in-chief of the Allied occupation forces in Japan, General D. MacArthur (Directive of the Commander-in-Chief of the Allied forces in Japan 23 December 1946 No. 1421). The Kuril Islands were rejected under the San Francisco Treaty. According to the contract, it is not indicated which country the islands were transferred to, but it also did not indicate to whom the islands of Formosa-Taiwan, Pescadorsky, Spartley, Paracel will be transferred. China was not invited to the conference at all; Indonesia did not sign the treaty.

In 1956, the USSR, Khrushchev said that he was ready to “transfer”, and not to “return” 2 islands on the island (Shikotan and Habomai), if Tokyo signs a peace treaty. But in this treaty, it should have been stated that these islands belong to the USSR. Tokyo did not go for it then, although it could have got two islands.

- Japan lost the place of the second world economy, giving way to China. She already with 1991, the year can not get "stagnation".

- At the end of January 2011, S&P downgraded Japan's sovereign rating AA to AA–. The reason is the growing state debt of the country and the lack of a clear program for its reduction by its leadership. Soon, Japan's national debt may exceed 200% of GDP: 196,4% of GDP in 2010, 192,9% in 2009. Japan's Minister of Economy and Fiscal Policy Kaoru Yosano recently said that by failing to adopt a coherent strategy to reduce debt, the country risks losing investor confidence and facing debt refinancing problems in the long run.

- The population is aging rapidly, the average age in Japan is almost 45 years (for comparison: in “middle-aged” Russia - less than 39 years).

“China and South Korea are catching up in the main export industries - automotive and electronics. The state has lost its former advantages - cheap labor (relative to Western countries) and very high-tech and high-quality production, in other Asian countries, labor is cheaper, and in terms of quality they equaled the Japanese.

- The rate of the Japanese elite on the import of technologies and the achievements of Western and Russian scientific and fundamental science failed by the beginning of the 90-s. Japan could not make a qualitative breakthrough in development. All programs like "Inner Frontier" (building android robots, artificial intelligence, computer of the fifth generation, dream management) did not lead to success. It did not work and space expansion.

- Japanese society is sick - Japan ranks first in Southeast Asia by the number of suicides. In 2009, 32,8, thousands of Japanese committed suicide - causing material damage to the country at 2,68 trillion yen (31,8 billion dollars). Japanese youth grows on comics, mangoes, films that are riddled with violence, sex, perversions.

- The Japanese elite are tired of being in the “shadow” of the United States, but do not dare to go on an independent voyage.

In the Japanese elite there is an opinion that Beijing is fighting for the survival of the country and the elite, since a stall in growth will cause a collapse capable of burying present China under the rubble. And the collapse of China will save Japan, give it a new impetus to development. The same can be said about the Russian Federation, its collapse, will enable Japan to survive. The Japanese elite, society needs a “little victorious war” that will breathe new life into Japanese civilization.