October 10 2013
30
On September 25, 2013, flight tests of the Tu-214VPU special-purpose aircraft (serial number 523, registration number RA-64523) built by Kazan aviation production association named after S.P. Gorbunova "(KAPO) by order of the Federal Security Service of Russia under state contract No. 13 / A-2218-11 of December 8, 2011. The state contract cost 2,7 billion rubles. The plane is called the" control point ", but actually represents On board April 20, 2012, UAC signed an agreement with Tupolev OJSC for the amount of 209 million rubles for the work on the creation of a Tu-214 aircraft in a special version equipped with a special communications center "


A TU-214VPU aircraft must be delivered to the customer by the end of 2013. As Vasil Kayumov, the former general director of KAPO Vasil Kayumov (now presidential adviser to JSC UAC), recently told the Kazan Business Online Business Resource, “today the delivery of Tu-214VPU is the top priority of the immediate tasks of KAPO”. 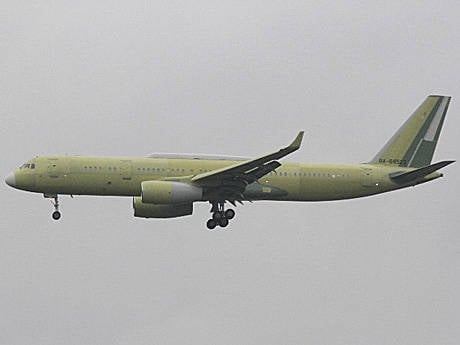