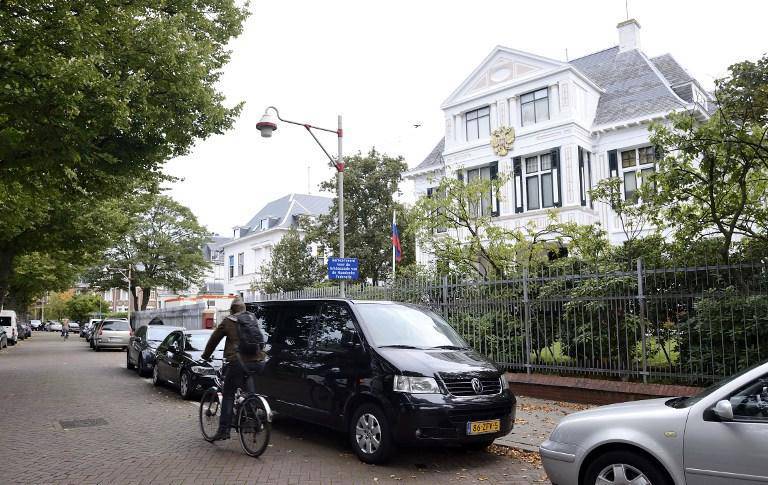 The Netherlands officially apologized to Russia for the incident with the detention of a Russian diplomat in The Hague, reports France-Presse. October 5 adviser-envoy Dmitry Borodin force in a police station was taken by people in camouflage. During the detention in the apartment of their own Russians were beaten with a baton.


The foreign minister of the Netherlands, Frans Timmermans, apologized to the Russian side. He noted that the incident did indeed violate the Vienna Convention on Diplomatic Relations.

Recall that last weekend the police broke into the apartment of the Minister-Counselor of the Russian Embassy in the Hague Dmitry Borodin and under a false pretext of alleged mistreatment of children brutally beat a diplomat, chained him in handcuffs and taken him to the police station where they were held almost until the morning, then without apologies and explanations released. On Tuesday, the Russian Foreign Ministry summoned the Dutch ambassador and handed him a note of protest in connection with the attack on the Russian.

Representatives of the Netherlands said they are ready to apologize to Russia for the incident with the beating and detention of diplomat Dmitry Borodin, but only if the investigation confirms the violation of the Vienna Convention on Diplomatic Relations.

According to Russian Foreign Ministry spokesman Alexander Lukashevich, the reaction of the Netherlands side to the incident with the Russian diplomat was unacceptable, unintelligible and did not correspond to the level of Russian-Dutch relations.

Note that in the Hague they are ready to provide the results of the investigation of the incident to the Russian side. This will be done "additionally."

Dmitry Borodin, counselor-envoy of the Russian Embassy in the Netherlands, himself believes that, having apologized to Moscow for the incident with him,
the Dutch “did the right thing in terms of their obligations under international law”. In an interview with ITAR-TASS, the diplomat said: “I hope that the Year of the Netherlands in Russia and Russia in the Netherlands, which we called the“ Year of Friendship ”, really will be. I hope that those streams of dirt that have poured on my family from the pages of the Dutch press will now cease to flow. ”

According to Dutch media reports, the police descended into an apartment to a Russian diplomat after reports from Borodin’s neighbors about alleged abuse of children in a Russian family. Borodin lives in The Hague with his wife, a daughter of four years and a son of two years.