October 10 2013
62
Few people know, but the origins of the creation of the most famous Intel Pentium processor in the world were both Soviet specialists and engineers. At one time, the USSR achieved quite serious achievements in the creation of computer equipment. An example of this is the Elbrus series of Soviet supercomputers, which were created at the Institute of Fine Mechanics and Computer Engineering (ITM & T) in 1970-1990-s of the last century, the same name is given to a series of microprocessors and systems built on them and manufactured today CJSC MCST (Moscow center of SPARC-technologies).


In this case, история "Elbrus" is quite extensive. Work on the first computer with the same name was carried out from 1973 to 1978 year in ITM & T. Lebedev, who supervised these works was B. S. Burtsev, the development was carried out with the participation of Boris Babayan, who was one of the deputies of the chief designer. At that time, the main customer of this product was, of course, the military.

The first computer "Elbrus" had a modular architecture and could include from 1 to 10 processors based on medium integration circuits. The speed of this machine reached 15 million operations per second. The amount of RAM that was common to all 10 processors was up to 2 in 20 degrees of machine words or, if we use the notation currently used, 64 MB. However, the most interesting in "Elbrus-1" was precisely his architecture. The supercomputer created in the USSR became the first commercial computer in the world that used superscalar architecture. Its mass use abroad began only in the 90-ies of the last century with the appearance on the market of affordable Intel Pentium processors.

Later it turned out that similar developments existed even before Elbrus, IBM was engaged in them, but the work on these projects was not completed and did not lead to the creation of the final commercial product. According to V. S. Burtsev, who was the main designer of Elbrus, Soviet engineers tried to apply the most advanced experience of both domestic and foreign developers. The architecture of computers "Elbrus" was influenced not only by computers of the Burroughs company, but also by the development of such a well-known company as Hewlett-Packard, as well as the experience of the BESM-6 developers. 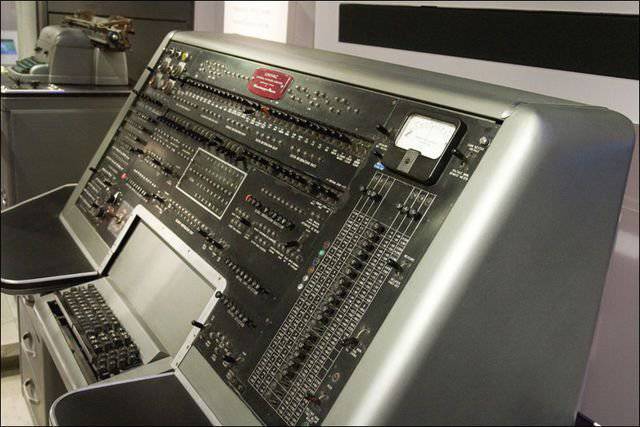 At the same time, a considerable part of the development was original, and superscalar architecture also applies to them. In addition, for organizing the transfer of data flows between peripheral devices and RAM in the computer, special input-output processors could be used. Such processors in the system could be up to 4-x units, they worked in parallel with the central processor and had their own memory.

The next stage of work was the creation of a computer "Elbrus-2". These computers went into mass production in 1985 year. In terms of their internal architecture, they were not very different from the Elbrus-1, but they used a new element base, which increased the maximum performance to 125 million operations per second. The amount of computer memory has increased to 16 million 72-bit words or 144 MB. The maximum throughput of the Elbrus-2 I / O channels was 120 MB / s.

These computers were actively used in the USSR in areas that required a large number of calculations, primarily in the defense industry. Elbrus-2 computers were operated in nuclear research centers in Chelyabinsk-70 and in Arzamas-16 in the MCC, and finally, this complex, starting from 1991, was used in the A-135 missile defense system, as well as in other military installations in the country.
In addition to the two computers listed above, the Elbrus 1-KB general-purpose computer was also produced, the creation of this computer was completed in the 1988 year. Before 1992, 60 of such computers was manufactured. They were based on Elbrus-2 technology and were used to replace outdated BESM-6 machines. At the same time, there was complete backward software compatibility between Elbrus 1-KB and BESM-6, which was supplemented with new modes of operation with an increased digit capacity of numbers and addresses.

Creation of computers "Elbrus" was appreciated by the leadership of the Soviet Union. For the development of "Elbrus-1" many engineers were awarded orders and medals. Boris Babayan was awarded the Order of the October Revolution, his colleague V.V. Bardizh - the Order of Lenin. For the development of "Elbrus-2" Babayan with a number of his colleagues was awarded the Lenin Prize, and the General Designer V. S. Burtsev and a number of other specialists received the State Prize. 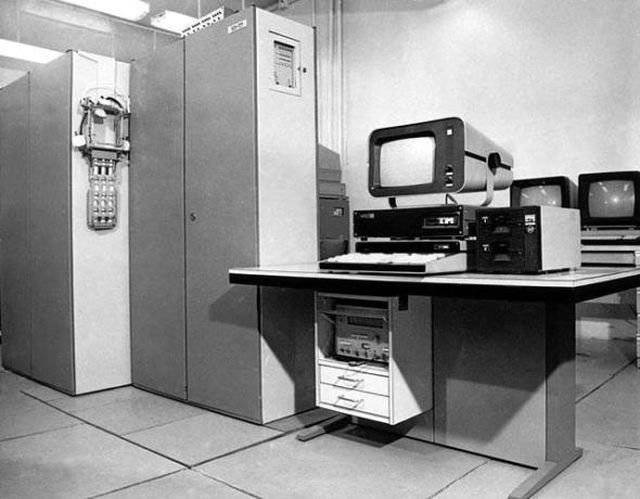 After completing work on the Elbrus-2 computer in ITM & T, they took up the development of a computer based on a fundamentally new processor architecture. The project, which was named quite simply - "Elbrus-3", also significantly outpaced similar developments in the West. Elbrus-3 was the first to implement the approach that Boris Babayan calls “post-superscalar”. It is this architecture that Intel Itanium processors and Transmeta chips have in the future. It is worth noting that in the USSR, work on this technology began in the 1986 year, and Intel, Transmeta and HP began to work in this direction only in the middle of the 1990-s.

Unfortunately, "Elbrus-3" has never been launched into mass production. Its only working copy was built in 1994 year, but at that time nobody wanted it. The logical continuation of work on this computer was the appearance of the Elbrus-2000 processor, also known as E2K. The Russian company had big plans for the mass production of this processor, which was supposed to go into a series at the same time or even earlier than Itanium. But due to the lack of the necessary volume of investments, all these plans were not implemented and remained on paper.

Vladimir Pentkovsky - is an outstanding Russian-American scientist, doctor of technical sciences, who graduated from the faculty of the FRTK MIPT. He was directly involved in the development of processors Pentium III, Core 2 Duo, HAL9000, Matrix, is the developer of a high-level programming language El-76, which was used in computers "Elbrus". From 1970, he worked at the Institute of Fine Mechanics and Computing, where he managed to take part in the creation of the Elbrus-1 and Elbrus-2 supercomputers. In 1986, Pentkovsky took the lead in creating the 32-bit El-90 processor for Elbrus-3.

By 1987, the work on creating the architecture of the new microprocessor was completed; in 1990, its first prototypes were released. In 1991, he began work on the development of El-91C, taking as a basis the previous version of the processor, but funding for this project was halted due to the collapse of the country. Naturally, a specialist of this level could not disappear. In 1989, Vladimir Pentkovsky already traveled to the United States at Intel’s research center as part of an experience sharing program. Since 1993, he began working at Intel, becoming one of its leading engineers, the development of the famous Pentium processor took place with his direct participation. The presentation of the Pentium processor took place on 22 in March on 1993, after about a few months, the first computers based on them began to appear. 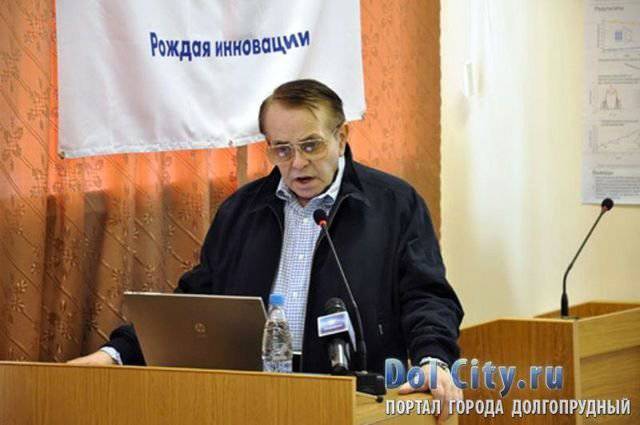 Vladimir Pentkovsky is one of the authors of the vector (SIMD) expansion of SSE commands, which was first used in Pentium-III processors. He is the author of more than 50 of various patents, many of which are still used in modern processors. In the Intel processors, Vladimir Pentkovsky put into practice the knowledge that he had gained in Russia, he was already thinking out a lot right during model development. In 1995, the American company introduced a more advanced product Pentium Pro, which by its characteristics resembled the El-90 processor. The main architect of this processor is Vladimir Pentkovsky.

Currently Pentkovsky continues to work at Intel. So the processor, on which your personal computer or laptop may work, may well have Russian roots and could even have been produced in our country, if it were not for the infamous 1991 events of the year and their consequences.

Although the USSR collapsed, the Elbrus brand is still alive. Processors and ready-made solutions based on them today are marketed by the company MCST. Today, computers of the MCST company are mainly intended for: the military departments of Russia, the CIS countries and BRIC; civil industry; Civil radars (land, sea and air transport). For businesses and civilians who need highly reliable and secure computers. Computers of the company have a different design execution, a different class of protection depending on the requirements. All of them have the support or the ability to work with GPS and GLONASS, depending on the needs of the buyer of the device.

Currently, the company is promoting its mainstream microprocessor and devices based on 2 on the market. The first of these is the Elbrus-2C +, which is the first hybrid high-performance processor of the MCST company. The processor contains two cores of the Elbrus architecture and four cores of the digital signal processors (DSP) of the Elvis company. The main sphere of its use are digital intelligent signal processing systems, which include image analyzers, radars and other similar devices. 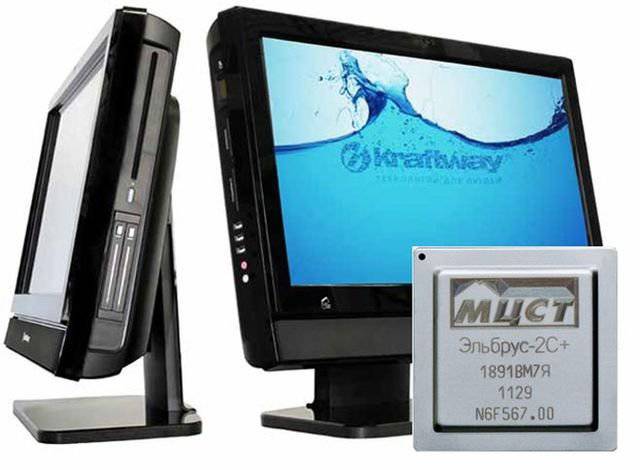 The second product is the microprocessor MCST R1000 (design name MCST-4R) - a quad-core model built on a chip with SPARC v.64 9-bit architecture. The processor operates at a frequency of 1 GHz with technological standards of release 90 nm. Each of its cores is able to decode and send for execution up to 2 commands per clock. The processor supports additional instructions for performing packaged and combined operations, as well as vector extensions VIS1 and VIS2. Possible areas of use of the MCST-4R processor, as well as a PC based on it: MVC4 / С, MVC4-RS include:

Wearable small-sized household computers for use as: a computer for conducting work in the field, for example, for conducting operational calculations, preparing documents for various purposes, storing reference information, etc .;
Computers of automated workplaces of operators for use in the role of means of displaying information, documenting work performed, etc .;
The terminals of test equipment on technical positions, as well as in the role of a device for preparing and storing documents associated with the use of complex systems;
Terminals of communication and electronic systems, wearable and mobile equipment complexes;
Embedded control computers for controlling the operation of special objects and solving complex problems of information processing in real time;
Mobile fault-tolerant servers to create automated systems for special purposes, in particular, automated systems of civil and military authorities.