Towards a nascent wave of nano-riots in Russia: what to do with them 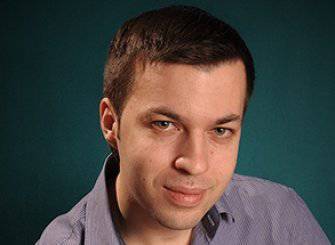 Mini protest as a new form of expression of discontent


In Novokhopyorsk, Voronezh Region, a local eco-revolt of opponents of the construction of a nickel mining plant soon after half a year paralyzed the work of industrialists and created a huge headache for local authorities.

In Baikalsk, a long-term eco-riot led to the elimination of large-scale production.

The eco-riot in Ulyanovsk, which had just appeared against the park development, irritated the authorities and paralyzed the work of the developers, provoking legal proceedings.

These are only the loudest examples of this year. Smaller examples across the country is much more easy or they have not yet reached the high level of discussion, or have caused their problems have been resolved.

There are several signs that unite these protests and allow us to talk about the emerging trend.

The urgency of the problems underlying the eco-riots, a casual observer in doubt. Not because there is no need to protect the trees and rivers, but because these problems coexist with much more acute, but for some reason not provoking riots questions.

For example, yesterday rallies and pickets were held across the country, timed to coincide with World Trade Union Action Day. I am sure that the majority of readers have heard nothing about them and the point here is not in the “media conspiracy”. Simply, these events are so faded, toothless and formal that they can not ignite any sparks lively interest. Meanwhile, their slogans are more than serious - from demands to raise wages, to stop the growth of utility tariffs to change the course of government economic policy.

Only on the faces of the poster bearers one can see that none of them are right now ready to rush under the bulldozer for the sake of the resignation of the cabinet of ministers - dull, mostly indifferent faces of the current members of trade unions.

But in the light of the emerging socio-economic situation in the country and the recent revelations of Dmitry Medvedev, the problems of an ordinary worker become not relevant, but super-actual. Protection of wildlife parts, no matter how important or seemed today to compete with them in actuality is simply incapable. However, it collects much more enthusiasts and sympathizers. We note this fact and move on to the next unifying feature.

Clarity of requirements and political integrity

The conciseness and clarity of the requirements of each eco-rebellion compares favorably with the former slogans of the Swamp. "Hands off the tree" clearer and closer to the common man, than, for example, "# banduputenapodsud". Apolitical requirements allows gain even greater public support and even to unite under one banner supporters of various political currents. The above examples vividly confirm the ability of left, right, nationalists, ecologists, Cossacks, minorities, etc., to live very well in the framework of solving a common task.

This, in turn, causes approval from neutral observers, who, seeing such unanimity, go into the category of virtual supporters of local riots (by the way, this is another sign - a positive perception of eco-protest of geographically distant observers) .

The excessive zeal of the American ambassador to Russia and a number of US-sponsored NGOs in support of the “swamp” protest ultimately discredited him in the eyes of a significant number of citizens of our country. Local riots compare favorably with the lack of clear sponsors, which strengthens the confidence of ordinary citizens and gives the character the truth of “nationality”.

The ratio of "the effort / result" eco-rebellions far more effective than all the "march of millions" combined. Under the influence of a handful of activists, without injections into media support, it is possible to push through local solutions - to prohibit building, to eliminate production, to stop the development of subsoil. Maximum results with minimum investment.

From easy to hard and back

Let us recall here that "marsh" rebellion had been born from the local environmental Khimki protest. However, he soon lost all contact with him, was overgrown with contradictions, swelled into something unviable and, loudly firing steam, was blown away. Now we are witnessing a rollback to the initial positions and, as it seems, an attempt to evolve along a more natural path.

Note that you should not look for the shadow of the mysterious director behind these systemic processes. Directors appear after, when they begin to clearly see their vested interest in spontaneous movements. In our case, we are witnessing a natural search for a new form of expression of protest moods of our fellow citizens. Why is it pouring into an eco-riot?

The struggle under the common slogans "against the government" and "for a better life" turned into nothing before our eyes and gave birth to great disappointment among its ordinary participants. It's frustrating when preserved protest dust pushes disgruntled at the performances of more mundane and specific issues. Those that have the prospect of a quick resolution. Why do people need it?

Without going into a lengthy argument, let's agree that the basis for the modern Russian protest is the thirst of the participants to be heard by the authorities. This is not a revolt of hard-working hard-working or deprived pensioners (although there are such people, but we are talking about a mass phenomenon), it’s for the time being just the desire to get the smallest bit of power and through it to assert ourselves a little. Quite natural, by the way, desire.

And according to this desire, the inglorious ending of "Bolotnaya" dealt a monstrous blow. A painful blow to the public who wants to assert itself through protest. Not only the one that stood in the metropolitan areas, but also in that which is sympathetic to her, clinging to the Internet or television. Moving away from the first shock, people began, perhaps unconsciously, but to suspect that they were deceived by the heralds of protest, the very same directors who appeared at the right time. And people are now looking for a new form.

This form should differ from the previous one radically. It must be apolitical, it must be understandable, righteous and transparent in terms of sponsors. So that it was impossible to be deceived again.

But, perhaps, the main thing is that this form must be promising, promise a quick resolution of the problem, that is, give the opportunity to at least a little, but to heal the wounded self-esteem, to recover from the blow.

Eco-protest meets all these requirements. He is laconic, understandable to everyone, gives a sense of belonging to the right cause, enjoys the support of society and gives a chance for a quick victory. Why am I so sure that we are witnessing the emergence of a trend, and not separate, unrelated incidents? Because this is the nature of phenomena - they are always looking for the most stable states. Rebellion in defense of nature in today's realities is the most stable form of protest, giving way to negative emotions of citizens. A little more - and it will become really fashionable.

What do the authorities do

If our hypothesis is confirmed and the trend will gain stability, then we are waiting for an endless series of eco-protests in various parts of the country. Therefore, the authorities will have to react to them somehow.

While the domestic Russian eco-revolt is green and weak, the “directors” have not yet connected to it. In that it could lead over time - well illustrated by the recent attacks on Russia by the PR corporation "Greenpeace". There is no doubt that our nascent environmental protest, if it develops, will try to take it and where it should be sent. There are plenty of options - from sabotage production under the “green” slogans to harassment of individual politicians and simple incitement of hatred between various groups of our compatriots. For example, I think that the residents of Baikalsk who have remained without work have long been mind to talk heart to heart with some "eco-activists" whose efforts have closed the plant.

In order to prevent the formation of the anti-state pseudo-ecological lobby in the country, the authorities need to move now.

A good solution would be the systematic elimination of objective reasons for the discontent - those against whom today there is no mass protest. These are the very problems of rising tariffs, unemployment, prices, etc. You look, then eco-riots will not grow into a mass movement.

However, this does not negate the timely response to local mini-riots. They need to respond. People want to feel at least a little power - yes, please! If the activists managed to find real violations of the law on the ground, let them protest and seek a fair solution. This is the prevention of corruption, and the opportunity for people to feel involved in the life of their locality - what they so actively and often unknowingly want. Give them this opportunity, and there will be less dissatisfied with the central government. Intervene and demand explanations from the local authorities if the case takes a serious turn, but do not fall for provocations that will inevitably exist and will be.

In general, the worst solution for the authorities - is ignoring the local eco-flash, and start to miss the beginning of a wave of protest mutate. I would even advise more - the authorities should create an environmental movement on their own, which will analyze each conflict episode in detail, initiate field checks and protect ordinary, but sometimes naive people from attempts at unfriendly manipulations. It is much easier than trying to inculcate a political protest. Indeed, in this case, both in power and in the most diverse citizens of the country are common interests.

Ctrl Enter
Noticed oshЫbku Highlight text and press. Ctrl + Enter
We are
List of destroyed the largest and most high-tech enterprisesHow can Russia survive and win in the 21st century?
Military Reviewin Yandex News
Military Reviewin Google News
72 comments
Information
Dear reader, to leave comments on the publication, you must to register.