Mobile "Poplars" under the gun "Tomahawk"? 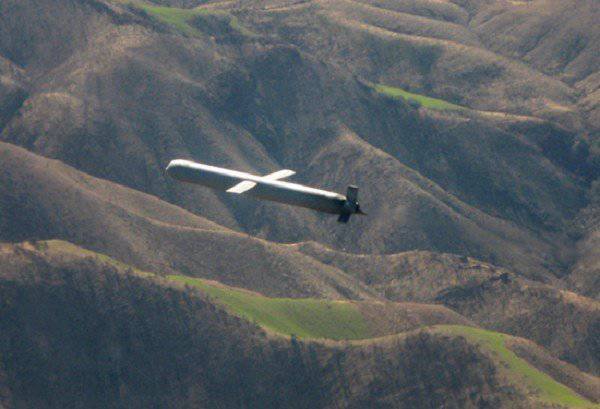 Raytheon completed the successful test of the on-board ESM (Electronic Support Measure) tracking system as an upgrade to the Tomahawk Block IV CD, reports October, ASDNews 8. The ESM includes a processor and antenna for detecting and tracking radio-emitting fixed and mobile targets. The capabilities of the system were confirmed in an anechoic chamber for seven months of testing.

“This new feature will allow a cruise missile to hit moving ground targets. We believe that the work carried out makes it possible to increase the combat effectiveness of the CD with reasonable costs ”, says Roy Donelson, director of the Tomahawk program at Raytheon Missile Systems.

The company continues to work in partnership with the US Navy to modernize the CD "Tomahawk". The rocket received a two-channel satellite communication system, which allows you to redirect the KR in flight. “The company provides Navy missiles with new capabilities. Tomahawk is an open architecture platform that is able to integrate new technologies with a high level of readiness, ”says Donelson. The new multi-mode seeker will allow Navy strike groups to hit mobile targets at long range.
Originator: http://www.asdnews.com/news-51483/Raytheon_Demos_New_Seeker_Technology_for_Tomahawk_Block_IV_Missile.htm
Translation: http://www.militaryparitet.com/ttp/data/ic_ttp/6154/

Note
It is not a big secret for what purpose this system is developed. In the "NVO", the mouthpiece of the Liebermans, Mikhail Rastopshin - Ph.D. It is not known what sciences, in the article "Mobile" Topol "under the gun" Tomahawk ", - with great fanfare praises, quote:" The United States is the world leader in the field of creation and combat use of SLCM and ALCM. To date, part of the Ohio-class nuclear submarines (APLs) in the USA have been converted into carriers of the Tomahawk SLCM. The program to create the Tomahawk SLCMB was adopted in the United States in 1972, and even then provided for strikes on Soviet strategic missile forces, points of state and military control. As a result of modernization and taking into account combat experience in the 2006, the US Navy adopted a new SLCM RGM-109E "Tactical Tomahawk" Block 4 with a combat unit in conventional gear. "
"NVO", the Internet version of 08.04.2011

And - "in the case of the approach of the American nuclear submarines in the waters of the northern and far eastern seas and being in close proximity to the borders of the Russian Federation, all positions of the Strategic Missile Forces and government control facilities fall within the zone of the SLCM (see “NVO” No. 41, 2009; No. 39, 2010).

The articles are quite old, we know, during this time a lot of water has passed under the bridge, many events have occurred on the beginning of strengthening the defenses of our borders. Now, the positional areas of field launch positions and patrol routes up to 10 have been expanded under the last Treaty. New systems of management, control and delivery of orders are being adopted. New means of masking and distortion BSP. These positions began to hide behind the "armor", the killers of the "Axes" and other air defense missile defense systems. Nevertheless, we should not lose sight of these aspirations of our sworn "friends" and take proactive measures to close the positional areas and protect them with both air defense and missile defense systems and electronic warfare systems and countermeasures to potential enemy space surveillance systems.