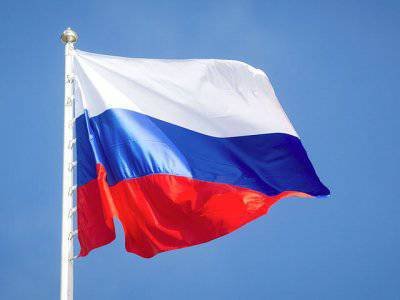 Attacks on Russian diplomats occur regularly. Starting with the newest stories Russia and to this day there is not a single year that would not be overshadowed by encroachment on the staff of Russian diplomatic missions abroad. Some attacks are purely criminal in nature, others are associated with the professional activities of diplomats. VESTI.Ru prepared a dossier where the loudest and blatant cases of encroachment on the life and health of employees of the Russian Foreign Ministry were entered.


April 6 2003 Year in Iraq, the US military was fired upon by a motorcade with Russian diplomats leaving Iraq before the US invasion. Several diplomats were injured. The US side was unable to clearly explain the cause of the shelling, shifting the blame to the Iraqi army.

3 2006 June year in Baghdad, unknown persons committed an armed attack on the car of the diplomatic mission of Russia. As a result of the attack, the embassy employees Fedor Zaitsev, Anatoly Smirnov, Rinat Agliulin and Oleg Fedoseyev were taken hostage. Another embassy official, Vitaly Titov, was killed. Three weeks later, terrorists announced that the Russians had been executed. Responsibility for the crime took the group called "Advisory Council of the Mujahideen," which is considered one of the units of Al-Qaeda. Sergey Ivanov, then Minister of Defense, said that the GRU and other special services were tasked with not only finding but also destroying the murderers.

August 20 2006 year was attacked by the Russian ambassador to Kenya, Vladimir Egoshkin. When the diplomat, along with his grandson and colleague, was driving along a highway near Nairobi, a child jumped out onto the road. Egoshkin slowed down in order not to make a hitting, and at that moment robbers attacked the car. After stealing valuables and money, they struck the diplomats with several blows with a machete and fled. The police detained the attackers in hot pursuit, and Egoshkin himself continued to work in Kenya after his recovery.

23 2007 June the year near the capital of Burundi, Bujumbura, soldiers killed a Russian diplomat, Vladimir Rashitko. According to the official authorities, he had previously, without stopping, passed several checkpoints and as a result, barrage fire was opened at the next checkpoint on his car. Burundi authorities have apologized for the incident. The mayor of the capital and the Minister of Defense of the country came to the place of the death of the diplomat.

November 29 2011 At the end of the year, the head of the Russian diplomatic mission, returning from a trip to Jordan, was beaten at Doha International Airport (Qatar) and beaten by customs and security officers who tried to inspect the diplomatic case with X-rays. During the incident, two other Russian diplomats were also injured who met Vladimir Titorenko. Russia demanded an apology from Qatar, but there was no reaction from the official authorities. After recovery, the ambassador was recalled, and diplomatic relations between Qatar and Russia were reduced.

9 September 2013 The first secretary of the consular department of the Russian Embassy in Abkhazia, Dmitry Vishernev, was killed in Sukhumi. An unknown person shot a diplomat twice in the head when he was driving out of the garage in his car. Together with Vishnernev, his spouse was seriously injured, who later died in hospital. The murder of the Russian consul was committed on the fifth anniversary of the establishment of diplomatic relations between Russia and Abkhazia. The diplomat’s killer was detained as a result of a joint operation by the Abkhaz and Russian law enforcement agencies.

October 3 2013 year, an armed group of people attacked the Russian embassy in Tripoli, the Libyan capital. One of the attackers was shot dead by the guard of the embassy; no one was injured by the embassy staff. Nevertheless, Moscow decided to temporarily evacuate diplomats and their families to Russia. Libyan officials apologized and promised to further strengthen the security. The attack on the embassy was the response of the local population to the murder of the Libyan military, committed by a citizen of Russia.

Ctrl Enter
Noticed oshЫbku Highlight text and press. Ctrl + Enter
We are
What will the next generation Humvee army car look like? (reflections in 16 photos)Results of anti-terrorist work on Dagestan in April 2014
Military Reviewin Yandex News
Military Reviewin Google News
28 comments
Information
Dear reader, to leave comments on the publication, you must sign in.