MFA: Russia is concerned about the construction of new US military bases in Afghanistan 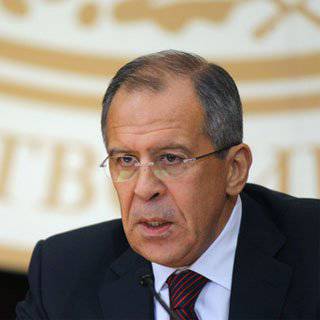 New military bases, which the US and NATO are building in Afghanistan for use after the withdrawal of international forces, cause concern in Russia, said Foreign Minister Sergey Lavrov.


"While contingents of the international security forces are being withdrawn from Afghanistan, the United States and some other NATO members are making plans for a residual presence. There is information that nine fully fortified military bases are being built in Afghanistan," note Lavrov, RIA reports.News».

“We ask questions about what is the purpose of this residual presence, and we are told that this is for training purposes and only for point operations, if necessary. It is still not very transparent, ”he said.

“In conjunction with their (US) attempts from time to time to negotiate with one or another Asian state about their presence in Afghanistan, the question arises what is the reason for this, because the withdrawal of international security forces is explained by the completion of their mission,” the minister added.

Lavrov believes that flirting with the Taliban, who want to talk only with the United States, bypassing the government of Afghanistan, could lead to a new conflict in the country.

“There are serious security problems, problems with the Taliban, who do not want to engage in a national dialogue with the government, who want to talk only with the Americans, which is unacceptable for the government for obvious reasons,” Lavrov said.

“Because of these delays and advances to the Taliban, bypassing the Afghan government, we are getting closer to a situation where the Taliban will not even be interested in discussing the government of national unity; they will be interested only in the seizure of power, one hundred percent, and this will be the reason for another war in Afghanistan, ”the minister added.

According to Lavrov, there are serious concerns that the Afghan authorities will not be able to ensure security in the country after the withdrawal of the coalition of international troops

Lavrov believes that NATO’s disagreement to cooperate with the CSTO in the fight against Afghan drug trafficking is based on ideological reasons.

“The CSTO has long been proposing NATO to establish cooperation in real time: NATO informs us which caravans (with drugs) are moving, so that it would be easier to intercept it on the outer perimeter of Afghanistan,” said Lavrov.

“However, NATO has constantly, for eight years, I think, avoids this kind of relationship. I suspect that they are doing this for ideological reasons, not wanting to see the CSTO as an equal partner, ”he said.

According to the Russian Foreign Minister, this behavior of NATO is regrettable, and this situation leads to the fact that the fight against drugs becomes less effective.

Kari Nasrullah, who heads the Taliban movement in the Afghan province of Kunar, said Friday that after the withdrawal of Western troops from Afghanistan, the Islamic emirate would be restored in the country.

The withdrawal of the bulk of the international coalition troops from the country is scheduled for the end of 2014 of the year. At the same time, the US has not yet decided on the final nature of the withdrawal of troops from Afghanistan. US President Barack Obama, in the wake of disagreements with Afghan President Hamid Karzai, is considering a scenario in which there will not be a single American soldier left in the country (“zero option”).

Previously, the main scenario was considered such that the United States would leave a reserve contingent in Afghanistan.