Will Ukraine go for the sugar carrot in the colonial herd? 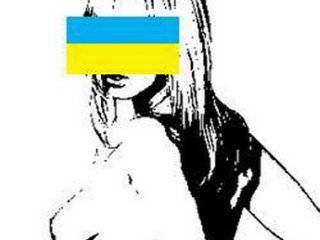 The consequences of the first act of the third world war, unleashed by Washington and Tel Aviv against the whole world, continue to affect the fate of the countries of the post-Soviet bloc. The United States and Israel, as winners, are engaged in occupation and looting. They pick up everything that is still bad. And what lay well, democratic vultures have long been taken apart by appointed oligarchs.


Meanwhile, as in any global war, the overall victory is not decided in one battle. International Abrahamism won the first battle. But, as it is now becoming increasingly clear, he will not be able to hold on to this victory. Both the United States and Israel will have to repeatedly hit the face on the table or get a table on the face and try to think about what they have done.

Significant events take place in the south of our country, in a newly independent Ukraine. This country, having escaped from the USSR, is now knocking at the door with the hands of an occupant on behalf of the USA and Israel. More precisely, not even to them, but only at the door to the service of a mongrel called the European Union. And in this corridor truly life-changing events unfold.

Europe hides its unwillingness to accept Ukraine as a full member in the EU for organizing new “important” interstate unions and partnerships. Thus, two foreign ministers - Radoslaw Sikorski from Poland and Karl Bildt from Sweden - even in 2008, came up with the idea of ​​creating the Eastern Partnership program.

This program was created as a deterrent to the aspirations of Ukraine and a number of countries aimed at integration with the EU. Now, five years later, you can analyze the real results of the program.

Among the main objectives of the EaP were democratic values ​​and economic cooperation. However, the final goal of the program remained unspecified. Many politicians still cannot explain the essence of the project.

Polish expert, director of the Center for Eastern Studies Olaf Ositsa says that it is completely unknown how much the task of the EaP is the future accession of these countries to the EU, how much political cooperation, how much economic integration.

The uselessness of this project is also evidenced by the fact that the VP does not have guaranteed funding at a level that could ensure the implementation of at least those modest and vague stated tasks. On 2009-2013 2,8 billion euros was allocated to the EaP budget. Given the number of countries participating in the project, this is an extremely small amount. Therefore, the implementation of the EaP program faces problems in different regions of the post-Soviet world.

Political scientists note that the scheduled for November 2013, the EaP Summit in Vilnius, like the previous summits, is likely to end with general declarations.

Will Ukraine go for the sugar carrot in the colonial herd?

In particular, in the case of Ukraine - although it is the largest recipient of funds under the EaP - it is impossible to speak of the essential role of the EU program. Relations with Kiev develop without logic. It came down to concluding an association agreement. At the same time, the Ukrainian economy is much more closely connected with the CIS countries (42 percent of the turnover) than with the EU countries (30 percent of the turnover). This indicates that for Ukraine any conflict between Kiev and Moscow can mean another economic crisis.

“Four years after the launch of the program, she has no political and social results. Ordinary citizens do not even know about its existence.

The desire of official Kiev to sign an agreement with the EU during the Vilnius Eastern Partnership Summit in the autumn of 2013 develops amid a sharp worsening of the crisis in the EU countries. Experts note an increase in protest sentiment in the countries of the former social camp and the Baltic states. A significant part of the population of these countries is not satisfied with the results of joining the EU.

Even members of the European Union themselves are forced to admit that integration is stalling. The American NGO "International Republican Institute" in May 2012 conducted a case study. The data obtained show that only 40% of respondents from Ukraine are on the side of the “international economic union” with the EU. But 37% are supporters of joining the Customs Union with Russia. And despite the fact that the focus group preparation was carried out by the Americans themselves. That is, on this they attributed to themselves percent 10 - 15 of the number of respondents.
That is why even the EU-biased sociological services, for example, the Democratic Initiatives Foundation, state that there has recently been "negative dynamics of civic opinion compared to the 2007 year, and the number of those in Ukraine supporting the country's accession to the EU is steadily decreasing" . Therefore, the number of votes is not 40% - 37%, but actually - 30% - 70% in favor of the Customs Union with Russia.

It should be noted that among the Ukrainian expert community does not stop the discussion. A significant number of politicians noted the lack of economic benefits for Ukraine from joining the EU. There are no political benefits: after all, an association with the European Union does not imply full membership of Ukraine in this organization. New connections impose only duties and responsibilities on Ukraine.

Ukrainian political scientist Vladimir Kornilov notes that adherents of European integration have not yet provided a single figure on the fact that signing the association agreement will give Ukraine’s economy. The whole argument, the political scientist notes, is built on the pseudo-importance of some common “civilizational values”.

Advisor to the First Deputy Chairman of the Verkhovna Rada of Ukraine Yevhen Tsarkov makes even more hard conclusions. He warns the population of Ukraine against joining the EU. In his opinion, such integration will lead to disastrous consequences for the "average Ukrainian."

“The result of Ukraine’s entry into the EU will be the elimination of petty trade,” Tsarkov asserts. - What will it mean for the people of Ukraine? It is no secret that a significant part of the population is engaged in the sphere of small trade. So, in European countries, such trade simply does not exist. Villagers will not be able to sell products from their backyard because it will be strictly prohibited. The West does not need you and me, but our territory and our natural resources, so it will strive to reduce the population of Ukraine to the level of 15-20 million people. And this “program” has already been successfully implemented through health care reform. So, European integration is death for the people of Ukraine.

Ordinary democratic values, built on the extremely backward foundation of the tribal method of government, in modern conditions no longer meet the requirements of international state building. In Ukraine, the line of national betrayal is clearly traced. A small group of people belonging to the Ukrainian fifth column in power intentionally and cheaply surrenders this once powerful industrial country. And surrenders to a handful of states that embarked on the path of statehood by historical by the standards only yesterday.

Modern theorists of states are increasingly turning to the model of a national state. In this, scientists see the only way out when foreign elements penetrate into power and destroy the state from the inside.

On the other hand, constantly increasing in size Western monsters require greater rallying from the Slavic countries. The time is not far off when the production and sales markets will no longer depend on the slave labor of the aborigines. When these markets will be directly dependent on the intelligence of a particular people.

In such conditions, the Ukrainian people should be interested in preserving national identity, as well as in integration with the fraternal Russian people. For the condition of the adopted child yesterday, the Neanderthal population of Europe does not promise anything good for Ukrainians.

Ctrl Enter
Noticed oshЫbku Highlight text and press. Ctrl + Enter
We are
A great interview with Sergey Lavrov: about Ukraine, Obama and IranWhat you didn't want to know about England
Military Reviewin Yandex News
Military Reviewin Google News
110 comments
Information
Dear reader, to leave comments on the publication, you must sign in.