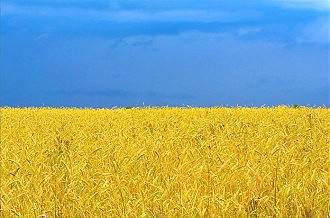 Over the past 22 years, there has been a discussion in the media about the modern definition of the economic structure that exists in Ukraine. Some analysts define the formation as wild, undeveloped capitalism, others use the term “oligarchic capitalism”, few say that we have developed capitalism and the beginning of the development of a post-industrial society. We give the following definition of the existing formation: industrial feudalism.


In this definition, we rely on the following characteristics of the formation: the presence of a mass class of powerless feudal peasantry. 35% - almost 15 million - Ukrainians live in the village, the remaining 35% - in cities with a population of less than 50 thousands of people who can be called large villages. In cities with a population of more than 1 million - Kiev, Kharkov, Dnepropetrovsk, Odessa, Donetsk - less than 10 million people live. This indicates the dominance of the rural way of life in the country.

Almost every Ukrainian family has a land plot. Most Ukrainian peasants conduct the natural character of production, that is, produce products for themselves; in Ukraine there is still no mass capitalist commodity production of agricultural products. At the same time, 70% of the population (including gardeners) are engaged in subsistence farming. 5 million peasant shareholders own land as feudal property. The peasants received the land as a feudal estate with rights to work in former collective and state farms. You can not sell land, you can rent out and pass by inheritance - the classic feudal land tenure. Land cannot be pledged in a bank; it is not capital.

In political terms, all power in the country - from the head of the district state administration to the governor, security officials, judges, prosecutors - is appointed supreme overlord, and not elected by the population. Full feudal vertical. In the country there are actually political dynasties. The Verkhovna Rada can be safely called the House of Lords, since sometimes the mandate of the deputy is inherited.

The presence in the country of agricultural enterprises, which belong to the owners of large-scale production, resembles the phenomenon of assigned factory peasants of Russia of the XVIII century.

Local authority itself exists on the principle of feudal feedings, when a policeman or official lives not at the expense of wages, but at the expense of the subject population, that is, bribes. The most important thing is that in Ukraine everyone perceives this as the norm and everyone has come to terms with it. What says about the feudal thinking of the population.

Laws on pensions and social benefits are purely class character.

Privileges and pensions are given in Ukraine to social strata as estates. And they are sometimes hereditary. For example, the children of participants in the war received the status of children of war or the status of the families of the victims.

The law on pensions for combatants, workers of the Security Service of Ukraine and the Interior Ministry, the military, and war invalids actually formed the feudal military class.

The law on pensions of officials and researchers formed the service class.

The law on pensions for harmful production (metallurgists, nuclear scientists, workers in the chemical industry) is reminiscent of feudal shop class privileges.

Laws on the status of a war veteran, children of war, Chernobyl victims, large families generally give benefits by date of birth, family composition and fact of residence - the feudal principle in its purest form.

In education, scholastic medieval humanities dominate. Most of our universities train psychologists, lawyers, managers, philologists, economists, and journalists. We will not be surprised by theologians and theologians soon.

In science, total obscurantism: Ukrainian scientists with a serious air speak of miracles and the divine origin of the world. Doctoral and master's theses are sold as noble titles in good old England.

The whole territory of Ukraine is divided according to the type of duchy and county into spheres of influence of the oligarchs and those who see what constitutes a feudal clan system. Such phenomena and concepts as cronyism, cronyism, families, patronage, the team, its people, our people, are modern evidence of this. The whole country knows these unwritten rules of the current feudal clan system.

The third estate in the face of the petty and middle bourgeoisie is oppressed and did not even become a class. Its representatives mostly lead the way of life of merchants in the medieval market. As for the industrial proletariat and the trade unions, they are in the development stage of the feudal shop: no one sees further professional interests.

There is another feudal estate in the country - craftsmen: these are watchmakers, dentists, jewelers, shoemakers, home appliance and car repairmen and others.

In Ukraine, there are no signs of not only post-industrial, but also industrial society.

Modern miners are the old, forgotten system of otkhodnichestvo (leaving serfs to earn money to pay the feudal dues money). No matter how regrettable we are, we are obliged to pay him for life.

The class of technical and humanitarian intelligentsia as such is absent according to the degree of influence. There is a sale of diplomas and titles, and therefore, and positions. Even rectors of universities are chosen with the active participation of the authorities.

In the demographic sphere, the institute of mistresses, kept women, second wives, who in the feudal society were called concubines, has long been widespread. At the same time, some Ukrainian girls dream of being a rich kept woman.

In ethnic terms, Ukrainians have not yet developed into a single bourgeois nation: the East and the West have different languages ​​and Christian denominations. Even the centers of religious influence in Ukraine are located abroad: Moscow, the Vatican, Constantinople. We are still in the pre-reform state. Indeed, one of the goals of the Reformation is to have our own religious center in the country.

Another important way of the economy is monopolists in the communal sphere, who live according to the principle of a medieval monopolist workshop. PREZHO, water utility, power grid, heating network - this is a closed monopoly organization.

The banking system does not set itself the goal of capitalist development of production, it works like medieval moneylenders for profit.

In economics, industrial barons created the classical system of industrial feudalism with elements of subsistence farming. They carried out free privatization through the privatization checks of the labor collective. Industrial barons received their factories for free as feuds. High overlord L. Kuchma paid the "red directors" for political support during the 1994 presidential election. And in general, the fate of industrial barons depended and depends on their relationship with the country's supreme overlord - the president. Full feudal vertical. Even with the change of ownership of the industrial baronate, the principle of feudal clan relations in the baronate does not change. The industrial baronate includes production itself, its own bank, an insurance company, a factory hospital, recreation facilities, dispensaries, children's camps and kindergartens, a sponsored school, its own agricultural enterprises and food shops, shops, its security, transport, Aviation, his sports team, newspaper, radio, television, his faction in the local council, and sometimes the mayor - the protege of the enterprise.

Industrial barons influence a part of the territory of a region, a population on which they can have a social and political impact. Due to the fact that working enterprises are the only source of income for the population of certain regions, a rigid disciplined management vertical has been built inside the baronates.

In addition to the above criteria of industrial feudalism, I would like to give a description of the power structures. For example, the traffic police are ordinary posts for the collection of the medieval camp tax on merchants who moved from city to city, only now instead of merchants there are owners of trucks and passenger cars.

And now let's touch our pride - the Ukrainian army, which has long been recruited not by the general appeal of the entire male population and not on a professional basis. We have a recruitment recruitment of a small part of the population free of charge. This is the principle of recruiting the army of tsarist serf Russia in the XVIII-XIX centuries.

According to the definition of Lenin, with the king-father, we had feudal-military imperialism; Stalin, by our definition, built state industrial capitalism, but we built industrial feudalism with elements of capitalism as a lifestyle in 22 year of independence. This is neither bad nor good. It is a fact.

Ukraine should try to at least get into the waiting room of the golden billion (Western European countries, USA, Canada, Australia, Japan) of the information society. An information product is any information that a person can create and sell through the Internet. These are new information communications. This is a new information structure of the economy, in which the role of the state recedes into the background.

With the successful development of the information society, the inevitable democratization of society takes place, the state will be assigned the role of process coordinator. The question of starting to build an information society is a matter of 2015 presidential elections of the year. In the 2015 year, we choose not a development vector, not a form of civilization, and not a personality. This is the choice between the second and third millennium. Between industrial feudalism and the post-industrial information knowledge society. Between a society of free information intellectuals and a society of estates. Our cultural, geographical, intellectual proximity to the peoples of Europe, the presence of our own diaspora in Europe, the USA, Canada, Australia, allow us to hope for a chance of successful integration of Ukraine into the information society - the knowledge society.