October 9 2013
350
On the night of October 6 in The Hague, people in police camouflage uniforms broke into the apartment of Dmitry Borodin, an employee of the Russian embassy. The inviolability of the diplomatic person burst in was not of interest. They did not present documents. Having overcome the lonely resistance of Comrade Borodin, the Hague police knocked him down, handcuffed him, hit him on the head, and then took him to the police station. They released him only in the morning. No explanation was given to the diplomat. Only the pretext for the invasion is known: as if a signal had come from someone that the diplomat was tormenting his children, why they were crying and interfering with the neighbors sleeping. The outrageous beating of a Russian diplomat entered the top world News. V. Putin demanded clarification from The Hague. The ambassador of the Netherlands, Ron van Dartel, was called to the Russian Foreign Ministry, who was handed a note of protest. Borodin himself believes that the cause of the incident is his work to strengthen ties and friendship between Russia and the Netherlands. The media is spreading a version related to the recent arrest of Greenpeace participants in Russia. Experts are already hinting at the Cold War ... 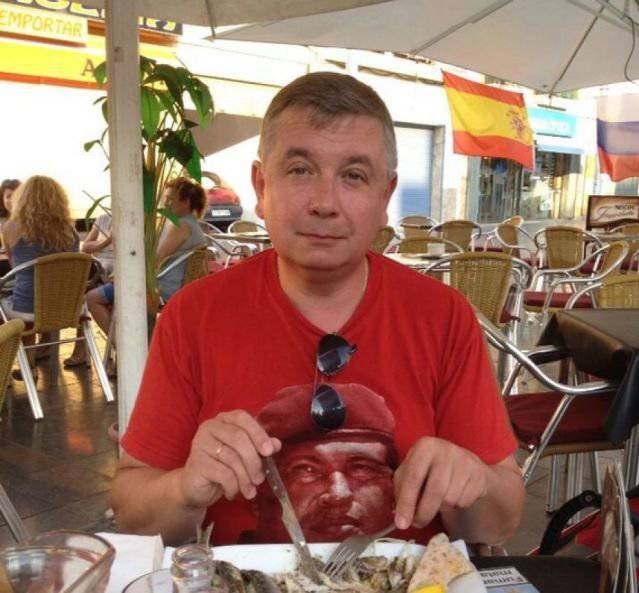 They beat the owner of the apartment on the eyes of his children. Anastasia Popova ("Vesti") reports that Moscow demanded immediate explanations from Amsterdam, but in the Netherlands they are not in a hurry.

Dmitry Borodin, Minister Counselor at the Russian Embassy in The Hague, told himself about what happened at night:

“He started pushing me into the apartment, I started pushing him back. I defended the children, because I did not know what kind of people they were. They showed no tokens or police badges. There was no order to search, inspect the premises, nothing at all. They knocked me down, beat me with a baton, handcuffed me. Then - a blow to the head. Meanwhile, they looked at the contents of my wallet. ”

One policeman unbuttoned his holster and put his hand on the gun. Then the handcuffed diplomat was taken out of the house, and then children were dragged out.

“She has a hefty shred of hair in the form of rolled up mats. They pulled, apparently, so she went. This is my guess. But the fact that she lost a shred of hair is a fact. ”

So the diplomat talks about how the police dragged his daughter.

Neighbor complaint? Well no. Dmitry is on friendly terms with neighbors. They often walk with the dogs. Actually, this is what one of the neighbors said:

“I saw policemen, heard shouts, swearing, but I do not know what happened. In general, we have decent people who live, a quiet courtyard, there have never been any complaints. ”

The report notes that the Minister Counselor participates in the conduct of the cross year of Russia - Holland. In his opinion, someone does not like it.

In the police station, where Borodin and his children were held for nearly half the night, they refuse to explain the incident. The mayor of the city, who is responsible for the actions of the police, does not want to meet with journalists.

As for the Ministry of Foreign Affairs of the Netherlands, it initially unofficially admitted that the police had exceeded their authority. However, it takes time to complete the investigation.

The Minister for Foreign Affairs of the Netherlands spoke about the attack on a Russian diplomat. According to him, he is ready to apologize if the investigation confirms the violation of the Vienna Convention. In the meantime, the head of the Dutch Ministry of Foreign Affairs is not sure that the local security services acted illegally; "Vesti".

Uliana Gortinskaya ("But") talked about the incident in The Hague with the head of the Council on Foreign and Defense Policy of the Russian Federation Fedor Lukyanov. He said that in the actions of the Netherlands authorities the features of the Cold War are visible and noted that similar incidents with Soviet diplomats in the West or Western diplomats in the USSR happened “absolutely by accident”. According to Lukyanov, the Dutch representatives may have considered what is happening with “Arctic Sunrise” an extreme case that requires an appropriate response.

“This is a gross violation of the Vienna Conventions. We are waiting for explanations and apologies, as well as punishment of the perpetrators. And depending on how the Dutch side will behave, we will react. ”

Negotiations with the Netherlands have so far led to nothing positive.

An official reaction to the latest statement from The Hague appeared on the Russian MFA website, the same NTV reports. According to Alexander Lukashevich, a representative of the Ministry of Foreign Affairs, the results of the negotiations (from October 8) with the Dutch colleagues cannot be satisfied with the Russian side:

“The outcome of the conversations that took place was more than disappointing. The reaction of our Dutch partners was unintelligible, unacceptable and not appropriate to the level of Russian-Dutch relations. The attempt of the Dutch side to somehow justify the harsh police action does not stand up to elementary criticism. ”

Evgenia Novikova ("Independent newspaper") recalled that the Russian Foreign Ministry had previously offered the Netherlands to give explanations on October 8 before 18.00 Moscow time.

The answer from the Dutch side, which arrived around 18 hours, was precisely that the Netherlands was ready to apologize to Russia, but only if the investigation confirmed the violation of the Vienna Convention. The fact that the relevant investigation is underway, said the representative of the Ministry of Foreign Affairs of the Netherlands Theiss van Son.

Echo of Moscow indicates that in the Dutch press there were reports of a “drunken state” of Dmitry Borodin. There are also reports that law enforcement officers came to the diplomat’s home twice. The cause of the first call, Saturday, was the accident, which allegedly arranged spouse Borodin, contrived to damage four parked cars.

Writes about it and RBCreferring to the Dutch edition of NOS, which reported that the detainee Dmitry Borodin and his wife were drunk. On Saturday, the wife of D. Borodin allegedly arranged an accident near the house, damaging four cars at once. She herself was injured in the neck and back. The police have determined by the number that the car belongs to the Russian embassy. According to them, the woman was drunk and tried to resist the doctors.

The next call seemed to come from the neighbors: they were disturbed by the cries coming from Borodin’s apartment. From the point of view of the Dutch edition, the police noted that the man "was under the influence of alcohol." They were told that the tenant of the apartment was a diplomat, but for the sake of the safety of the children, they still decided to take Borodin to the precinct.

So, it remains to wait for the results of the investigation. It is already clear that at eighteen hours of yesterday the Netherlands did not achieve anything and did not intend to hurry with apologies or conclusions. And the longer the authorities pull back, the more speculation will appear in the Western and Russian press.

By the way, the Vienna Convention does not remove immunity even from drunk diplomats. Therefore, the Netherlands should apologize for the violation of the convention, and only then investigate the case - as much time as is required by law.

Observed and commented on Oleg Chuvakin
- especially for topwar.ru
Ctrl Enter
Noticed oshЫbku Highlight text and press. Ctrl + Enter
We are
Situational analysis of the death of the MH17 flight (Malaysian Boeing 777), made on the basis of engineering analysis from 15.08.2014Results of the week. "Enter the ambassador citizen!"
Military Reviewin Yandex News
Military Reviewin Google News
350 comments
Information
Dear reader, to leave comments on the publication, you must to register.