The Pentagon embodies the images of the "Terminator" 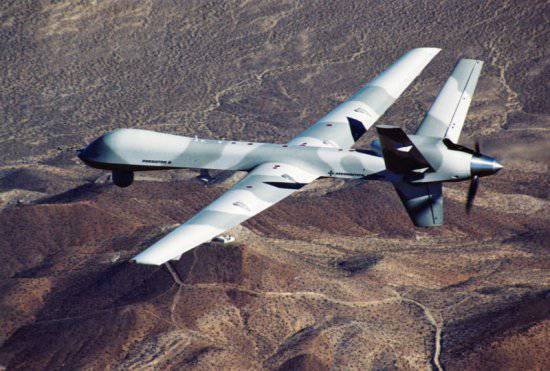 In Hollywood science fiction films, the image of an unmanned aerial impact vehicle is often traced.

The United States is the leader in world construction and UAV design. And they do not stop at what has been achieved, everything, increasing the UAV fleet in the armed forces more. Having received the experience of the first, second Iraq campaigns and the Afghan campaign, the Pentagon continues to develop unmanned systems. Procurement of UAVs will be increased, criteria for new vehicles will be created.

At first, the UAVs occupied the niche of light reconnaissance aircraft, but already in the 2000s, it became clear that they were also promising as attack aircraft - they were used in Yemen, Iraq, Afghanistan, and Pakistan. UAVs have become full-fledged shock units.

The Pentagon’s latest purchase was an order for the 24 drone drone type MQ-9 Reaper. This contract will almost double their number in the military (at the beginning of 2009, the US had 28 such drones). Gradually, the "Reapers" (according to the Anglo-Saxon mythology, the image of death) should replace the older "Predators" MQ-1 Predator, they are armed with about 200.

The MQ-9 Reaper UAV first flew in February 2001. The device was created in 2-x versions: turboprop and turbojet, but the US Air Force, interested in new technology, indicated the need for uniformity, abandoning the purchase of a reactive version. In addition, he, despite the high aerobatic qualities (for example, a practical ceiling up to 19 kilometers), could be no more than 18 hours in the air, which the Air Force did not get tired of. Turboprop model went into a series on the 910-strong engine TPE-331 - the “brainchild” of the company Garrett AiResearch. 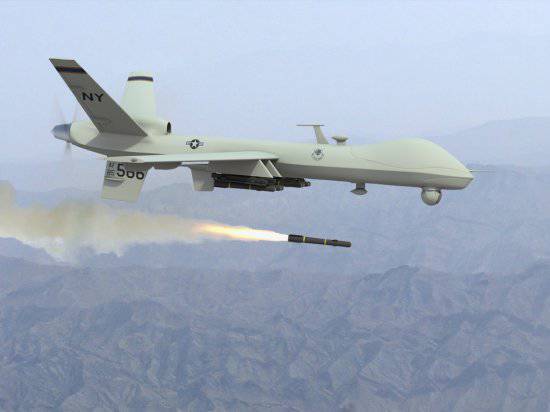 Weight - 2223 kg (empty); 4760 kg (maximum);
The maximum speed of 482 km / h and cruising is about 300 km / h;
The maximum flight range is estimated at approximately 5800-5900 kilometers;
With a full load, the UAV will do its job for about 14 hours. In total, the MQ-9 is able to stay in the air for up to 28-30 hours;
The practical ceiling of the vehicle reaches 15 kilometers, and the working level of heights is 7,5 km;
The Reaper's armament is stronger than its predecessor: it has 6-points of suspension, the total payload is up to 3800 pounds, so instead of the 2-x AGM-114 Hellfire guided missiles on the Predator, his more advanced fellow can take up to 14 SD. The second option to equip the Reaper is a combination of 4's Hellfire and 2-x five hundred pound corrected GBU-12 Paveway II laser-guided bombs. In the caliber 500 pounds, it is also possible to use GPS-guided JDAM weapons - for example, GBU-38 ammunition. Weapon Air-to-air class is represented by AIM-9 Sidewinder rockets and, more recently, AIM-92 Stinger - a modification of the missile of the well-known MANPADS, adapted for air launch.

Aviation: Radar AN / APY-8 Lynx II with synthetic aperture, capable of operating in mapping mode - in the nose fairing. At small (up to 70 nodes) speeds, the radar allows you to scan a surface with a resolution of one meter, scanning 25 square kilometers per minute. On large (about 250 nodes) - up to 60 square kilometers. In the search mode, the radar in the so-called SPOT mode provides for receiving, from a distance of 40, kilometers of instant "snapshots" of local ground areas of 300x170 meters in size, with a resolution reaching 10 centimeters. Combined electro-optical and thermal imaging sighting station MTS-B - on a spherical suspension under the fuselage. Includes a laser rangefinder-pointer, capable of targeting the entire spectrum of US and NATO ammunition with semi-active laser guidance.

In 2007, the first “Reaper” attack squadron was formed; they entered service with the 42 attack squadron, which is located at the Krich air base in Nevada. In 2008, they were armed with the 174-e fighter air wings of the National Guard Air Force. Specially equipped "Reapers" is also at NASA, the Ministry of National Security, at the Border Service.

The system was not offered for sale. From allies "Reapers" bought Australia, England. Germany abandoned this system in favor of its developments and Israeli.

The next generation of medium-sized UAVs for the MQ-X and MQ-M programs, should be on the wing for the 2020 year. The military want to simultaneously expand the combat capabilities of the drone drone and integrate it as much as possible into the overall combat system.

- I plan to create such a basic platform that can be used in all theaters of military operations, which will multiply increase the functionality of an unmanned air force grouping in the region, as well as increase the speed and flexibility of response to emerging threats.

- Increase the autonomy of the device and increase the ability to perform tasks in difficult weather conditions. Automatism of take-off and landing, exit to the combat patrol area.

- Interception of airborne targets, direct support of ground forces, the use of a drone as an integrated reconnaissance complex, an EW task complex and the task of providing communication and coverage of the situation in the form of deploying an information gateway on the basis of an aircraft.

- By 2030, they plan to create a drone-tanker model, a kind of unmanned tanker capable of supplying other aircraft with fuel - this will dramatically increase the duration of stay in the air.

- There are plans to create UAV modifications that are involved in search and rescue and evacuation missions related to aviation the transfer of people.

- In the concept of combat use of the UAV is planned to lay the architecture of the so-called. “Swarm” (SWARM), which will allow for the joint combat use of groups of unmanned aircraft for the exchange of intelligence information and strike operations.

- As a result, the UAVs should “grow” to such tasks as the inclusion of the country in the air defense system and even strategic strikes. It belongs to the middle of the 21 century.

The main requirements of the Navy:

-deck-based, including landing without violating the stealth mode;

- two full-fledged armament installation compartments, the total weight of which, according to several reports, can reach two tons; 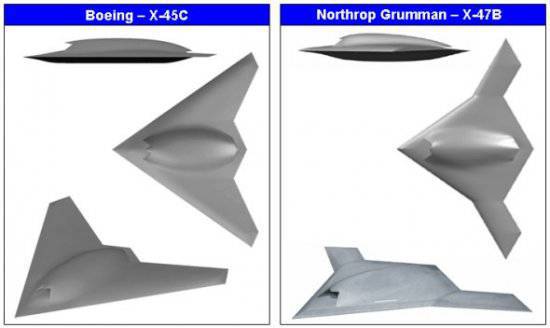 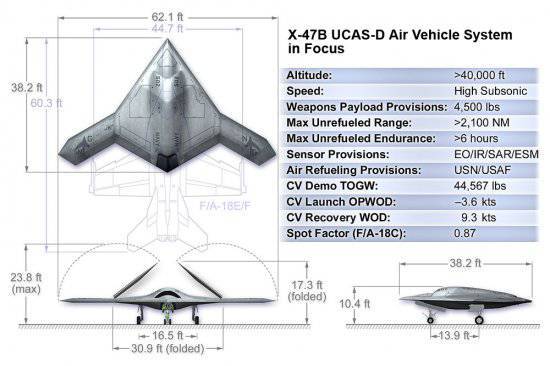 US develops a list of requirements for the 6 generation fighter

- Equipping the next generation of onboard information and control complexes, stealth technology.

- The possibility of unmanned control.

- The electronic component base of the aircraft’s on-board systems must give way to an optical one built on photonic technology, with a full transition to fiber-optic communication lines.

Thus, the United States confidently maintain its position in the development, deployment and accumulation of experience in combat use of UAVs. Participation in a number of local wars allowed the armed forces to maintain personnel in combat readiness, to improve equipment and technology, combat deployment and control schemes. The sun received a unique combat experience and the ability to practice without major risks to open and correct the flaws of the designers. UAVs become part of a unified combat system - waging a “network-centric war” 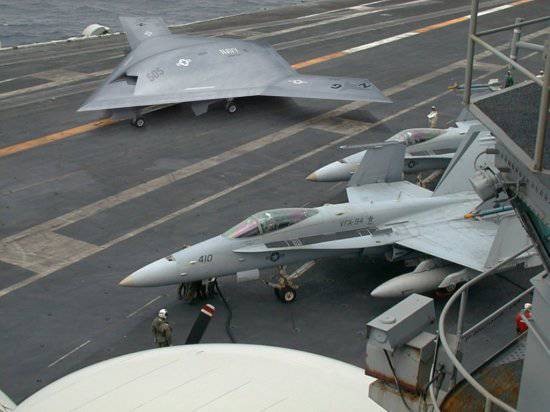