In memory of General Birsan 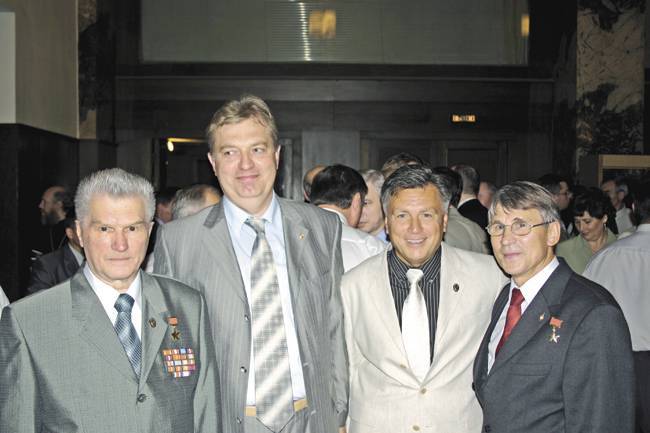 It is painfully difficult to write in the past tense about who has been your closest friend and ally for many years. However, this is necessary for the sake of preserving the memory of this person, a professional of the first magnitude, not only in Ukraine, but also in the entire CIS.

I'm talking about Lieutenant-General Oleksandr Semyonovich Birsan, who died on the night of 28 on 29 on September, the head of the Alpha Special Unit and the State Security Directorate of Ukraine of past years.

Alexander Semenovich 9 was born on June 1955 of the year in the city of Dnepropetrovsk. His career began in the 1979 year at the Southern Machine-Building Plant, where in Soviet times the legendary ballistic missiles SS-18 were produced.

After the army returned to the plant, and in 1982, he was hired by the KGB in the Dnipropetrovsk region. The next page is service in the Ninth Directorate of the KGB of the Ukrainian SSR. From 1985 to 1998, he went from being an officer to the first deputy head of the State Guard Department of Ukraine. Working in the famous "nine", he provided security for Leonid Kuchma, first as prime minister and then (for five years) as second president.

From 1998 to 2003, Alexander Semenovich served in the state security agencies of Ukraine. Now his life was connected with the Alpha group of the Security Service of Ukraine. 27 May 1998-he is appointed head of the Directorate for the fight against terrorism, protection of participants in criminal proceedings and law enforcement officers, and later becomes deputy head of the Anti-Terrorism Center at the SBU.

Under his rule, Alpha received the status of “head office”. However, it's not just the name. Through the efforts of commanders and officers, we received a well-structured, vertically coordinated force unit capable of performing the task of increased complexity.

Alexander Semyonovich said about the division as follows: “Our guys are like pumped up“ balls ”who, nevertheless, continue to professionally train themselves further. Their energy, constant combat readiness require a way out - they rush into action, give all the best to the exercises, to the training ground, to win the competition. And I tell them this: our division at the level that has been achieved is a serious factor in deterring all sorts of illegal ideas, potential terrorists and criminals. We have something to protect the country in the framework of anti-terror. We are in ourselves a weighty argument in favor of the rule of law. Even if our fighters are not demanded for five or ten years, it will be cheaper for Ukraine than later the whole world will dismantle the ruins of a technologically dangerous object, pull people out from under them, make concessions to the terrorists. ”

In July, 2009, Alexander Semenovich received a proposal to return to Alfa, but at the last moment everyone outplayed, and Viktor Yushchenko signed a decree on his appointment to the post of head of the State Guard Department of Ukraine.

Turning to the former “nine”, Alexander Semyonovich voiced the position that he would not have personnel who came to UGO because of some political convictions: “I remember well how the service was delivered earlier, and I will stand for the continuity of traditions, that is, ensuring stability. " In a new capacity, he did a lot to debug the work of the state security. And he completely coped with his task, making a bet on the professionalism of employees, and not on political convictions.

To the question of what is missing HBO, General Birsan answered: “Sensations of the likelihood of a real counter bullet. I want the "nine" was closer to the "Alpha". Then there will be a higher percentage of security guarantee for the protected person. Sometimes it is necessary to react both to the grenade without checks and to the shot. ”

In April, 2010, by decree of President Viktor Yanukovych, General Birsan was dismissed from his post as head of the UBO of Ukraine. However, people of this magnitude are always in demand. And on January 14, 2011 was followed by a new appointment - the first deputy chairman of the National Agency for the Preparation and Holding of the Finals of the European Championship of 2012 in Ukraine in Ukraine, as well as the head of the Interagency Security and Law Enforcement Coordination Headquarters.

Under his leadership, security personnel were prepared for situations when, if necessary, they had to show all their best qualities, from professionalism to dedication. The fact that the all-European holiday of football was held in Ukraine at a high level and without any incidents, there is undoubted merit of General Birsan. Although the championship itself has already passed without his participation.

19 July 2010, the Prime Minister Mykola Azarov, signed a decree on the establishment of the Institute of Public Security Management (TSS) of the Taras Shevchenko Kyiv National University. Alexander Semenovich Birsan became its director. It seemed a new page was opening in his biography. And in this capacity, starting with a clean slate, he managed to do a lot in his field. But the sudden death crossed all his plans ...

Making and maintaining contacts, Alexander Semenovich was a frequent guest in Moscow, Minsk and other CIS capitals. Among his friends are the Hero of the Soviet Union Gennady Nikolaevich Zaitsev, Sergey Goncharov, Vladimir Berezovets, who are heads of the Russian veteran organization of Group A.

In 2012, General Birsan heads, as a captain, the Ukrainian delegation at the First International Games among veterans of the state guard of Belarus, Russia and Ukraine, held against the backdrop of a big holiday - the 200 anniversary of the Battle of Borodino.

The purpose of the First International Games was not so much sports as the establishment of solid friendly and warm veteran relations between colleagues and the opportunity to exchange experiences in matters of social and other assistance to veterans, both in their countries and in the CIS.

As for sports, Alexander Semenovich was a real billiard ace. So, for example, at the III International Team Billiards Tournament "Shield and Sword", held in spring 2013 in Minsk between veterans of security ministries and departments of Belarus, Russia and Ukraine, General Birsan took third place in the individual competition.

“I received my first general rank in 1998,” said Alexander Semenovich. - Then, probably, it was somewhat insulting, because I worked for three years as the first deputy head of the State Guard Department - at the general’s position, and only received the title by transferring to Alpha. Here is a casuistry. But this concerns only me ... And when I left the post of the head of the “A” Directorate, and this was the post of lieutenant-general, it would still be in the rank of major general. What am I leading to? You see, with all sorts of titles, I have already burned out. Not because I'm not interested - a star will be added to epaulets or not. To this I am calm. Not the title is important, to be honest. More important is the authority in the team. ”

The loss is great ... To fill it up, you need a man of the caliber of Birsan - with his enormous, rich experience, genuine authority, wisdom, breadth of the soul and the usual sparkle in his eyes. Thank you for being with us, Alexander Semenovich! Eternal memory to you.

President of the International Association of Veterans of the divisions of counterterrorism "Alpha", Kiev