February 21 2011
0
There are songs that are not subject to time. Each next generation gladly listens to them, experiencing with nothing transmitted excitement. Of course, I mean the songs of the war years, and songs about the war that were written later. These works are remembered and loved. When military songs are played, even not very sentimental people run through goosebumps and squeeze their throats. Words simply fascinate, forcing to take a fresh look at the world, to appreciate every moment. The greatness of these songs, their warmth penetrate the very heart of each person. Thanks to military songs, people will always remember those who defended their homeland, who fell in battle, but did not let the enemy pass. These heroes gave their lives for the sake of their children and grandchildren, their eternal memory! 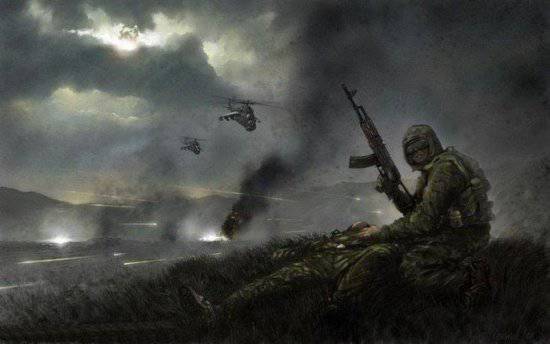 Main love songs about the Great Patriotic War. This theme has inspired many composers and poets in different years to create beautiful compositions. Songs about the war as well as possible reveal the character of the Russian people, the national culture. These works were performed more than once by many wonderful artists, the popularity of these songs only grows every year.

There is no such person in our country who have ever heard such songs as “In the Dugout”, on Surkov's verses, Listov’s music, “Darkie” - Shvedov’s verses, Novikov’s music, Three Tankists ’poems of Laskin, Pokrass’s music and many a lot others. No less famous are songs of the post-war years. The most popular among them are “The Enemies burned their own hut” to the lyrics of M. Isakovsky, the music of M. Blunter, “Victory Day” to the lyrics of V. Kharitonov and the music of D. Tukhmanov. Currently, there are many music sites on the Internet where you can Download mp3 files of favorite songs.

The best songs about the war are considered to be works written by Bulat Okudzhava and Vladimir Vysotsky. Solemn, a bit tragic, but devoid of any pathos: "And we are with you, brother, from the infantry," "The birds do not sing here," "Who said" everything burned to the ground, "" Why is everything wrong? ".

These songs are familiar and loved to us since childhood, they touch the soul. Such works should be more often listened to by the current generation, so that they know about the war, appreciate the feat of that generation and preserve forever the memory of the war and those who died in it.